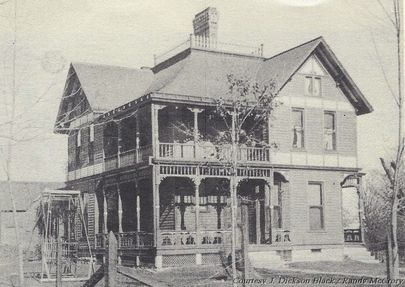 ​101 N. E. 5th Street, the Hurley House, was built in 1887. This Victorian house was designed in what was known as the Stick-style. This house is said to have been built as an example to be copied in the development of the town.

The first date in the abstract for this property was in 1838, at which time John B. Dickson purchased the land. In 1839 he sold part of his property to Nicholas Spring who was one of the first businessmen in Bentonville. Mr. Spring bought and sold many pieces of property in town. For many years this land was owned by various descendants of Mr. Spring.

In 1883 they sold it to William B. Deming who had moved here from Ohio. Deming was a builder, and this land became known as the Deming second addition in Bentonville. The house standing today was built by Deming in 1887 for $3.000. It is said that he planned this addition to have all large houses for the well-to-do in town.

Dr. Hurley, already being a well-known doctor with a large practice, moved his office to his house.  He fixed up two rooms so he could keep patients who needed to be cared for day and night. At that time there was no hospital in Bentonville, but part of Dr. Hurley's home was, in essence, used as a hospital for many years. He continued to keep his office here until he retired. The doctor passed away February 29, 1940, and the home went to Madge Wright, a single unmarried women who sold it to James C. and Sophie Knott in 1941. On June 20th, 1950, after the death of James C. Knott, Sophie sold the house to Sam M. and Villa N. Cowan. After the death of Sam N. Cowan, Villa sold the house to James S. and Martha Etta Jarrell on March 22, 1961. They in turn sold it to Doyle H. and Betty J. Houtchens on May 1, 1979.  It is likely the finest Stick-style dwelling in all of Benton County. 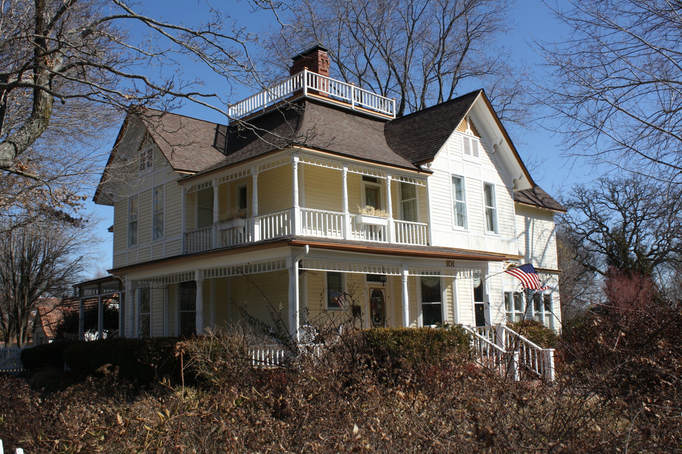