The People's Bank building was built in 1887 by Mr. I. B. Gilmore who was an officer at the bank.  At the time it was built it was said to be the most beautiful building in the county, having been built in a Renaissance Revival design. A decorative parapet sat above the corner entrance (above the current broken pediment and urn). When it was built, it had two storefronts facing Central Avenue but the building has been unrecognizably altered.

One of the most exciting events to have happened in Bentonville's early days occurred at this building in June 1893, when Henry Starr, Kid Wilson and four members of their gang robbed the People's Bank building. (See the Events section for a full recounting of the bank robbery)

In the 1890's, the upstairs housed W. A. Dickson Attorney of Law, Watson the Optician (room 1), and J. A. Combs Physician & Surgeon.  Also, in the 1890's, the basement of this building was used as a meat market, and was also Boggs Cafe.  At the far south end of the building on Main Street was Kit Campbell's Barber Shop in 1919. 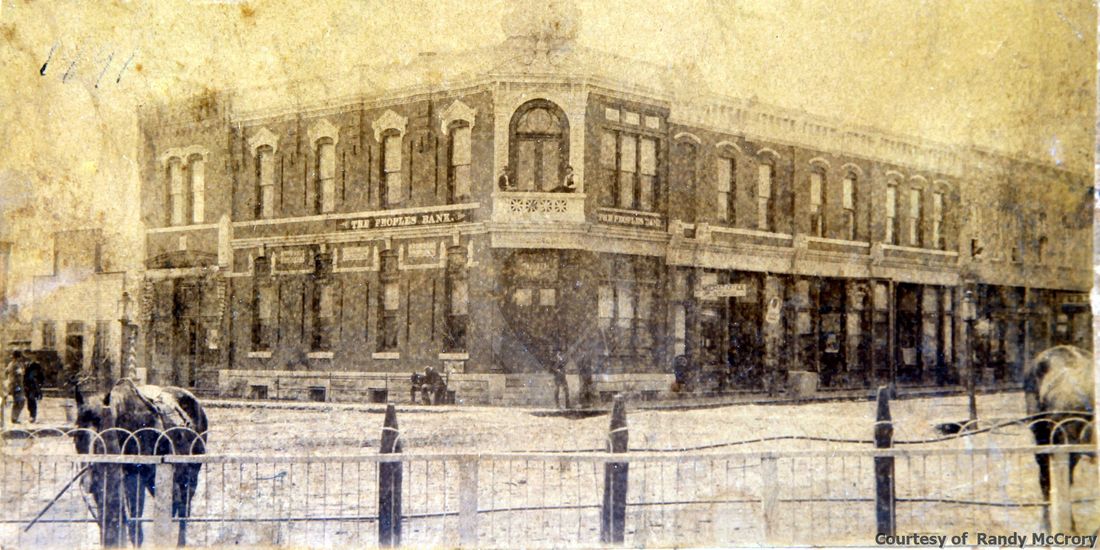 ​Panoramic view looking at the southwest corner of the Bentonville Square in Bentonville, Arkansas