​105 and 107 N. Main St - One business within these two addresses served as the post office in the very early days, with E. H. LeFors being appointed as postmaster in 1877 and again in 1885. In the south half of the building in the 1880's, this location housed J. H. & J. P. Burns Wholesale/Retail Store dealing in staple and fancy groceries, cigars, and tobacco.  In the 1890's, the south half of the building (the 105 address on the left) was Peel & Lefors Grocery. In the building on the right was Hayden & Looney Drug Store and City Drug and Books which both occupied the space at 107 N. Main. In early 1900's, there were 2 different grocery stores at this location, first F.F. Floyd Grocery Company, then Wright Grocery Company. Located upstairs was the Journal Printing office. Also in the early 1900's, the south side was occupied by Z. E. Keck Racket Store which was a variety store.  Jackson Dry Goods was in the building around 1910. In the 1920's, the south side of this building became Harrison's Variety Store while the north side was Harris Barber Shop.

In May 1950, Sam Walton moved to Bentonville from Newport, Arkansas. He purchased Harrison's Variety Store and not much later acquired the barber shop next door and then tore down the wall between the two. He quickly set out to modernize the building. He added structural glass to the upper windows of the store and also had stucco applied to the building, covering the old brick. All of the old store fixtures were taken out and replaced with updated shelving. "Walton's 5 - 10" lettering was placed across the front of the building. Mr. Sam, as he affectionately became known, had his grand opening on March 18, 1951. It was the first self service variety store in the state of Arkansas. The store had been completely remodeled and restocked and was said to be one of the finest stores in Northwest Arkansas. Little did people know that someday that little store would be the symbol of a new era of retailing in the United States and would later totally change the look of Bentonville. The Walton's 5 & 10 was at this location until 1967. That year Mr. Walton opened Walton's Family Center in the Mid-Town Shopping Center next to the Phillips Food Center. The former Walton's 5 & 10 location was leased to C. R. Anthony's, which was a clothing store. After Anthony's closed, the building was leased  to Town Square Restaurant as an ice cream and sandwich shop.

Today, the site of Sam Walton's first Bentonville retail venture is the home of the Walmart Museum and showcases the history of the Walmart empire. It is visited by people from around the globe. 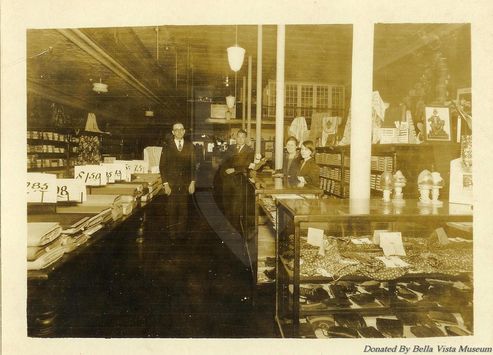 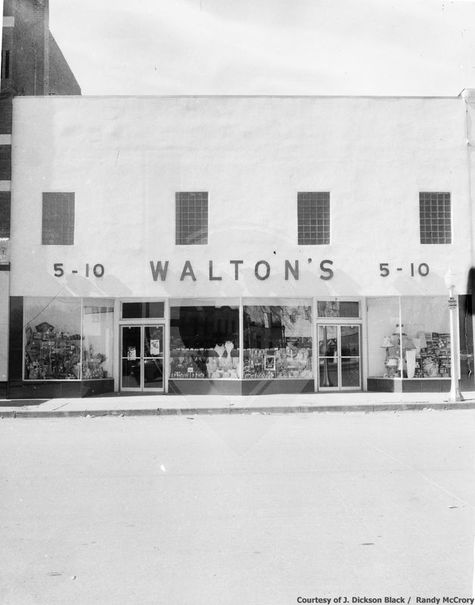