In an 1892 map of Bentonville, a well was located at this approximate location.

The image below is the laying of the cornerstone for the Masonic Lodge in Bentonville. The downstairs of this building was to house businesses and upstairs was the Masonic Hall. 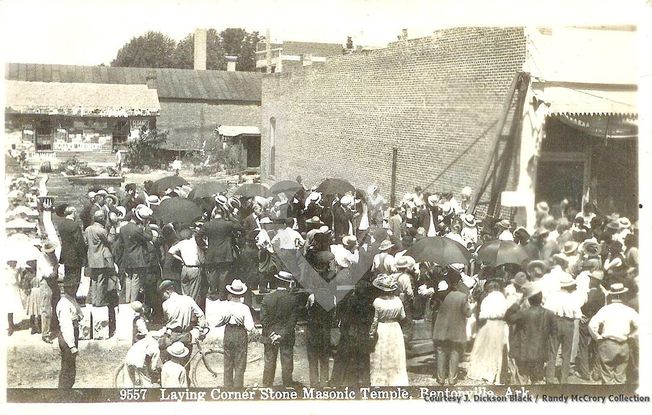 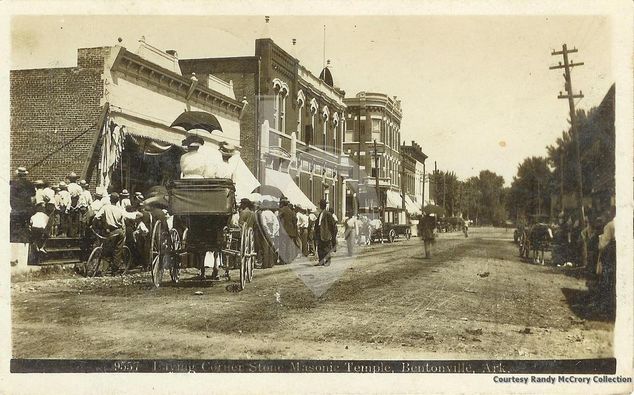 The first time a structure was show on this property was on a 1904 Bentonville Map. It is believed that Chandler Grocery store and     A. B. Phinney Jewelry were at this location at that time. In the early 1920s, the north side of the building became office space. The south side was a hardware store selling stoves, lighting, electrical supplies and steel ceiling. A postcard from this time shows that on the north side of the front of this building was a sign for a garage which was located in the back. 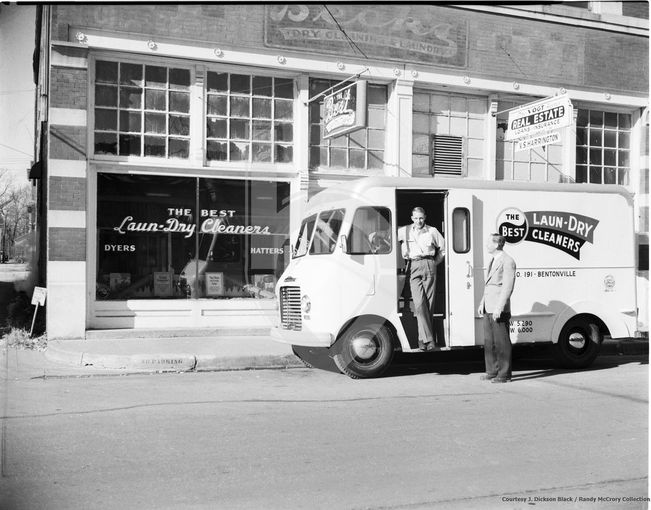 This site has more recently been known as the Bentonville City Utilities drive through as seen below. The drive through portion of this building was razed in 2018. 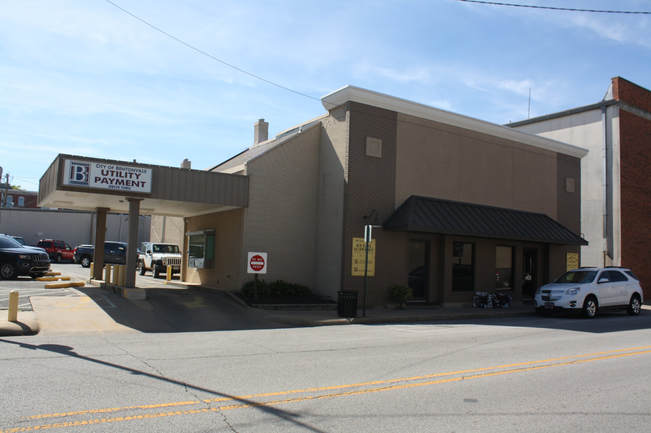 In 2019, First Security Bank began building on this site. 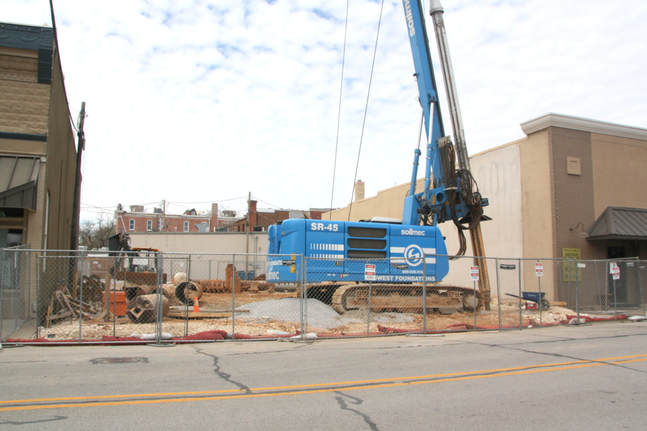 Below is the newly completed First Security Bank Building 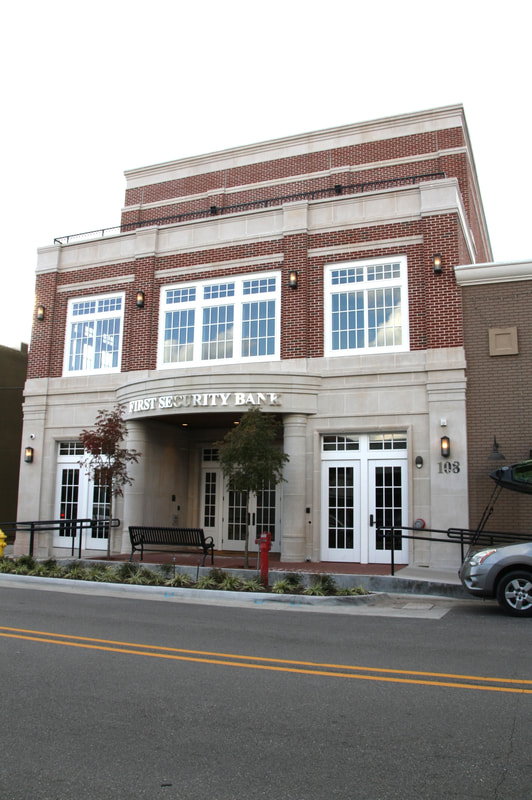