The Benton County Hardware was first mentioned as a business in Bentonville in 1892, though it is unclear where the original business was located.  It was probably started by William Terry. After his death it was taken over by Susan (Smartt) Terry, the widow of William Terry. She was also the sister of Col. Terry's first wife, Mary (Smartt)Terry. Both of these ladies were daughters of John Smartt M.D.  Not too long after Mr. Terry's death, the store appears to have gone bankrupt.

In 1900, W. J.  Dokes and Connelly Harrington came to Bentonville from Plattsburg, Missouri, and bought the stock of the bankrupt hardware store from Mrs. Terry. At first, their store was located where Bloomhill Salon (old Hilton Automotive Supply) is located.

About a year later, Harrington moved to Siloam Springs to open a second hardware store. W. J. Dokes stayed in Bentonville to manage the Bentonville store. The store sold just about everything related to hardware, but also furniture, appliances, farm equipment, Ford cars, gas, feed and even caskets.

In 1912, Benton County Hardware opened a store in Rogers. The company built a large warehouse on East Walnut Street in Rogers where it housed large farm equipment.  It wasn't long before Benton County Hardware had become a chain of 12 stores in Arkansas, Missouri, and Oklahoma in which the parent company had controlling interest.

In 1912, Benton County Hardware said that they committed to selling 60 Ford cars in the area. They also had a garage and gas station located behind the Massey Hotel. In 1920, because of World War I, the government clamped down on credit, causing prices to drop. This left the company with a full stock of inventory previously purchased at inflated prices. What cars they did sell at that time were sold at half the wholesale price they had paid.
​
The final straw was was when the when the whole local fruit crop froze that year. Without agricultural products being sold that year, other business revenues in the county plummeted, which sent the company into bankruptcy. 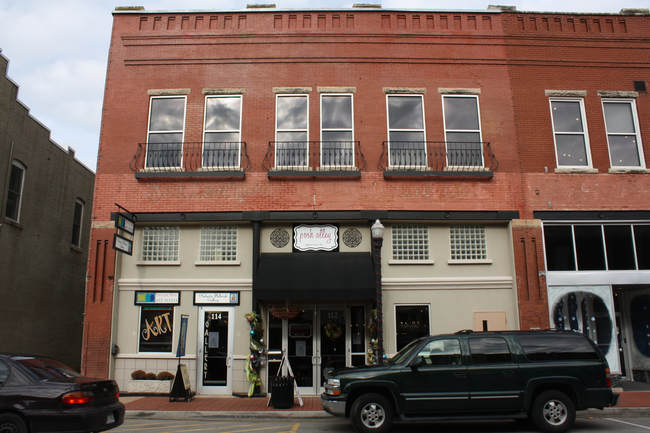 If you look at the closeup of the front of the building (above). you can still see the ghost sign for Benton County Hardware.
These are images from a Bentonville advertising brochure from around 1910. 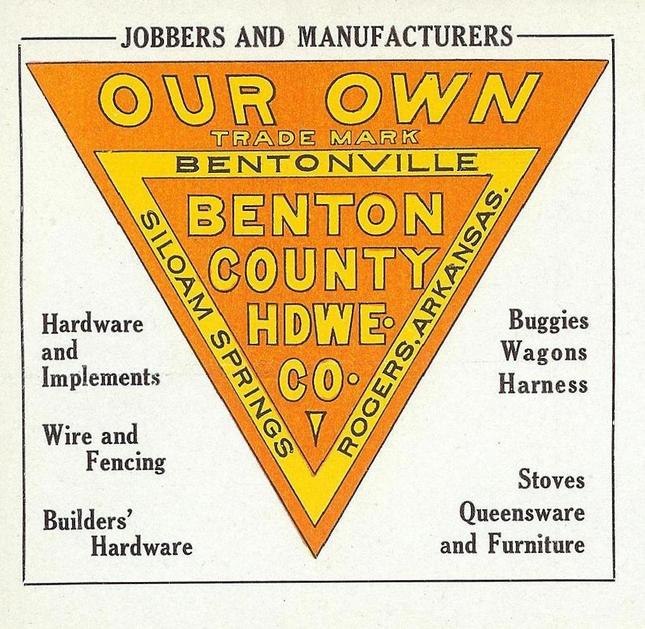