The new building had a stucco exterior, light buff in color. The entrance had a portico with steps on each side. The main lobby was 16 by 60 feet with tile floors and birch trim finish. In the lobby, there were four customer service windows and two different sections of lockboxes. The workroom was large and had a skylight. There were also 14 windows and 37 drop lights in this room. A stairway in the lobby led to the weather bureau office upstairs. There was one large office and a filling station for the bureau. An unusual feature was a passage leading to the roof where the weather equipment was kept. 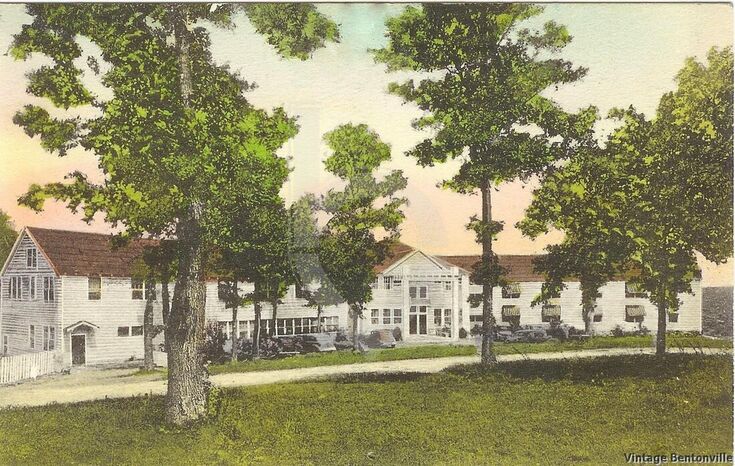 This image is of the building during construction in 1935
In October of 1935, the new Post Office/Weather Bureau. was dedicated. About a 1,000 people showed up for the event. The ceremonies were done by the local Masonic Lodge. After the dedication, the crowd moved to the circuit court room to hear a speech given by Congressman Claude A. Fuller, who had secured federal funds for the building of the post office. This building continued to operate as a post office at this location until the late 1970s when it was moved to South Main Street. It had since been used as courtroom space for the county. 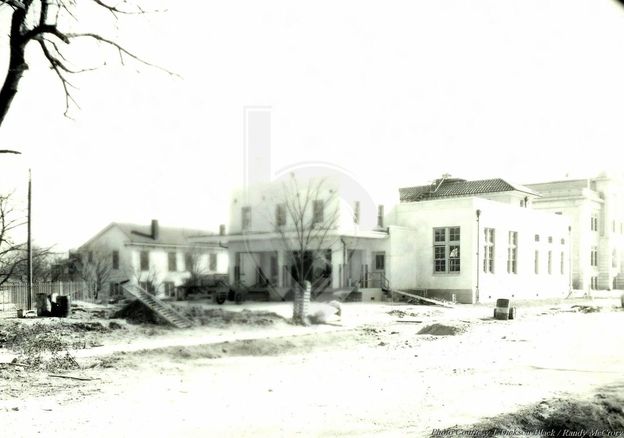 The back side of the old Bentonville Post Office during its construction.