​202 E. Central St., known as Tucker's Corner (or the W. T. Ivy Block) - On the Sanborn maps of Bentonville from 1896 what was shown at this location was a hardware, stove and tin shop. In the early 1900s, E. S. Wilkes had a lumberyard at this location. In 1910, it was D. R. Richards blacksmith shop carrying a  complete line of carriage works and offering horseshoeing services.  Somewhere around this time, it became Ferguson Lumber Company.

It's believed that in 1910s it was the Dodge Brothers Agency which operated the Dickson Motor Company. The building located here at one point in time was a two story building, probably prior to 1920. It is uncertain whether the building was razed or the top floor was removed.  The building you see here was built with red brick in the 1920s by W. T. Ivy. The 1920s structure was a filling station and a garage that would hold up to 20 cars. It was call the O. T. (Ozark Trails) garage and sold Texaco gasoline. A square corner was cut out of the northwest corner of the building, and gas pumps were located on the corner.  A lumber company operated out of an office in the back of this building.

In the mid 1940s and into the 1950s was Phelps-Powell Lumber Yard, later becoming Triangle Lumber Company. At one time in the 1980s, the Walmart associate store operated here. The building was stuccoed when it was remodeled and was the longtime home of Tucker Abstract Company. Today it houses the Bentonville Chamber of Commerce. 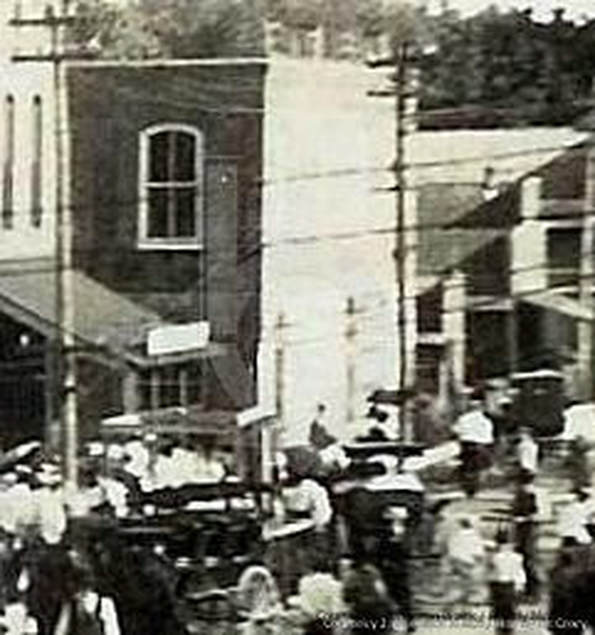 This is an image of the two story building that was previously located here. 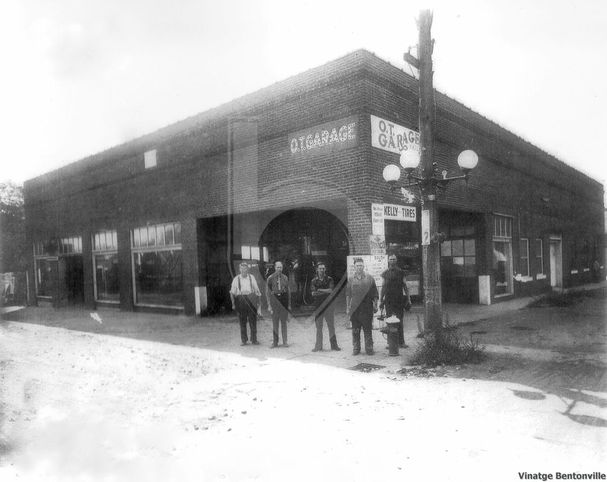 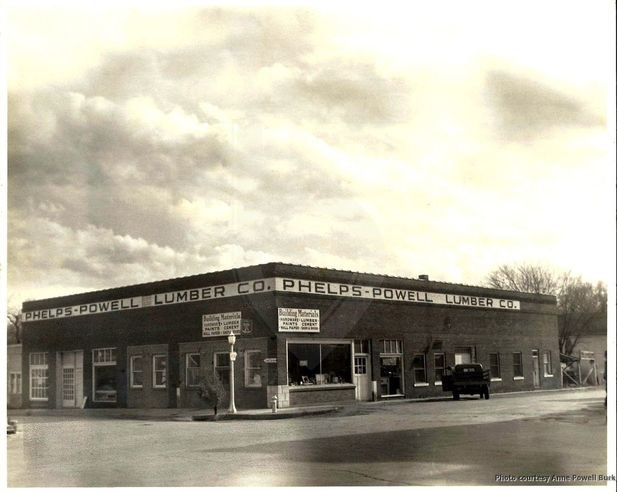 Here is an image from the 1950's when this building was the Phelps - Powell Lumber Co. 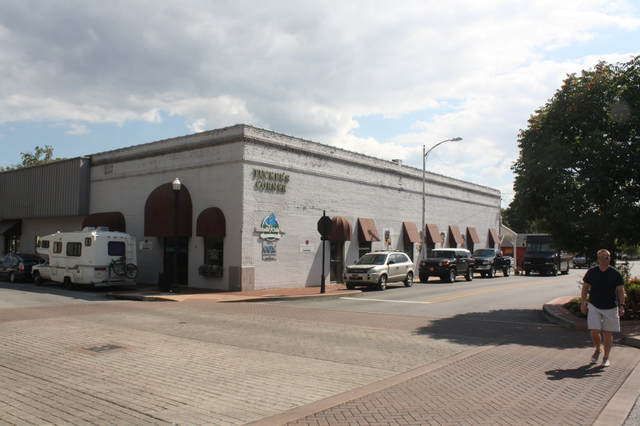 This is a recent photo of the build. This structure is soon to be torn down to make room for a new hotel