A Visit To Bentonville
Fayetteville Weekly Democrat July 21, 1877
On Tuesday last we joined a party of jolly odd fellows and made a flying trip to our neighboring town, Bentonville. The party consisted of Messrs, Charles S. Haup man, R. A Caldwell, W. F. Stirman, S. R. Stone, and A. N. Haight. With one of Capt. Vaughn's best rigs, and Haight holding the ribbons, we had a pleasant ride and made good time.

Arriving in Bentonville our party anchored at Blake's Hotel, which, by the way, is one of the best kept hotels in the country. Here we found those whole-souled fellows, George Brown and Tom Ryan, and the boys soon felt at home. 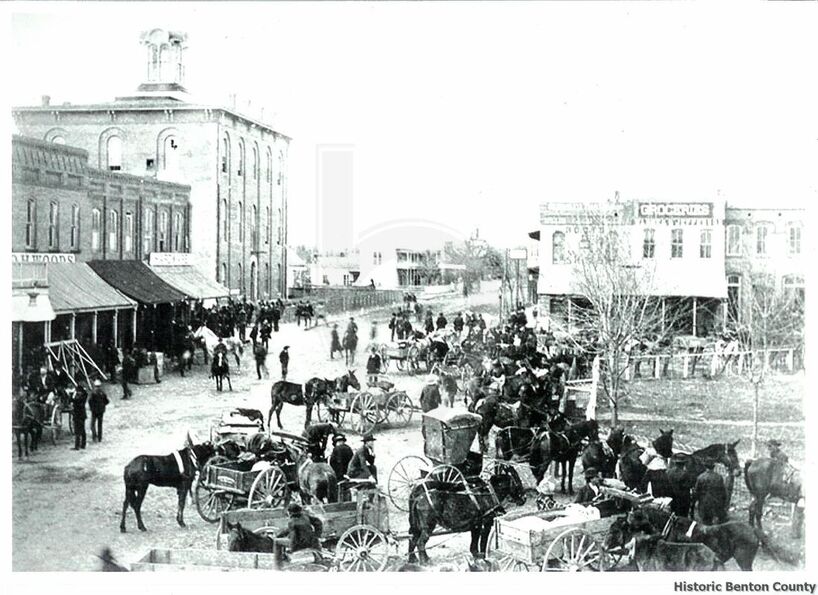 This is how Bentonville would have looked back in the 1880s. The Blake hotel would have been right behind Overstreet's Jewelry Shop, or where Horton's Real Estate office is today.
Bentonville is steadily building up, and is destined to be one of the best towns in the North-West. Several new buildings have been erected since our last visit. Among the number we noticed the tasty brick business house of Mr. T. K. Blake, the upper story of which is fitted up as a lodge room for the Odd Fellows. Work on the new Presbyterian Church is being pushed forward, under the superintendence of the contractor, Mr. M. D. Wright. 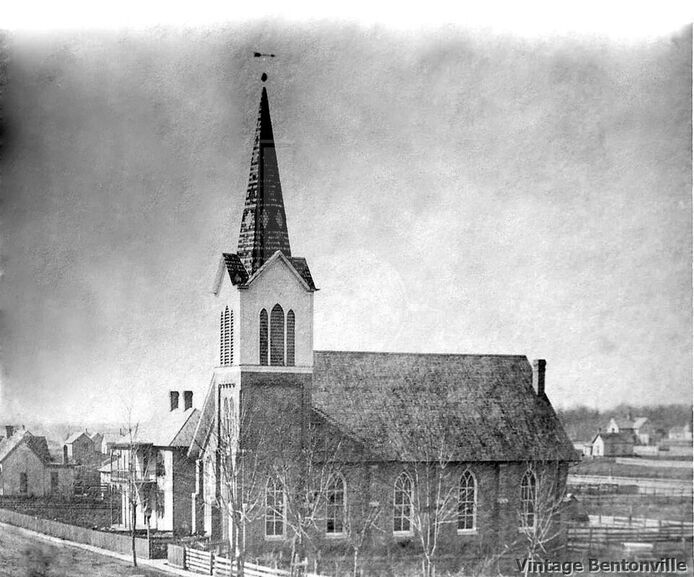 Cumberland Presbyterian Church was located where the Nazarene Church is now located facing N. Main St. This church should not be confused with the Christian Church which looks very similar. This church not longer exists.
We called at the Advance office, where we found Capt. Hynes and Messrs Covey and Lowry. The Advance has lately put in a Gordon jobber, and shows other signs of prosperity.

We met many acquaintances and friends during our brief stay, and only regret that business called us home so soon.

Along the route we noticed many new tobacco barns, and acres of the weed. New apple orchards greet you upon every land; the grain crops are splendid, and everything looks flourishing. If Benton and Washington counties do not grow immensley rich it will be the fault of their citizens. 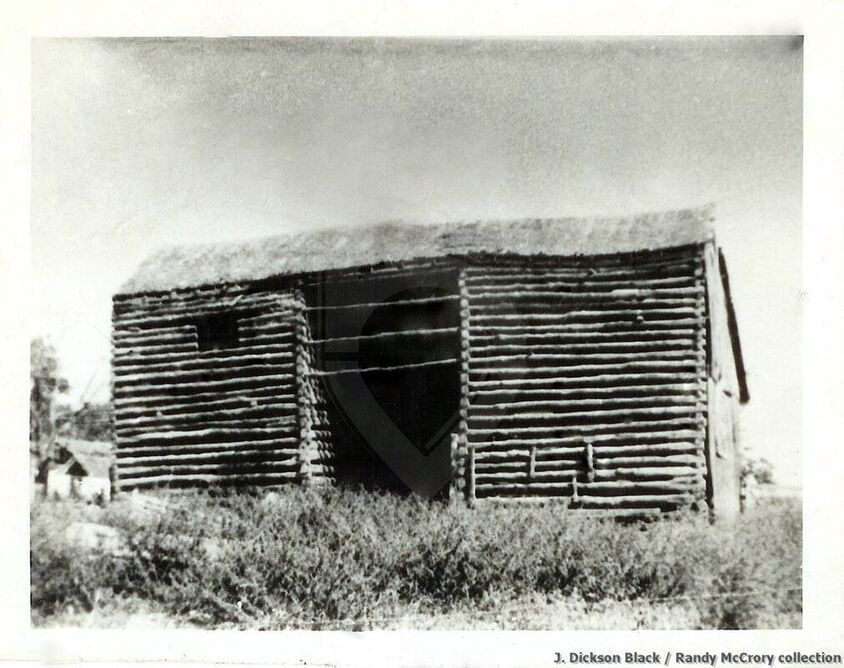 At the point in time this story was written, tobacco was the major cash crop in Benton County, but apples were becoming just as important. When the railroad came through in 1881, apple production in Benton County exploded.