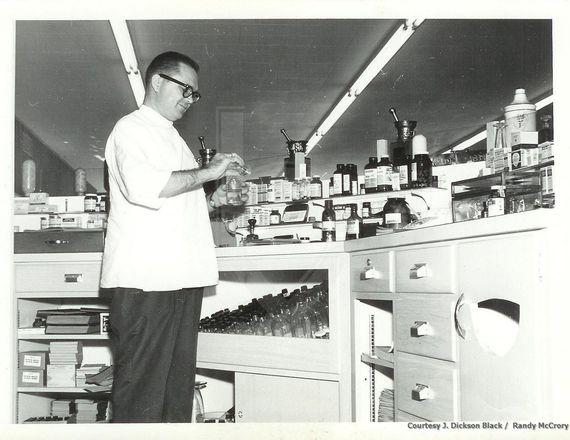 They have the most complete and modern prescription department in northwest Arkansas. It is set in one corner of the store with a circular front. There are several hundred feet of shelf space to hold everything that could ever be needed to prepare a prescription.They have a modern waiting room with cushioned seats and a table to hold reading material. 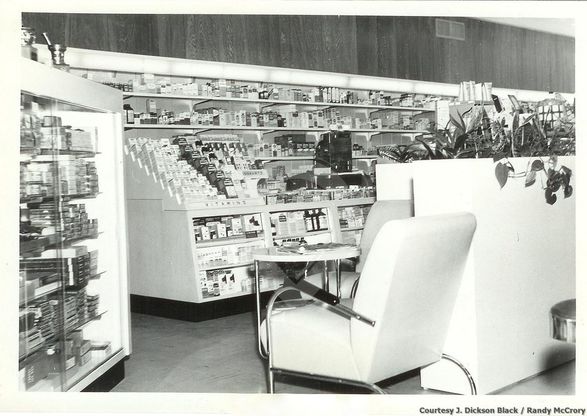 The cosmetic department is the only one in northwest Arkansas that has carpeted floors and seats for the customers. It also is one of the best stocked in the area. 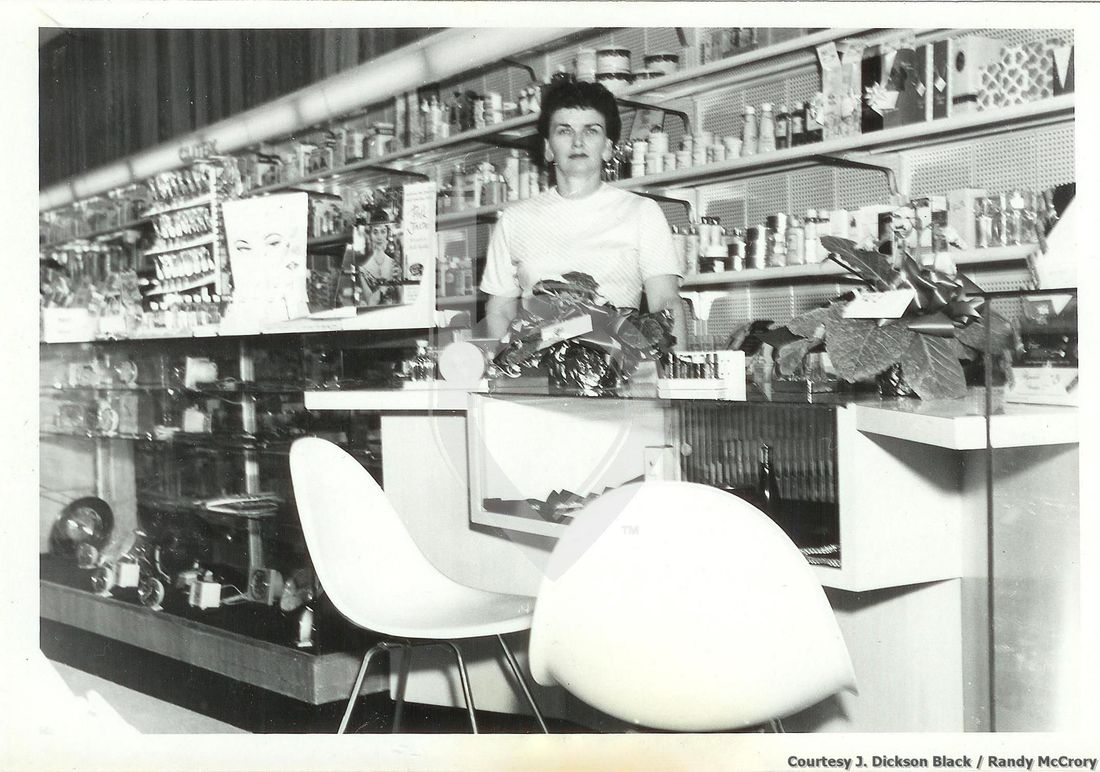 They also have a modern snack bar. The store is completely stocked as any drug store could be.
The Applegate Drug stores started in the fall of 1881. At that time J. E. Applegate, (Joe's grandfather) moved from St. Louis to Rogers, Arkansas. Rogers was a new town then, only a few months old. It was at the west end of the Frisco Railroad.
When J. E. Applegate arrived in Rogers, there were only a few stores along First Street. This was the main street in that day. His store was a small frame building with a vacant lot next to it.
He had a full line of drugs of that day, as well as a modern soda fountain. This would all be out of place today.
As well as filling prescriptions, he fitted people with glasses and repaired watches. You could also go to this drug store and buy sand, gravel, and cement to build with, or a ton of coal to heat with. There are several houses standing in Rogers whose foundation material was bought at Applegate's Drug Store.
Although J. E. Applegate had only one arm, he could do any job that any other man could. He drove his team to match mares to a buggy with a skill that was never matched in Rogers.
J. E. Applegate had six sons and two daughters. Five of these boys went in to the drug business. In 1920 John Applegate bought a drug store in Bentonville, from Mark Tisdale. Then Timothy bought one in Springdale, and Fred and Harold one in Rogers.
In 1925 Charlie took over the First Applegate Drug store and J. E. retired to a farm to raise horses.
Joe went to work in his father's drug store in Bentonville, when he had to stand on a Coke case to see over the counter.
That was back in the days of Fat Emma candy bars, when Jew milk was 5 cents. Hamburgers were sold at the fountain, said Joe. "I rolled pills and filled capsules by hand. I have filled as many as 5000 Dr. Hurley Flu capsules a day. " 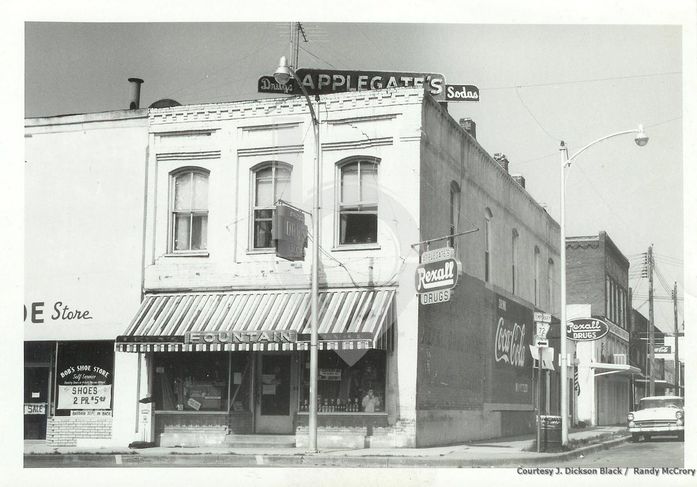 Dr. Atkinson is the only doctor still in practice in Bentonville that was here when Joe started to work. The others then were Dr. Will Pickens, Dr. Hurley, Dr. Lindsey, and Dr. Chastin.
Joe, a graduate of Capital College of Pharmacy in Denver, Co., took over the management of the store in 1945 after his father's heart attack.
At that time the store was still at its old location of 103 N. Main. In 1957 Joe moved it to 113 N. Main. At this time Melba Applegate, Joe's wife, took over the management of the cosmetic department, a job she now holds in the new store.
Friday and Saturday, Aug. 5 and 6, they held a grand house. Several thousand people came to see the new store. They were served free coffee and Coke, and ice cream cones and balloons free to kiddies.
There was a drawing held for over $400 worth of merchandise.
There are two Applegate Drug stores in Rogers now. These and Joe's are all that are left in the Applegate family, but the fourth generation will carry it on. Joe has one son, and John at Rogers has two sons.