B. F. Sikes Interviewed in 1901 Newpaper Item
Rogers Daily News, June 29, 1976 - Now the NWA Democrat Gazette
With the passing of the years it becomes increasingly difficult to obtain stories of the early days of Rogers except those found in old newspaper files. In May, 1901, B. F. Sikes, owner of the original townsite of Rogers, gave an interview to the Rogers Democrat. The following story is reprinted from that issue of the Democrat.

"Last Friday, May 10, was the anniversary of the birthday of Rogers (its 20th to be exact) but it slipped by without a word of local comment. Why May 10? That was the date in 1881 when the first Frisco passenger train pulled into the new station and the citizens decided that was the real beginning of the new town.

"B. F. Sikes, owner of the original townsite of Rogers and its first resident citizen, told the reporter that his first visit to Benton County was in 1853, when he came with a party of friends and relatives from their home in Tennessee to visit an uncle in this section and to have a look at the country.

"This tavern was one of many on the Old Wire Road or the trail from St. Louis to Fort Smith and all points south and west. Mr. Sikes was not certain whether the telegraph line that gave the route its name was there in 1853 or whether it was built later. But he said the stage coaches did have regular schedules albeit they were admittedly uncertain.

"B. F. Sikes returned to Tennessee after that first visit but his brother, J. Wade Sikes, remained in Benton County until the war when he enlisted in the Confederate army. B. F. Sikes reurned to this section in 1873 and moved on the farm that afterwards became Rogers some time during 1876.

"He said the Frisco railroad commenced surveying through the east side of Benton County in the summer of 1880 and the location of the town of Rogers was decided upon late that fall.

"Asked as to whether Bentonville could have secured the road by the payment of $15,000, Mr. Sikes was quite positive the Frisco never did have an idea of going that far west. The line as built followed a natural divide through the county and any other route would have greatly increased the cost of construction.

"The location of the town at this point was largely because of the many large springs, which solved the water problem, and because a number of established roads from north, south, east and west centered here. 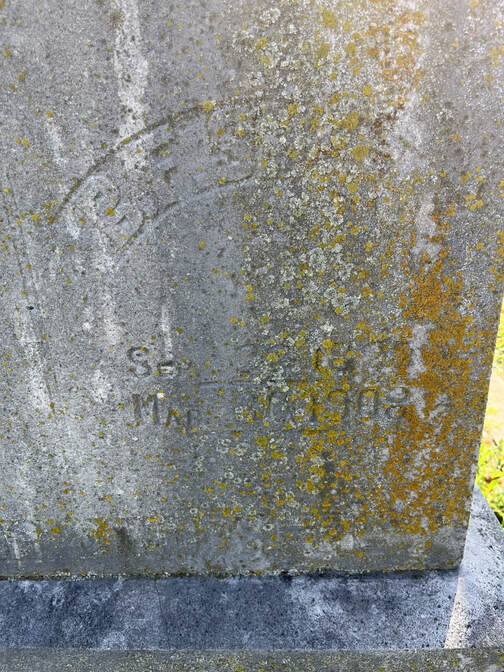 "The town was named after C. W. Rogers, a vice-president and general manager of the Frisco, who proved one of the best friends Rogers ever had. He was a great believer in the efficacy of the local springs and predicted a brilliant future for them.

"Mr. Sikes said the work of platting the town began the last of February, 1881. Fifteen blocks were laid out, containing 180 lots, all of which were sold by the end of the first year. The blocks were divided into three rows of five blocks each, two on the west side of the track and one on the east side.

​"Mr. Sikes' home, a log structure, at that time stood on a site that would now find it on the east side about the center of Elm Street, just east of Arkansas Street. The erection of buildings began as soon as the lots were placed on sale. Mr. Sikes was not certain whether the first building erected was used as a saloon by John Cox or a grocery store for Lowry and Scroggins. By the close of 1881 Rogers had a population of about 600.

"Rogers was incorporated in June, 1881, and J. Wade Sikes, was its first mayor and B. F. Sikes, its first postmaster. For several years Mr. Sikes had been the country postmaster. The office was then known as Cross Hollows, having been moved here from Cross Hollows, several miles south on the Old Wire Road but the name was retained. Bob Sikes, a son of B. F. Sikes, was the first marshal.

"Mr. Sikes said that part of the present townsite was under cultivation in 1881 but that most of it was covered with scrub timber and brush. The site of the Rogers academy (Central Ward school campus [now Frank Tillery Elementary]) was quite heavily timbered and was a famous place for deer. He told of killing three deer in that neighborhood in a single day.

"Only a few of the businessmen of 1881 are still here today. (1901) There are a number of citizens who lived in the country near Rogers and have since moved to town but we find only three who were here in 1881 -- W. A. Miller, W. R. Cady and J. H. Rackerby. J. E. Applegate, E. D. Morgan and B. F. Dyer located here the late fall or winter. Rackerby opened the first hardware store. W. R. Cady built a two-story frame and it is a portion of the Farmers hotel.

"The water supply of the town was obtained from a single well and from a hydrant or two attached to the railroad water system. One of the first things the railroad did for Rogers was to put in a pump and engine at the spring east of town, still known as Pump Spring [or Frisco spring] and still going strong. 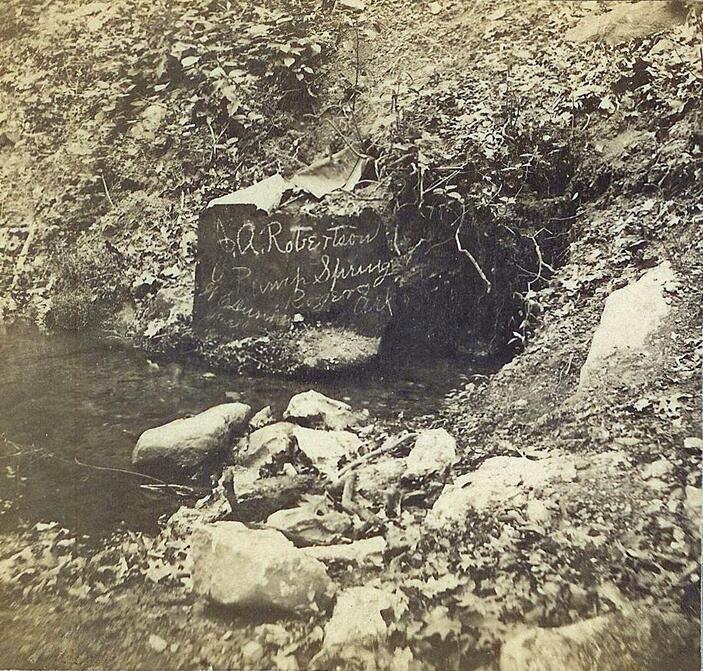 Early image (Circa. 1880) of Pump, or Frisco Spring before it was inclosed
"Rogers was a railroad division in those days and there is still a half circle of the old brickbats in the north part of town, on the Frisco right-of-way, marking the site of the old round house.

"Mr. Sikes recalls that the first anniversary of Rogers was celebrated with a grand jubilee and the town entertained thousands of visitors. The Frisco ran special trains from Missouri points. He did not recall any details but said he reckoned that most of the speakers were either politicians or railroad officials.

"It was about this time that a railroad was being built to Eureka Springs by Powell Clayton and associates and the general understanding was that the Frisco agreed not to boom any other point on their lines in this section as a health resort. Which left Rogers out in the cold as far as resort business was concerned.

"Mr. Sikes could not tell much about the little town of Esculapia (named after the township) located east of Rogers on the Slick Rock route to White River. It came into existence shortly after the war and no one has ever remembered who was responsible for its location. It gradually disappeared after the birth of Rogers. A fine spring for which many medicinal qualities were claimed was the cause of its fame, and for a number of years it was better known than Eureka Springs.

"A man from Texas said he spent some time there in the [18]70's and that Esculapia was then quite a lively little place, and even had a small orchestra for its social functions. There were a number of small places of business, a number of residences, and a larger building that was a sort of hotel-boarding house. When Rogers was located the buildings were either torn down or moved to this place [Rogers]. Several of these old Esculapia Hollow houses are still to be found in Rogers.

"Today nothing remains of Esculapia to mark the spot save the spring, which is walled up with masonry and quite hidden in the surrounding tangle of underbrush. Not a single building is standing there today and none but our oldest citizens remember there ever was such a place.

"Mr. Sikes confirms the old newspaper records that the chief thought in the minds of the first citizens of Rogers was that this section was some day to become a great health resort. Save for a few years when Electric Springs was in its heyday the resort idea never did get out of its infancy, and apples, peaches and strawberries shoved it into a forgotten background. 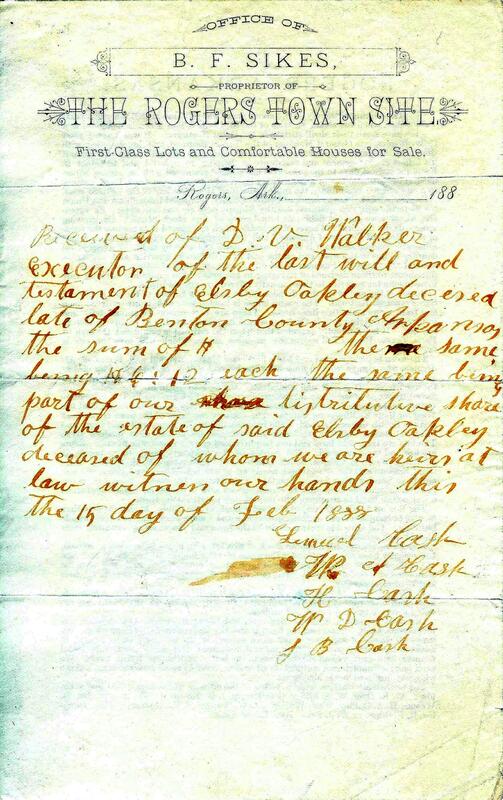