Zachariah Baker was one of the most colorful people to have lived in Bentonville. He was born North Carolina in 1820. He was married in 1837 at the age of 17 to Margaret Capehart. She was about eleven years his senior, and together they had four children. They lived in Union County, Georgia. moved to Polk County, Tennessee, and then moved to Walker County, Georgia in 1849. Sometime in the early 1850s, he went out to work the field and just never returned.

The next record of him was in Missouri where he married an A. Permelia Baker. She had two children by a previous marriage. Together they had 3 children. During the gold rush, Zachariah headed to the gold fields of California, possibly by himself at first. His wife appears to have passed away at the time of or not too long after the birth of their third son.

Zachariah started on his way back to Missouri with his three children. While he was passing through Benton County, Arkansas, he fell in love with the area. It is estimated that he had made about $18,000 in the gold fields in California. He reportedly asked around if there were any widows in the area. He was given the name of Mrs. Samuel Williams. She owned a good farm but it was mortgaged. Mr. Baker called on her the next day for lunch. Before he left he asked her if she wanted a good husband. He said if she would marry him he would pay off the mortgage and build her a new house. He stayed in Bentonville and visited her several times, and on Dec 27, 1868, they were married. The marriage appears to have worked out well for both of them since they had several more children together.

Mr. Baker was a big, rough-looking man with a booming voice that he used to his advantage when he decided to run for the legislature from Benton County. He was elected and served from 1885 to 1889. Zachariah was also well known for his singing voice. It was said he won more votes singing to people when running for office than than he did by speaking to them. He was also known for singing on the floor of the legislature instead of talking about a bill. He even announces dates ahead of time that he planned to sing.

One time there were ladies selling dinners on the Bentonville square to raise money for some group. Business was pretty slow and they weren't selling very much. Mr. Baker jumped up on top of a fence that kept cattle out of the little park and said in his booming voice that everyone in the area, "If there is a man within the sound of my voice who does not patronize the dinner being served by these fine ladies for a most worthy cause, he is not entitled to be called a good, loyal citizen." Business picked up fast. Uncle Zach would sing or take part in almost all social gatherings in Bentonville. He always said that he would use his voice anytime it would help. 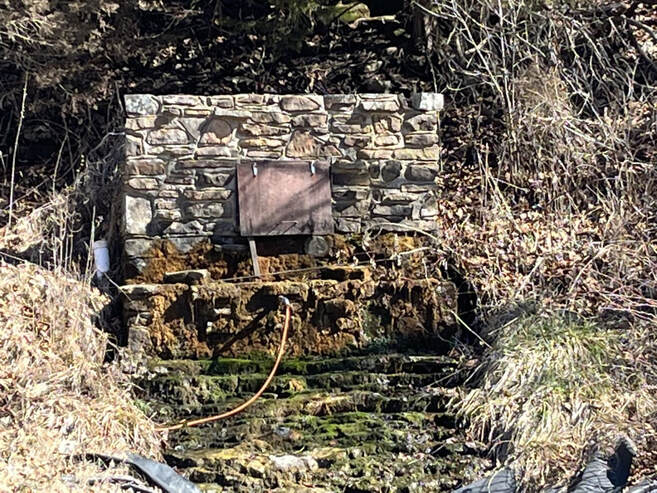 Zachariah (Uncle Zach) Baker
Once while visiting Hot Springs to make a speech there, the town was wanting the legislature to pass a bill favoring the community, and they hoped to win Baker's vote. Before the address, someone gave Baker some uncooled water from one of the Hot Springs. The water scalded his throat and made him quite upset. In his speech he said, "I have personal evidence that you folks are less than a quarter mile from hell, and you do not need any special favors." The bill was defeated.

​There was an especially interesting legislative session in 1885. "Uncle Zach" was known as a rugged mountaineer, big hearted, frank, and honest. In this session he was supporting Governor James H. Berry from Benton County to become the next senator. Once Berry had withdrawn from the race, it was down to James K. Jones and Poindexter Dunn. One evening, Baker attended an event at the headquarters for Mr. Jones for Senator.  Mrs. Jones was playing the piano at the event, and Mr. Baker asked if she knew and could play his favorite song, "My Old Cabin Home." She consented but only if "Uncle Zach" would sing the song.  Afterward, Baker told Mrs. Jones in his own blunt way that he was her prisoner - he liked her. With rare diplomacy, she insisted that he must like her husband as well. By the next day, he had made up his mind to vote for Mr. Jones. To the surprise of everyone in the legislature, he stood up and sang the first verse of "My Old Cabin Home." He then went on to tell of his experience the night before, declaring he could not resist such a woman and frankly acknowledging himself a proselyte to Mr. Jones' camp. He voted for Mr. Jones. and enough members followed his example to break the deadlock.

One time during a political rally on the Bentonville square, someone running for office was speaking from the porch of the old opera house. During the speech "Uncle Zach" yelled, "That's a lie!" The speaker got upset and demanded to know what Zach thought was a lie. "Uncle Zach" just looked at him and said, "Why, everything a politician says is a lie. I should know, I've been one longer than you have."

After Cynthia's death in 1902, he moved to Tekoa, Washington, with his son. Zachariah, and died in 1903. He was buried in Goldenrod Cemetery near Tekoa.