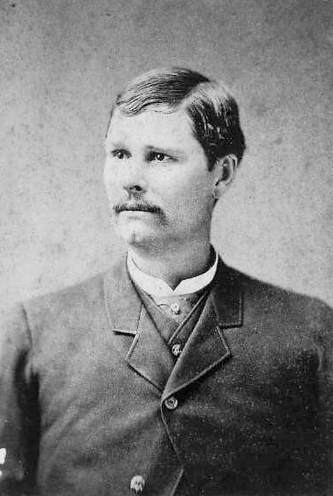 ​Andrew Jackson "A.J." or "Jack" Bates was a capitalist and banker in Bentonville. He was born near Dadeville, Missouri, July 22, 1844.

He joined the Confederate Army during the Civil War, and later wrote of his service during the war: "I, A.J. Bates, enlisted in the State Service in Missouri, served until 1862, when I was sworn in the Confederate Service and assigned to Co. F, 3rd regiment of Gen. Joe Shelby Brigade of Cavalry, where I served the balance of the war. I was in the battle of Lexington, while in the States Service but I couldn't tell you how many battles and skirmishes I was in after we were attached to Gen. Shelby's command. I was in all the raids made by the Brigade in Missouri in 1863 and 1864. My narrowest escape was having my horse shot out from under me at West Port. We were disbanded at Corsicana, Tex., in the Spring of 1865."

He came to Bentonville in 1866 where he married Miss Ellen Sloss. The couple were known throughout the community as "Jack" and "Aunt Ellen".

Mr. Bates entered the banking business with Col. W. A. Terry and S. F. Stah as the Benton County Bank was organized. He sold his interest in this institution in 1900 and became one of the organizers of the First National Bank of which he was president until 1920 when he retired from active business duties.

Mr. & Mrs. Bates owned a house just a little bit north of the jail house and lived there for 40 years with the exception of a few years spent in Colorado due to Mr. Bates health.

There are two things in Bentonville for which Mr. Bates should be remembered. The largest amount of his estate was used to build Bates Hospital, and they also gave the majority of the money for the Confederate Statue on the Bentonville square.

Mr. Bates passed away on Oct. 24, 1928,  just missing celebrating his 60th wedding anniversary. He is buried in the Bentonville Cemetery. 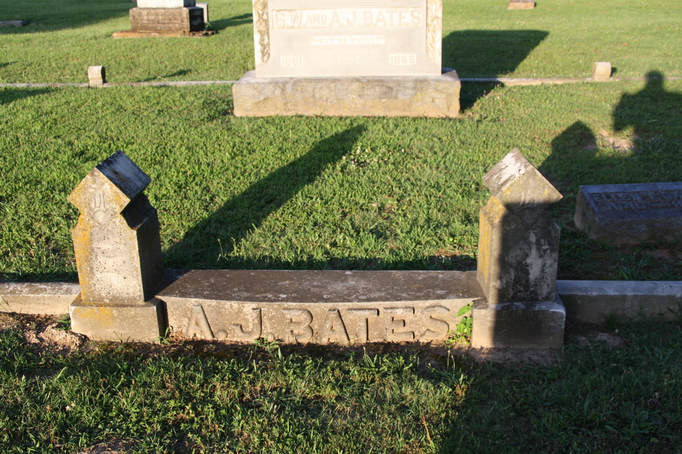