The Bentonville Fire Department has been around since at least the 1890s when Bentonville purchased its first hose cart. This wasn't in time to be of help when nearly the whole north side of the square burned down in the 1880s.

The first fire department was known as the Joe. S. Stevenson Hose Company. Not only did they put out fires but would compete against other fire departments in the area to see who could throw water the fastest. At one competition in Bentonville, fire departments lined up by the old courthouse which was then at the northwest corner of square. They would then run to the southwest corner of the square and climb a 12 foot tower. Once they reached the top, they would hook up their hoses and turn the water on. Whoever could do this in the least amount of time would be the winner. Many times the Bentonville Fire Department came out the winner.

The original old fire cart was later donated to the city by Joe S. Stevenson and now sits in front of the fire station on Moberly Lane.  Mr. Joe S. Stevenson was an editor for the Benton County Democrat. For many years before telephones, there was a fire bell located on the Bentonville square. In case of fire, the bell would be rung to alert firemen of a fire. That was eventually replaced by a siren. 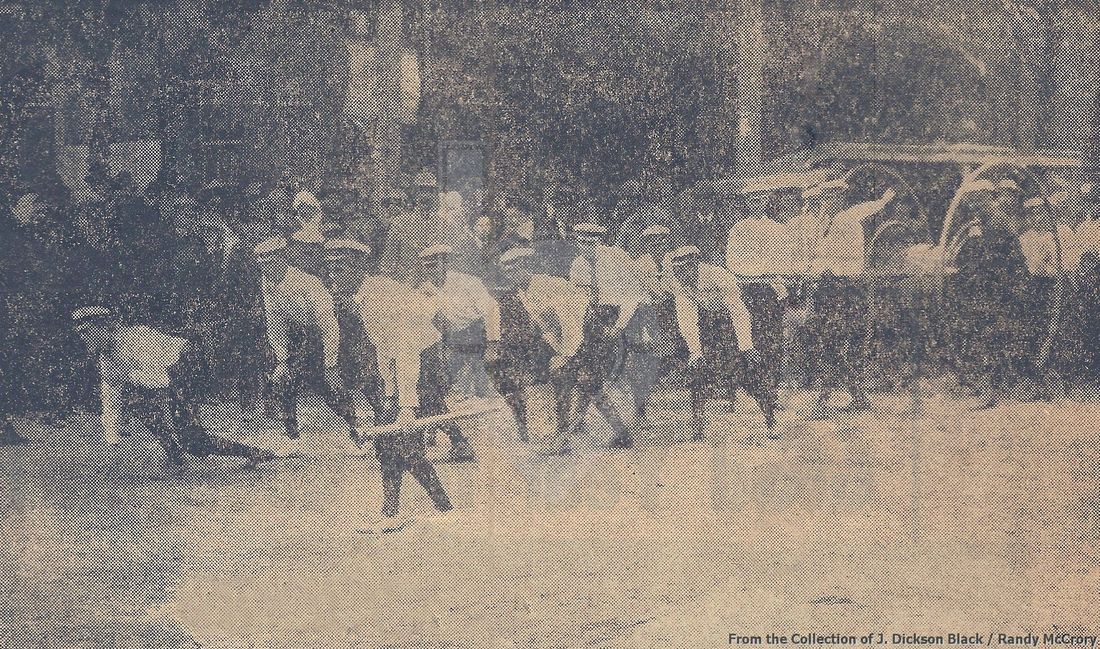 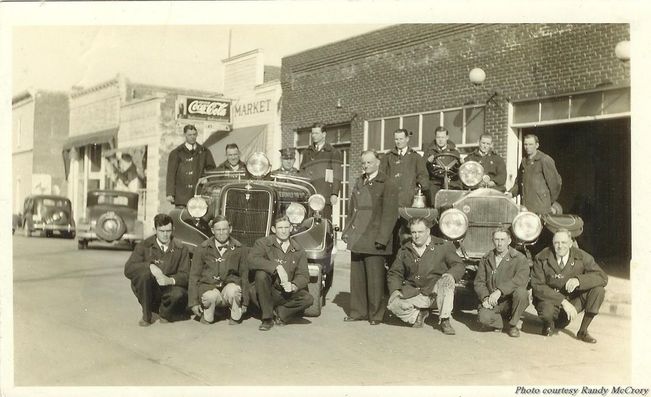 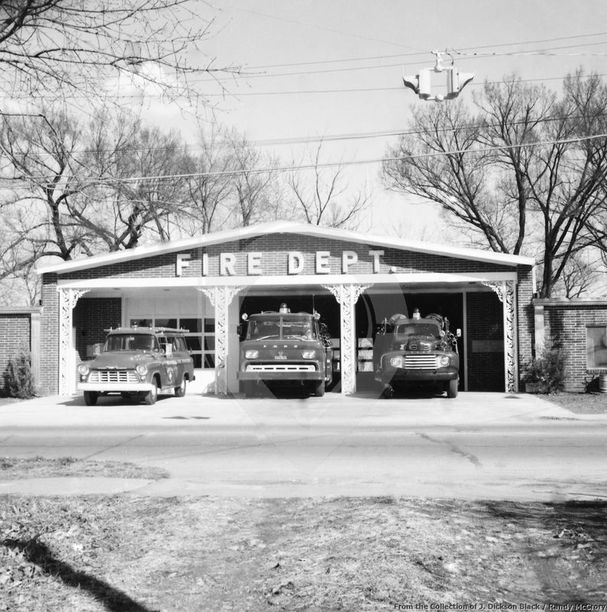 ​This picture of the then-new Fire Department located at 215 SW A St was taken in December 1962.  An open house was held on Saturday, December 1, 1962, for people to come view the new facility. About 1,000 residents came out to inspect the new station. The building was an all electric facility, and at that time housed three fire trucks as well as a rescue vehicle and a boat. 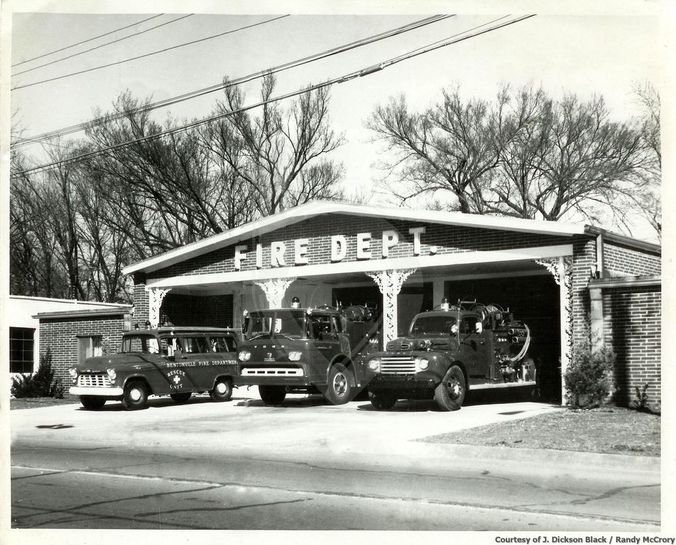 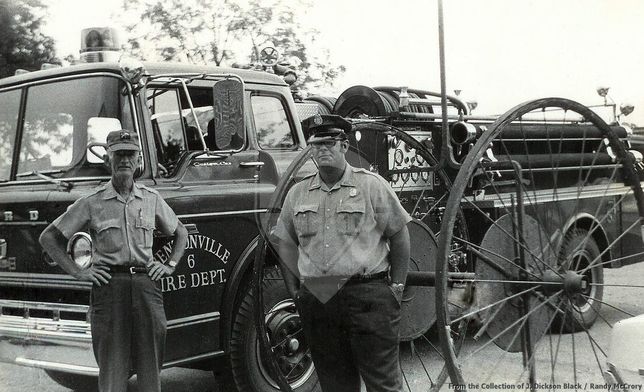 ​Times have changed over the last hundred-plus years of firefighting in Bentonville. In this photo, fireman Red Vinson is shown in front of the department's then-new 5,000 gallon pumper while his associate Pete Bonds displays a manual pull cart that had been used around the turn of the century to carry hoses to a blaze. 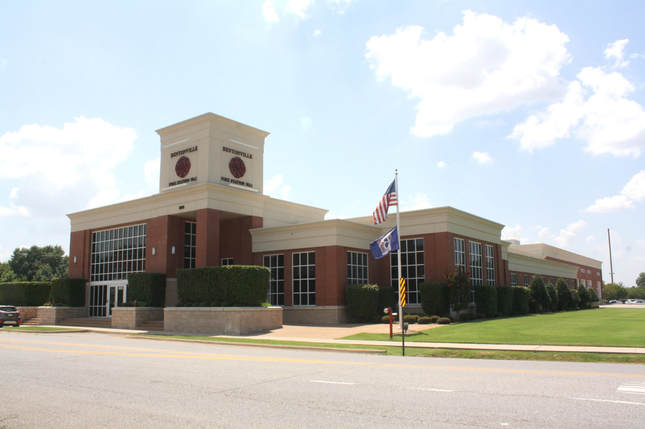 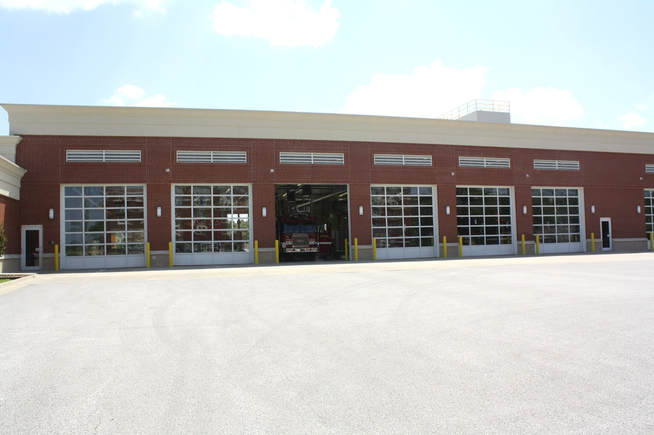 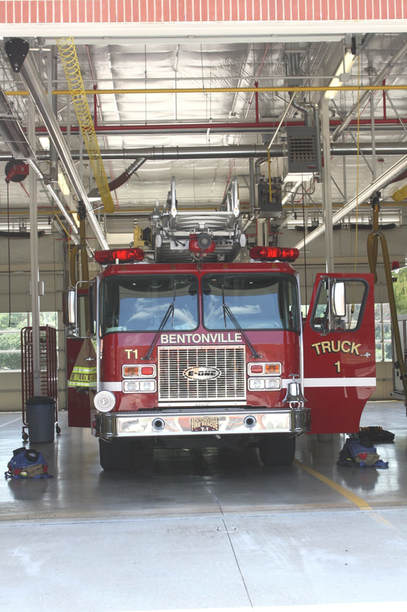 Today the main Bentonville Fire Department is located at 800 S. W. A St. Bentonville also has several other substations.