The Burns brothers were born in Bedford County, Tennessee, in 1830 and 1838, respectively. They were the sons of Thomas P. and Mary Ann (Knott) Burns. In 1860, the family moved to Benton County, Arkansas. They purchased a farm about five miles southwest of Bentonville. The brothers in 1862 both enlisted in the Confederate Army in Company F, under Capt. Miser. John H. fought in the battles of Helena and Jenkin’s Ferry and was captured and was discharged. James P. fought in the Battle of Prairie Grove and was severely wounded in both legs during the battle. He was then transferred to the commissary department where he served until the end of the war. After the war, the brothers continued to farm until their mother’s death.

In 1871, John H. married Miss Mary Elizabeth Simpson. She died in 1875, and in 1877, he married Miss Harriet Campbell. James P. was married in 1878 to Miss Sarah Emaline Jackson and together they had five children.

In 1881, the brothers established a grocery store, J.H & J.P. Burns Groceries, in Bentonville. The business was in the building we now know as the WalMart museum. They carried a first class stock of goods and were known as good honest businessmen. It's uncertain exactly how long the store stayed open, but we know it was still in business in 1889.

In politics, the brothers were both Democrats. They were both Masons, and both were members of the Methodist Episcopal Church South, of which John H. was a steward and James P. was a trustee. John H. died March 1st, 1902, and James P. died January 31st, 1929.
Both are buried in the Bentonville Cemetery. 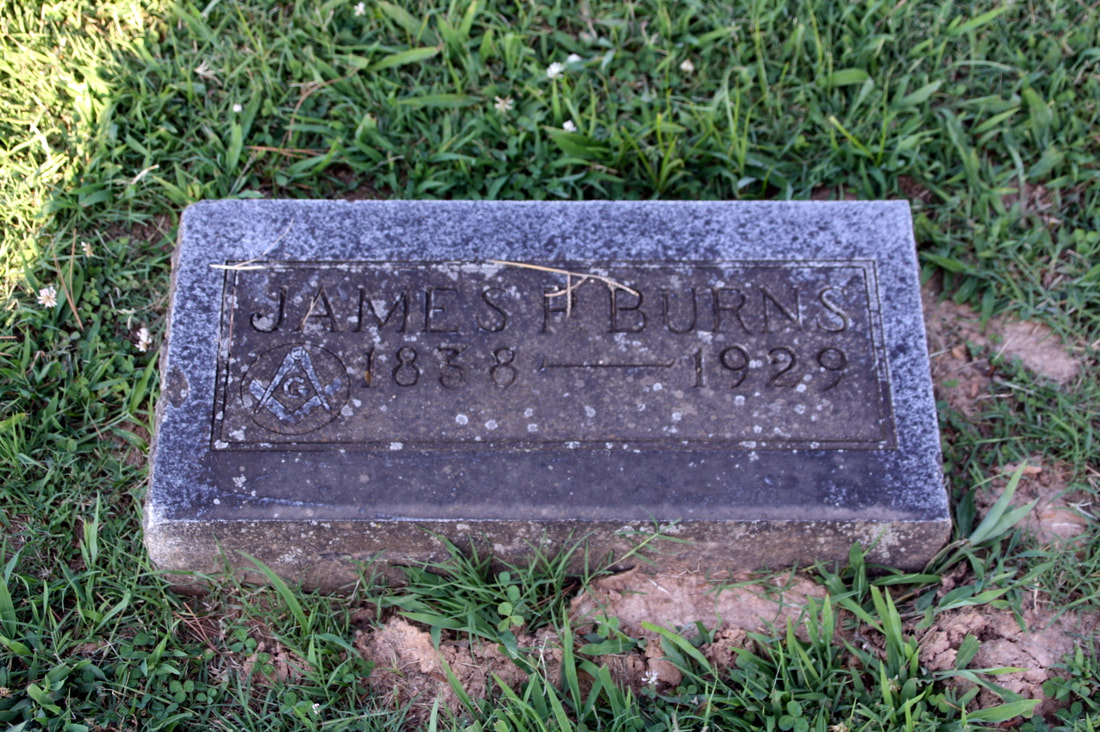 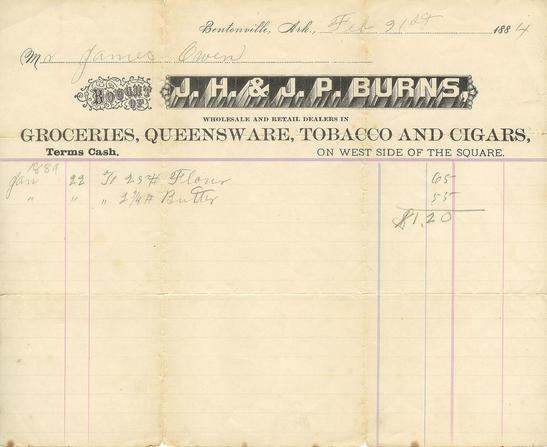 Here is an 1884 receipt from their store