Tony Back was born in  Jutland, Denmark in 1881. At the age of seventeen, he was hired to take up trade as a blacksmith which he spent the next three years learning. At the age of 23, he was required to join the Danish army where he also served as a blacksmith. His pay during this time was 75 cents and five loaves of black bread every five days. During that time, he had to keep up with shoeing 150 horses and fixing wagons and equipment. After the army, he decided he couldn't make a living as a blacksmith in Denmark and decided to come to the United States. In the spring of 1905, at the age of 25, he landed in New York. From there he drifted from town to town. In March of 1907, he married his sweetheart from Denmark and in the following spring, they found their way to Bentonville, Arkansas.

After his arrival, he found a job in Dan Richards' blacksmith shop, and by the fall of that year was able to save $150 which was enough to buy his own tools and start his own shop. At that time, there were five other blacksmith shops in Bentonville. The other smiths in town commented that " the Dutchman won't last long." Mr. Back did manage to keep very busy since everyone in town had a horse. He was very good at shoeing a difficult horse, so customers kept him busy with the horses none of the other blacksmiths wanted to deal with. He said they worked cheap back in those days. They would get a dollar for shoeing a horse, which included the cost of the shoes and the nails, fitting them, and putting them on.

In 1908, Tony became partner in a blacksmith shop with John Oaks. The name of the shop was City Blacksmith Shop. In 1910, this became the first blacksmith shop in town to have electric lights. They also had an electric blower and several other electric tools. Also that year, they started to put rubber tires on wagons. That became quite a business for them, and theirs grew to be the largest shoe shop in town. Tony stayed at this location until 1920, but over that time he had many partners. In 1920, he sold his interest in the City Blacksmith shop and started a new shop with Sam Edwards. In 1921, he sold his shop and moved back to Denmark, but later returned to retire in Bentonville. Mr. Back was the last blacksmith who operated in Bentonville. 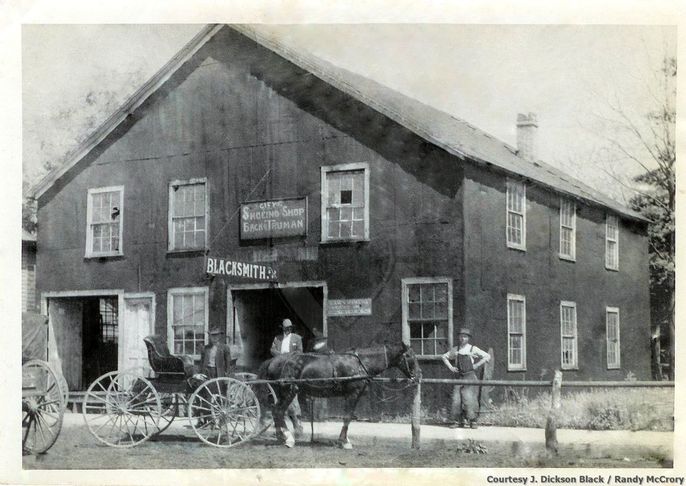 Tony Back standing at the right corner of the building 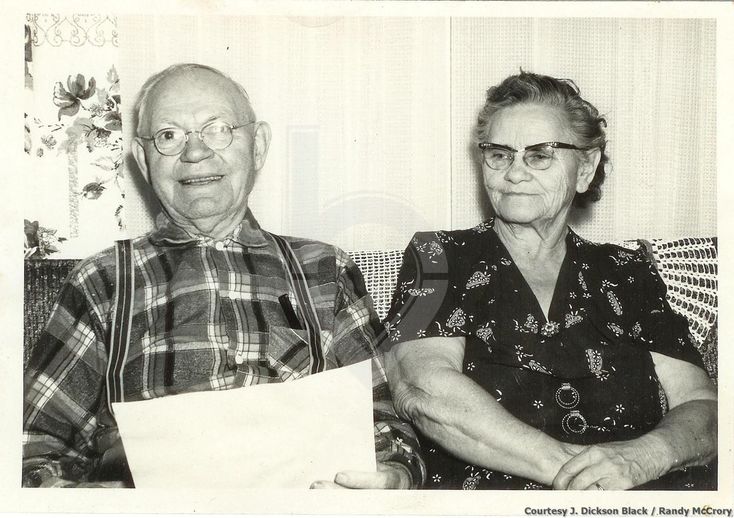 ​Mr. and Mrs. Tony Back remember the days when Mr. Back was the blacksmith in Bentonville.