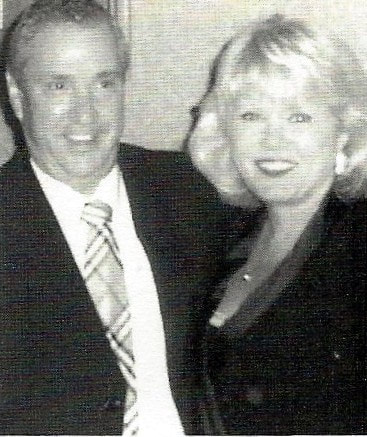 ​Terry (Black) Coberly was the daughter of Hugh “Tater” and Phyllis Rendon Black, was a teacher at Bentonville High School, but she took the family's tradition of public service to new heights, becoming the first women to serve as mayor in Bentonville, Ark.

Terry married Kenny Palmer in 1967. She earned an associate’s degree in secretarial science from the University of Arkansas and Kenny worked for Wal-Mart. They moved often – Berryville, Fort Smith, Tahlequah and Newport. Son Lance was born in 1970.

The couple divorced in 1975. Terry and Jody Coberly married that same yeard establishing a life in Bentonville where they would stay until 2011 when they moved to Razorback Road in Fayetteville, Ark.

Jody worked in the lumber business and as an assessor for Benton County. Terry returned to the University of Arkansas where she received a bachelor’s degree in education and went to work for Bentonville High School where she taught 16 years. She had planned to teach business, but because she had trained in special education, she was pressed into service in that area, becoming the head of the department. She also completed her masters degree in 1985.

Terry was appointed Bentonville city clerk when Blaine Jackson resigned. She served nine years, running unopposed each term.
Terry then decided to run for mayor when Don O’Neal resigned. She was one of six candidates in 1994, winning in a run-off.

Terry served three terms as mayor of Bentonville. She ran unopposed for a second term.
As of 2016, she is the only women to serve as Bentonville’s mayor, and the longest serving mayor. During her time as mayor, the city grew from 15,000 residents to 30,000, and Terry is proud of what she and her staff accomplished during her 12 years in office. Accomplishments during her tenure include development of master plans for all departments; utility and infrastructure improvements; and the city doubled in land size.

This biography is from: The Black Family of Benton County, Arkansas – The Descendants of John Black 1854-2016