"Coin" Harvey's Estate Sold to Pay His Debt
From The Madison County Record - May 21, 1936
The estate of the late W. H. (Coin) Harvey at Monte Ne has been sold under decree of chancery court to Dr. Will A. Moore of Rogers and Mrs. B. D. Graham of Monte Ne.

Dr. Moore was Harvey's physician during his last years. Mrs. Grahamand her husband operated a grocery store at Monte Ne. To them he owed a doctor's bill of several years' standing, and a grocery bill the last two years.

Following his death last February, Mrs. Harvey agreed to waive her dower rights in order that the property, on which taxes had not been paid since 1922, might satisfy these creditors, all of whom are close friends. Dr. Moore and Mrs. Graham took care of the delinquent taxes.

The site of the universally known pyramid foundation begun by Harvey 12 years ago, the attractive home of hewn logs, and his study, both near the pyramid, where he wrote his last books and dictated his vitriolic messages for the Liberty Bell, organ of the Liberty party -  founded by him; the mammoth spring which formerly supplied much of the water for the resort; the mausoleum where Harvey and his son are buried; and about 120 acres of land are included in the sale.

Mrs. Harvey will live at the home in which she was married to Mr. Harvey eight years ago, and where for 27 years previous she was his secretary, until final disposition is made of the property. The present owners hope to salvage enough to pay them, with something left for her to live on. 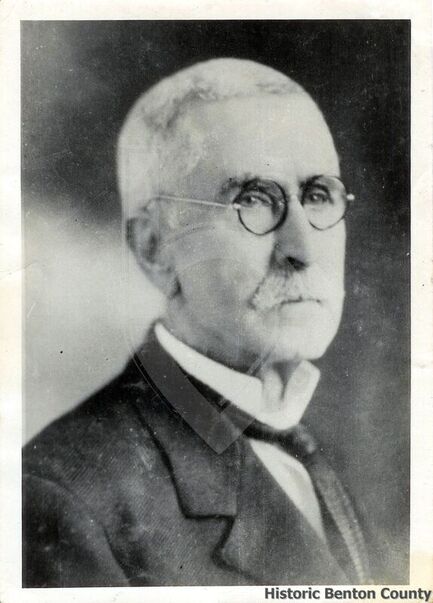 A photo of William Hope "Coin" Havey from when he was running for president on the Liberty Party ticket.
​Harvey came to Arkansas 35 years ago [in 1901]. He bought 600 acres of land in a wooded valley four miles east of Rogers, and started a summer resort. A short time later he organized the Monte Ne Investment Company and sold lots for building summer cottages to persons of means in almost every section of the United States. He laid out a miniature city including two large log hotels, a club house, bank, store sites, swimming pool and built a pavilion for public speaking.

He built a railroad station and a short line to connect the resort with the St. Louis and San Francisco railroad. He brought to Monte Ne at least two nationally recognized conventions, besides the Liberty party convention in 1932, at which he was nominated for president.

The resort, as a paying proposition, failed, even though it is still considered one of the most attractive spots in the Ozarks. Harvey lost thousands of dollars in the project and so did the company in which he held controlling interest . A mortgage took the hotels at less than one-tenth the amount invested. That was ten years ago. Since then, piece by piece the land has been sold. 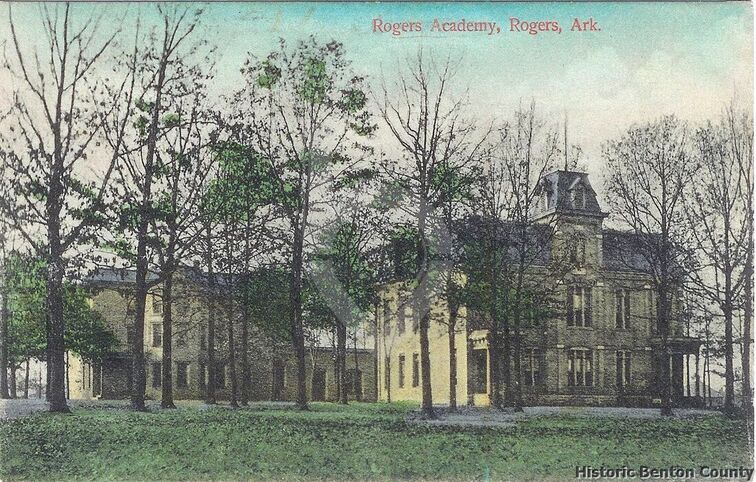 This is an image of one of the three hotels "Coin" Harvey had built at Monte Ne
Few knew how little the man who once was rated at close to half a million dollars possessed at his death. He believed he could solve the problems of the nation, yet he could not take care of the income he earned from the sale of the books he wrote, all on financial questions, which were eagerly read by thousands the last 40 years and are still in demand by people who believed the author possesed the key that would unlock the gates to Utopia.