Crazy Days Street Sale - By J. Dickson Black (1960)
" We called it a Crazy Days Sale," said Ivan Rose, owner of the Rogers Pharmacy, in Rogers, Arkansas, "But it was a long ways from being crazy, for it made us all some money, and a lot of sales."

The Crazy Days Street Sale was a town-wide promotion headed by the Rogers Chamber of Commerce. Twenty-six merchants took part in the sale. Each paid the C. of C. $10.00 for putting it on. This covered the cost of the Crazy Days signs that went up in the windows of each store, and the big streamers that went across the streets, plus the little incidentals.

The idea was for each merchant to have a few items priced so low it was crazy. These were to be out on the street. Everyone was urged to dress and act as crazy as they liked through the two days, so they could have fun - and they did.

Up and down the main business district for the two sale days, you could see tables and racks out on the sidewalks full of merchandise at real bargain prices.

Costume Jewelry was the big crazy buy at half price and less at Rogers Pharmacy. 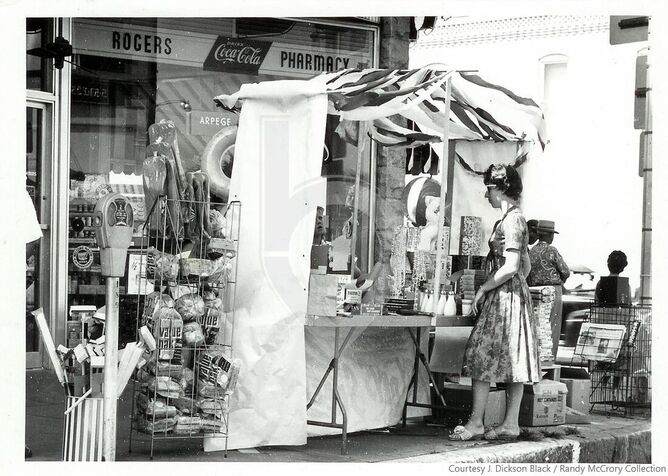 Crazy Days Street Sale at Rogers Pharmacy, Rogers, Arkansas, doubled the population for a couple of days.
"It gave me a chance to clean out the stock room and sell a lot of things that have been in there too long", Mr. Rose said.

Most of the merchants took advertisements in a special 12 page tabloid printed by the local newspaper. This was enclosed with the newspaper, as well as being mailed as a mailer to all the people in the Rogers trade area. 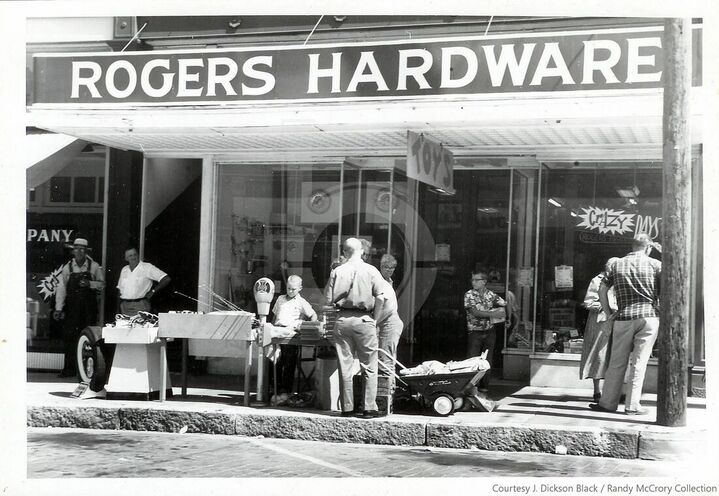 Things on sale in front of Rogers Hardware at 113 W. Walnut
There were several hundred spot announcements used on the radio. The station made a price of $1 each if the store took ten or more. The spots started three days before the sale and ran for the two day sale days. These were a big pulling power.

The two main streets were roped off for the sale. At night they had bingo and penny pitching at booths on the street. There were also food booths with snow cones and ice cream and drinks. From 6:00 to 9:00 the town had a Carnival atmosphere.

"This sale brought more people into the store than any other one I have ever had", said Ivan Rose, "And with the whole town taking part the cost was less than if I had put on a clearance sale." 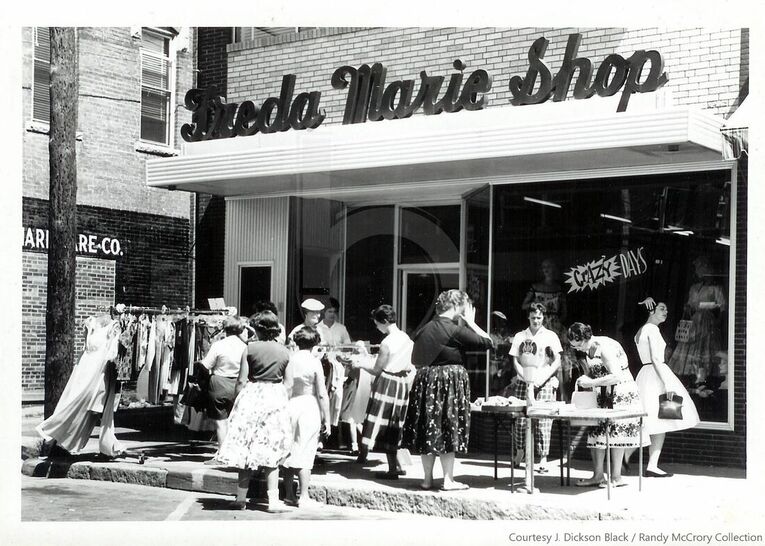 Sale at Freda Marie Shop at 11 W. Walnut. The sale was from 8am to 9 pm.
​The lady in the big white hat was their clerk, Mrs. Tom Mulos.
Most of the people who stopped to shop outside went on into the store to see what was on sale there. They bought many things that were not on sale.

Over 5000 people came to Rogers for the first day of the sale and about 3500 the second day. A good number of them went into stores that they had never been in before. Well over a 1000 people were through Rogers Pharmacy in these two days. Many of them had never been in the store before. 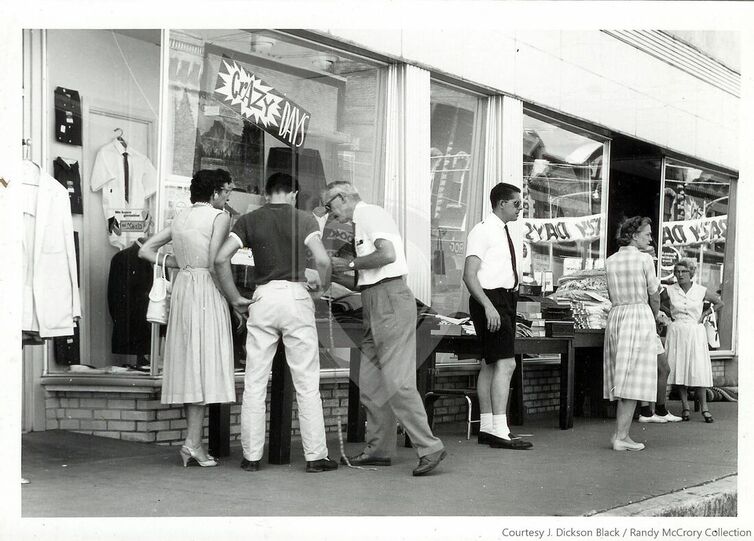 Sale in front of Hunt's Department Store- 104 W. Walnut
"I think that  it would have helped if there had been more entertainment on the street," said Mr. Rose, "But people did seem to have a lot of fun as it was and they came into the store laughing most of the time."

"I have taken part in several town-wide sales, but this one was the best," he said. "I sure will take part in the next one."
Images of other stores that took part in the Crazy Days Sales: 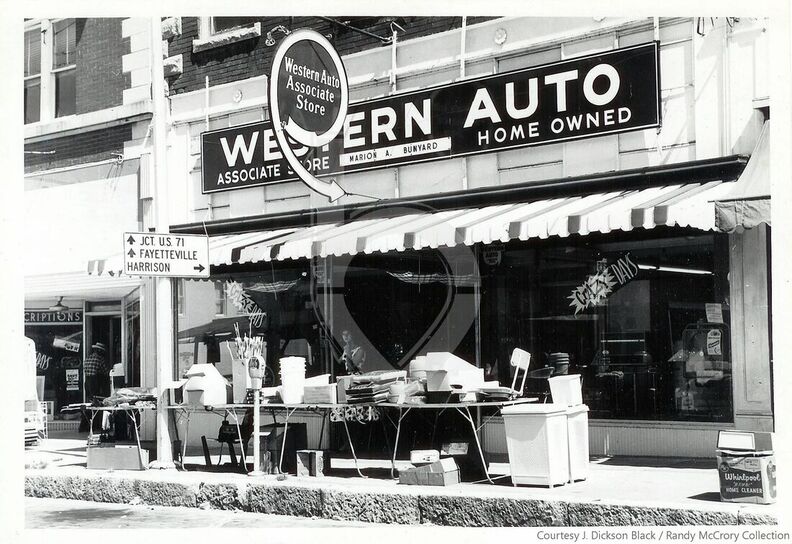 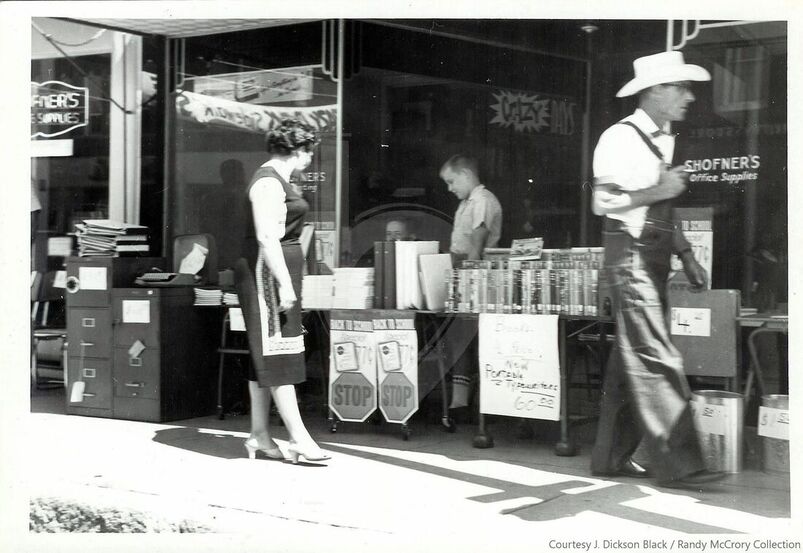 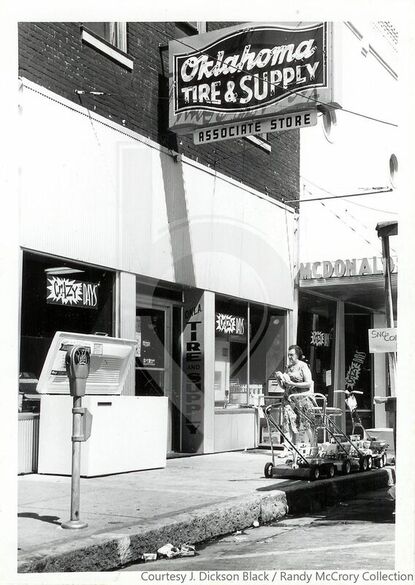 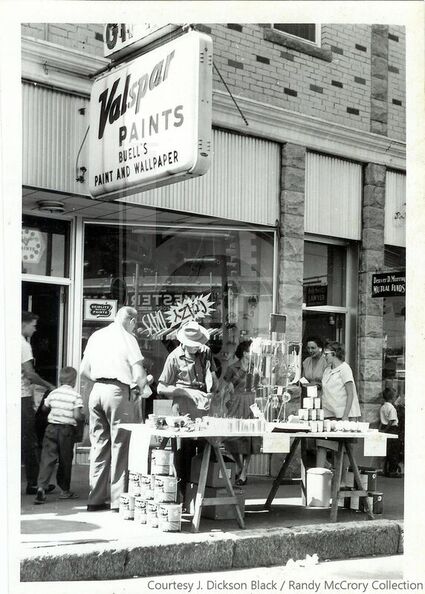 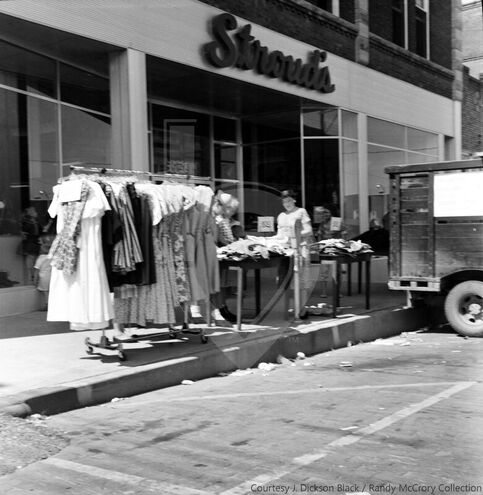 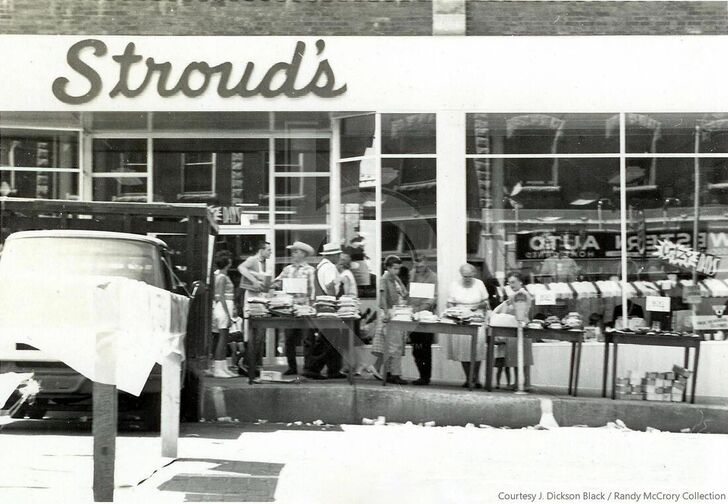 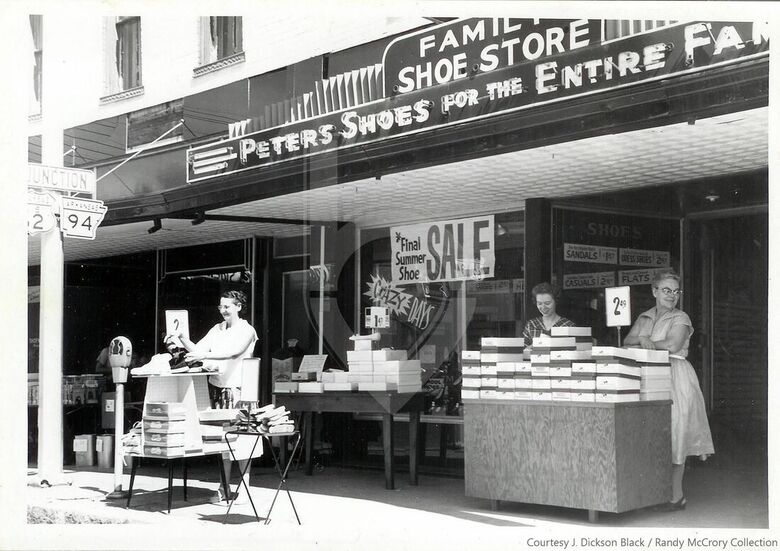 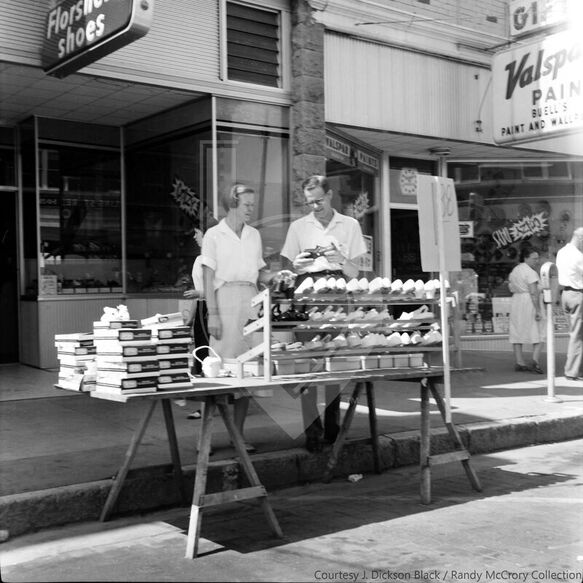 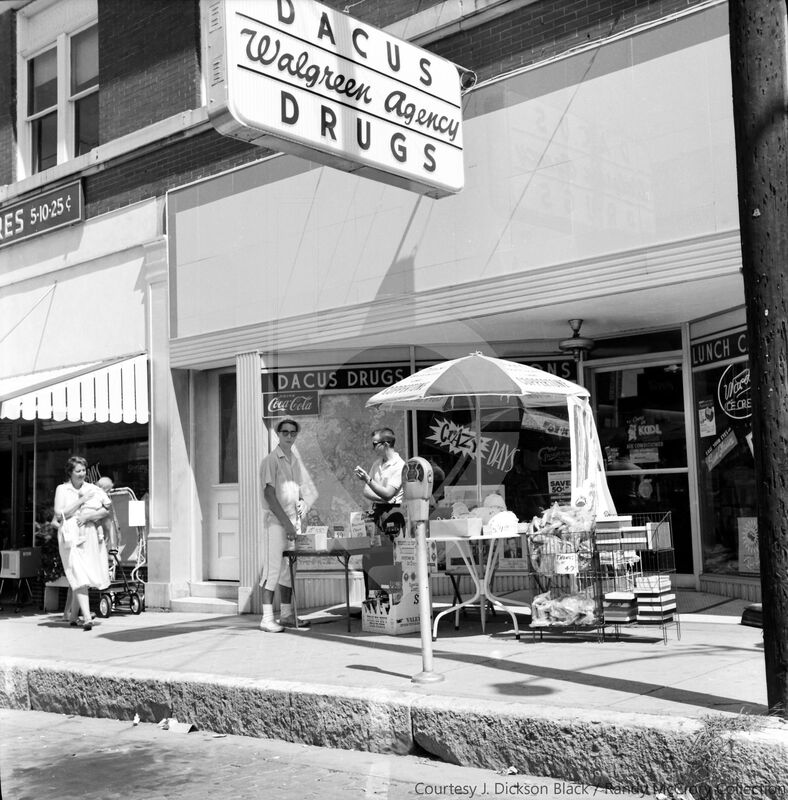