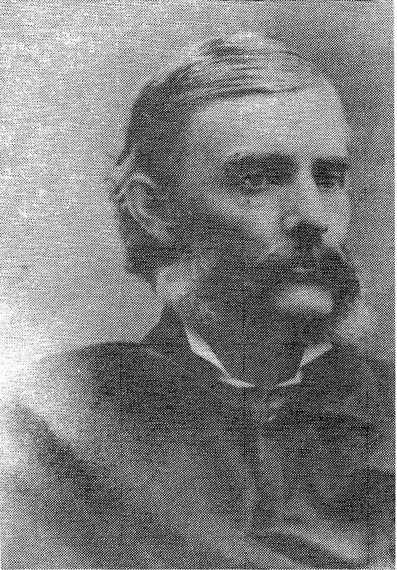 ​Dr. William R. (W. R.) Davis  was born in Montgomery County, Ky., on November 22, 1832, and is the son of Col. Josiah Davis and Patsy Chandler (Smith) Davis, and the grandson of James Davis, who was a soldier of the Revolutionary War. Col. Josiah Davis was born in Fayette County, Ky., in 1797, and was of Irish-Welsh extraction. His grandfather immigrated to the United States from Ireland with a flail upon his shoulder, and hired to a Welshman in Maryland to thresh his wheat, fell in love with his daughter and married her. Col. Josiah Davis was a colonel in the Home Militia, and had three older brothers in the War of 1812, two of whom were killed in running the gauntlet at the battle of River Raisin. The Colonel was a farmer and politician. He was a member of the State Legislature two terms, and was one of the influential and prominent men of his locality. He was a man of eminent ability, and a warm personal friend of Henry Clay. He died of pneumonia in 1847. His wife was of English extraction, and was born in Fayette County, Ky., in 1805. She died in 1862. She was the mother of twelve children, six sons and six daughters, four of whom were still living in 1889,.

Dr. W. R. Davis was the sixth child born to his parents. He received his literary education at country schools, finishing up at Sylvan Academy, near Lexington, Ky., and at the age of twenty years commenced the study of medicine, his preceptor being Dr. John A. Hannah, of Mt. Sterling, Ky. In 1852 he entered the Ohio Medical College, of Cincinnati, Ohio, and during the winter of 1853-54 attended a partial course at Louisville Medical College, graduating in the spring of 1855 at Transylvania Medical College, Lexington, Ky., and at once began the practice of his profession in the county of Clarke, afterward removing to Lewisport, Hancock Co., Ky., where he commanded a leading practice for ten years, during which period, in the year 1858, he was married to Miss Harriet A. Echols, of Wheeling, Va., who was born in 1837. Three children were born to this union before the death of his wife, which occurred in 1864. Only one was living at the time of this biography, Samuel E. Davis, attorney at law in Bentonville.

In 1866 Dr. Davis, then a widower, removed to North Middleton, Bourbon Co., Ky., and in 1868 he married Miss Mary F. Seamands, who was born in Bourbon County in 1843, and who has since borne him seven children, to wit: Mary A., Preston S., Josiah, William R., Winfield C., Patsy C. and Eleanor A. In 1876 Dr. Davis received a diploma from Louisville Medical College, and in same year commenced business in Winfield, Cowley Co., Kansas, where for nine years he continued to enjoy a large and lucrative practice, acting a part of the time as local surgeon for the Atchison, Topeka & Santa Fe Railroad; was a member of the Southern Kansas Medical Society; was for one year vice-president of same, and also a member of the Kansas State Medical Association.

He spent a year with his family at Vinita, Indian Territory, during which period he was local surgeon for the Missouri Pacific and M., K. & T. Railroads. In 1886 he became a citizen of Bentonville, Ark. Dr. Davis was a Democrat in politics, was stockholder and director in the People's Bank, also director and stockholder in the Bentonville Evaporating and Canning Company. Dr. Davis always commanded a large practice as well as the confidence and esteem of his acquaintances, and was a man of public spirit and progressive ideas. He was one of the leading men in making Bentonville what she now is, having aided largely in securing enterprises of value and worth to the town, and in conjunction with Mr. Dunn laid off and platted a forty-acre addition, known as Dunn & Davis' addition. During the short time he was here, he erected a number of houses and owned a large number of lots in the city. He was agent for the Jarvis-Conklin Mortgage Trust Company, Kansas City, Mo.

Dr. Davis was a member of the Christian Church, a Mason, and belonged to the I. O. U. W.: also, before moving west, was a member of district and state medical societies in his native State. Kentucky. Dr. Davis passed away on January 26, 1908 and was laid to rest in the Knights of Pythias  part of the Bentonville Cemetery.