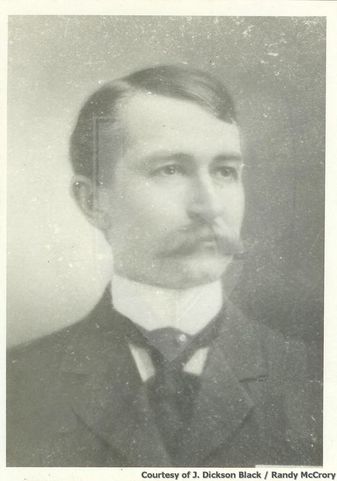 ​Hugh Anderson Dismore, the son of Alexander Winchester Dinsmore, was born on December 24, 1850, near Cave Springs, and was also a prominent Arkansan.
He was educated in Benton County public schools and Ozark Institute in Washington County. He was a store clerk and traveling salesman before he decided to become a lawyer. He studied with Samuel N. Elliott of Bentonville, and in 1872 was appointed by Gov. Elisha Baxter as the 11th Benton County circuit clerk. He resigned in 1874 when admitted to the bar.

Dismore moved to Fayetteville in 1877 to practice law before he was elected prosecuting attorney for the 4th Judicial District. He served in the position until 1884.

In 1884, Dinsmore served in the Electoral College as a Democrat. Grover Cleveland was elected president.

After the loss, Dinsmore was appointed by Cleveland as minister to Korea. Dinsmore was greatly respected in Korea. Korean Emperor Ko-Jang requested Dinsmore stay in Korea when his initial term was ending, and he did so for about a year. Ko-Jang offered Dinsmore the job of counselor of the kingdom, but Dinsmore declined, returning to Arkansas instead.

Dinsmore was elected to Congress in 1892, replaced Peel, and served five successive terms. After he failed to be re-elected in 1904, he returned to Fayetteville where he practiced law, and became involved in fruit farming.

1n 1905, Dinsmore made headlines when he and Gov. Jeff Davis, a candidate for U. S. Senate, became involved in an altercation in the Washington Hotel in Fayetteville. Davis struck Dinsmore with his cane, breaking it. Dinsmore then pulled a gun on Davis, and reportedly pistol-whipped the governor. No shots were fired, and no one was arrested. Dismore was appointed in 1921 by Gov. Thomas C. McRae to serve a ten-year term on the University of Arkansas Board of Trustees.

​He died on May 2, 1930. He is buried in the Evergreen Cemetery in Fayetteville.

This biography is adapted from: The Black Family of Benton County, Arkansas – The Descendants of John Black 1854-2016