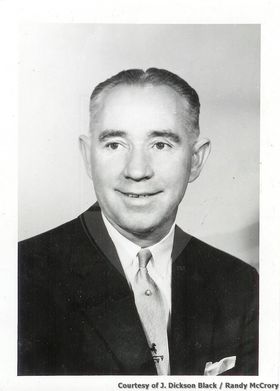 Fred Douglas was born in Bentonville on November 15, 1903, to Marion and Emma Copper Douglas, pioneer residents of Benton County. Douglas served as cashier of the Bank of Bentonville for 20 years, and was a member of the board of directors during that time. At the time of his death, he was vice president of the bank, in charge of public relations.

There is one office to which organizations preferred to elect Fred Douglas. It’s that of the treasurer. The organizations for which Mr. Douglas, a bank executive, served as treasurer were the Benton County Fair Association, the Tigers Booster Club, the Chamber of Commerce, the First Methodist Church Bond Fund, Troop 52 of Boy Scouts, the National Foundation of the March of Dimes, and the Salvation Army. Some of these job he held as long as 20 years. Douglas also held other offices such as chairman of the March of Dimes, as well as the treasurer.

Douglas had served as county chairman of the Boy Scouts, as well as district chairman, and was a member of the executive committee of the Westark Council for about 16 years. In 1952, he was awarded the Silver Beaver which is the highest honor bestowed on an adult in scouting.

Douglas held a life membership in the Chamber of Commerce, for which he served as treasurer twenty years. He was a charter member and was the first president of the Kiwanis Club in which he had a perfect attendance record of more than fifteen years. Douglas was chairman of the Benton County chapter of the American Red Cross for eight years and was vice-chairman for over 11 years.

Douglas was a member of the Blue Lodge, Royal Arch, Select Masters and Knights Templar. He was a past master of the Bentonville Lodge No. 54. He served as deputy grand master for one year.

He was an active member of the First Methodist Church, he was a member of the church board, a lay leader, and taught Sunday School for over 25 years.

He was married to Eulala Miller on January 31, 1929. Together they had one son, John Douglas.

Mr. Douglas passed away May 17, 1965, and is buried at the Bentonville Cemetery. 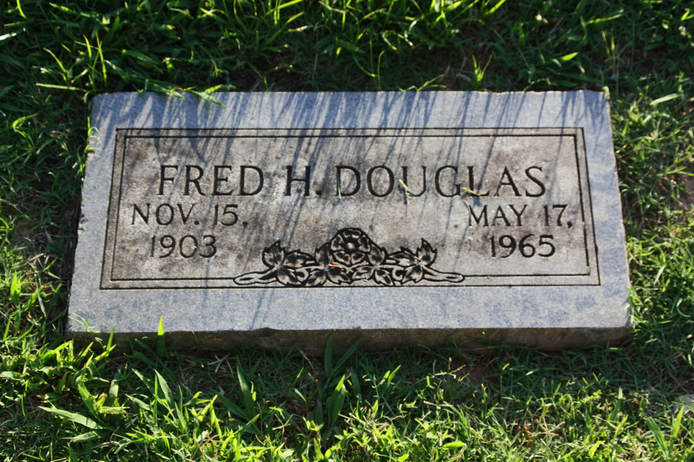