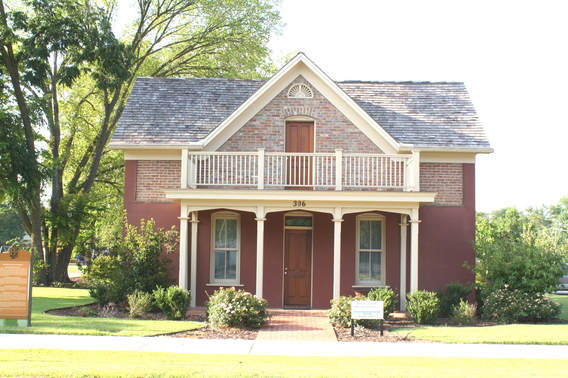 The first schools in Bentonville were called subscription schools. We know that one of these schools was run by J. Wade Sikes, probably in someone’s home. He received $15 in pay each month and housed with one of the families of the students. This was prior to the Civil War. J. Wade Sikes later became known with the founding of the town of Rogers.
​
In 1841, the people of Bentonville decided to build a school building, which would also house the town’s Masonic lodge. It was located on NW 2nd Street behind the old Christian church. There were 49 people who pledged a total of $490 to get the school built. Many of the people in town pledged labor and material instead of money. It is believed the original school house may, for a while during the Civil War, have been used as a hospital. It is thought that there may have been several graves of Civil War soldiers buried close to the building. There are six Confederate soldiers buried in unmarked graves at the Bentonville cemetery, believed to have been moved there from this location. The building was a log structure and was used until it was burned during the Civil War, perhaps by local citizens to keep Union forces from using the building.

After the Civil War, local citizens used whatever wood could be salvaged to build a small wood structure for a school. They built this structure at the same location the previous school had been. Then a group of several denominations built a two story brick structure to the south of the existing wood structure. In June 10, 1866, it became a Sabbath School for which students had to pay (subscription school) to attend. This was probably used until the first public school was completed in 1872.

You can see this building today located at 306 N.W. Second Street. This building became the center of attention several years ago when it was slated to be torn down. People had long forgotten its original use except for one local historian, Monte Harris. Through her efforts and those of the The Peel House Foundation, this building has been saved. It now houses the Benton County Historical Society. 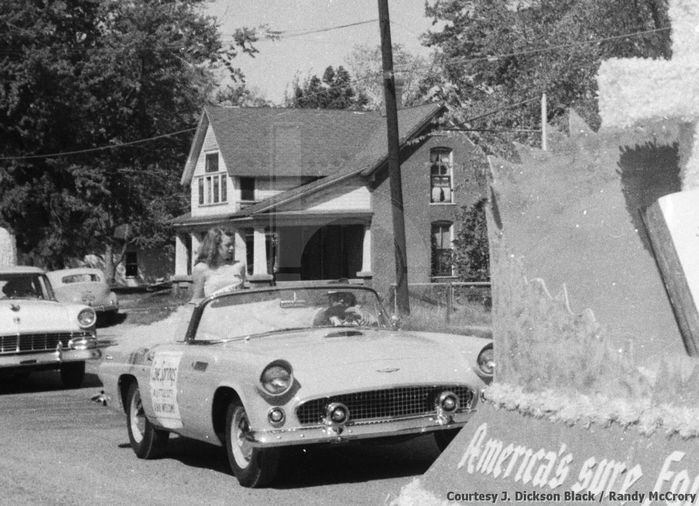 In the background of this photo you can see the house enclosing the old school house. 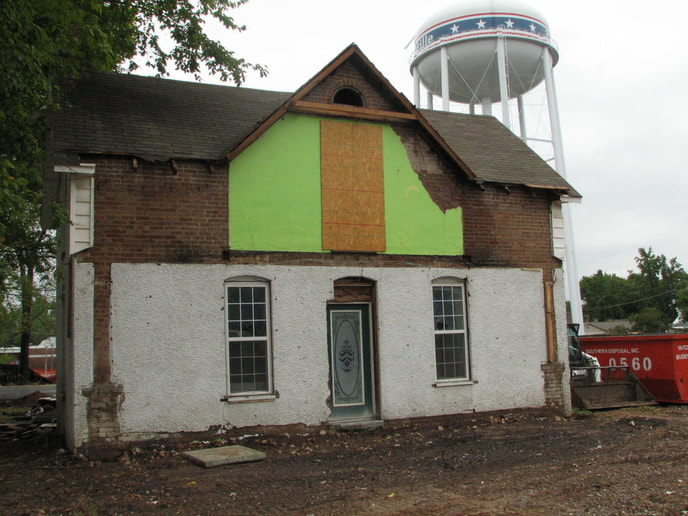 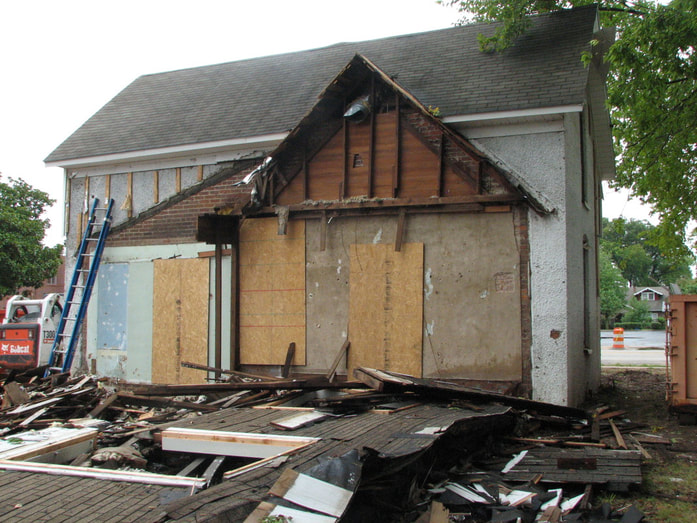