William (Bill) Enfield was born in Iona, Kansas, January 24, 1921, son of Alfred Ray Enfield, a practicing lawyer, and Marie Vancil Enfield. Enfield attended the public schools of Iona. He started attending college at Washburn University in Topeka, Kansas, but later transferred to the University of Arkansas where he graduated in 1941. He finished his first year of law school and then enlisted in the Marine Corps reserve officer training, where, at the age of 21, he was the youngest person to graduate from the program.

He served in the South Pacific in 1942, participating in the Battle of Midway, a month-long raid on the island of Guadalcanal, and the Battle of Bougainville. While home on leave in 1943, he returned to Fayetteville and asked his first love, Miriam Rosen, the 23-year old daughter of University of Arkansas Harry Rosen, to marry him. The couple had met at a Bella Vista dance a few years earlier. When he finished his South Pacific assignment, they were married in 1944.

After a brief stint in Washington D. C. where he worked at the office of the Secretary of the Navy, the Enfields returned to Fayetteville.  At the University of Arkansas law school, he served as editor of the Arkansas Law Review and received his juris doctorate in February 1948. Upon admission to the bar in February, 1948, Enfield opened a law office in Bentonville. He also taught part time at the University of Arkansas.

During this time Arkansas Governor Sid McMath appointed Enfield to finish an unfilled term as Benton County judge. The 13-month appointment made Enfield the youngest county judge to serve in Arkansas. When the term was completed, he partnered with Clayton Little to form the Law Firm of Little and Enfield, a practice which lasted 20 years. In 1968, Enfield was elected  circuit judge and initially held court in Benton, Madison, and Carroll counties. He was never opposed for reelection during the 20 years he served.

An active Presbyterian Church member and lay minister, he served as an elder, trustee, Sunday School teacher chairman and Vice Moderator of this presbytery. He was a member of the board of directors of the Bank of Bentonville, Benton County Savings and Loan Association and the Rogers-Bentonville Elks Lodge, a licensed pilot and member of the Regional Airport Commission, as well as a member of VFW and American Legion.

In 2006, he was named Arkansas Citizen of the Year by the Arkansas Scottish Rite organization. Judge Enfield was instrumental in the establishment of the Miriam Enfield Community Center for Mental Health in Bentonville, the Rosen Center for development of alternative Pest Control, the Enfield and Little professorships and the law school classroom building at the University of Arkansas.

Along with Dr. Neal Compton and others, Mr. and Mrs. Enfield helped establish the Buffalo as a national river.
He was preceded in death by his wife, Miriam Enfield, in 1997. The Enfields had two children, Bill, Jr. and Leticia (Tish). Judge Enfield passed away Aug 23, 2010. 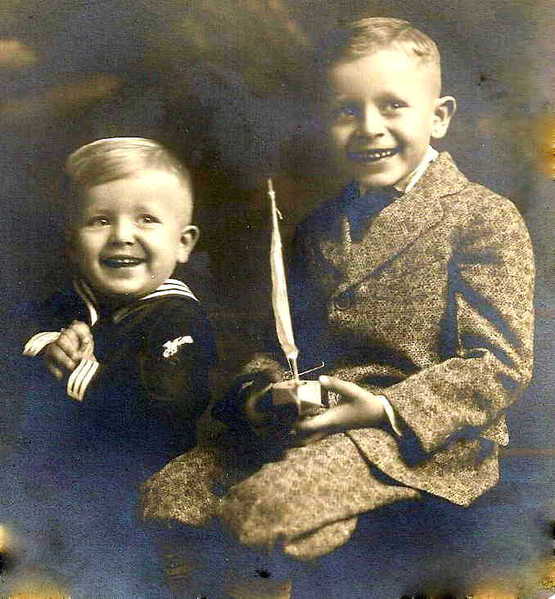 A photo of William (Bill) Enfield and his brother Ray Enfield 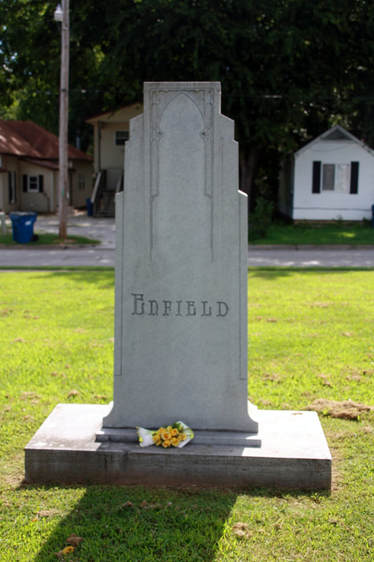