We have had with us, this week, the distinguished German-born citizen, General Franz Seigel. He arrived in Rogers on Tuesday night, and has been spending the days, since, in traveling over the Pea Ridge battlefield --- the scene of his exploits of twenty-five years ago 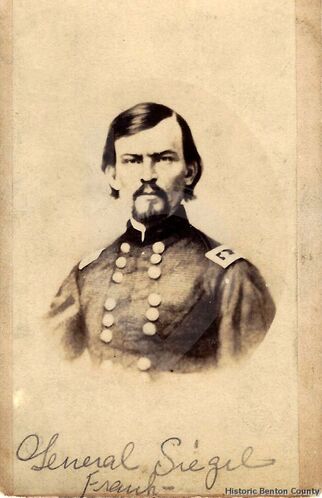 An image taken of Gen. Seigel about the time of the battle of Pea Ridge
He visited the old town of Bentonville, and on Thursday ate dinner in the same old tavern in which he had commenced to eat when the confederate troops compelled him to abandon his dinner and commence the celebrated retreat to the Elkhorn tavern, where the bloody battle was fought which, coupled with the record of that retreat, has made the name of Siegel and the Elkhorn tavern historic. 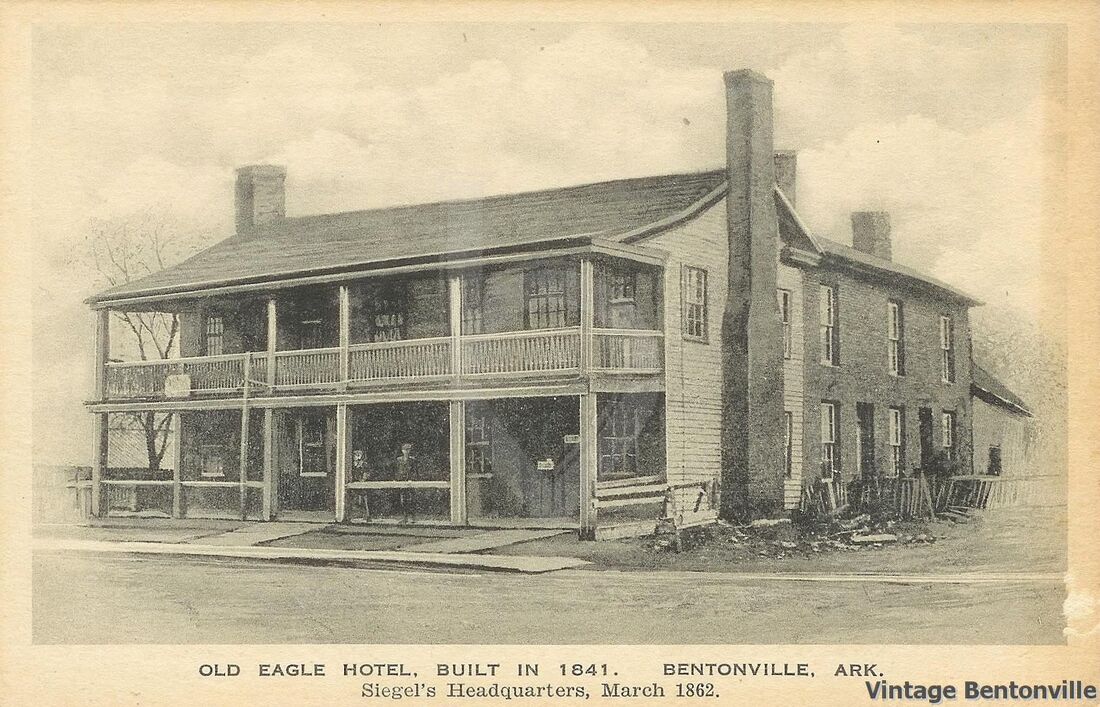 The Eagle Hotel was where Siegel was eating a meal (many accounts say breakfast) when confederate troops entered Bentonville and Siegel was forced to make a hasty retreat. Today the Massey sits at the location where the old Eagle Hotel once stood.
After the lapse of twenty-five years he has had the pleasure of finishing his dinner in the same room from which he fled, and this time he was surrounded by hospitable people who grasped his hand and bade him welcome to the place from which theyhad fought so valiantly at one time to dislodge him. The General was incognito for the first two days that he was here, representing himself as a tourist; here for 'mine pleasure' and he succeeded in keeping his identity from the public until he had accomplished his purpose, that of obtaining some facts, statistics and plats of the battle ground necessary for historical purposes. His stay at Rogers was cut short a day by receipt of a telegram from headquarters, but as he boarded the 'Frisco train he said that he was not leaving in so great a hurry as he did the other time he was here. 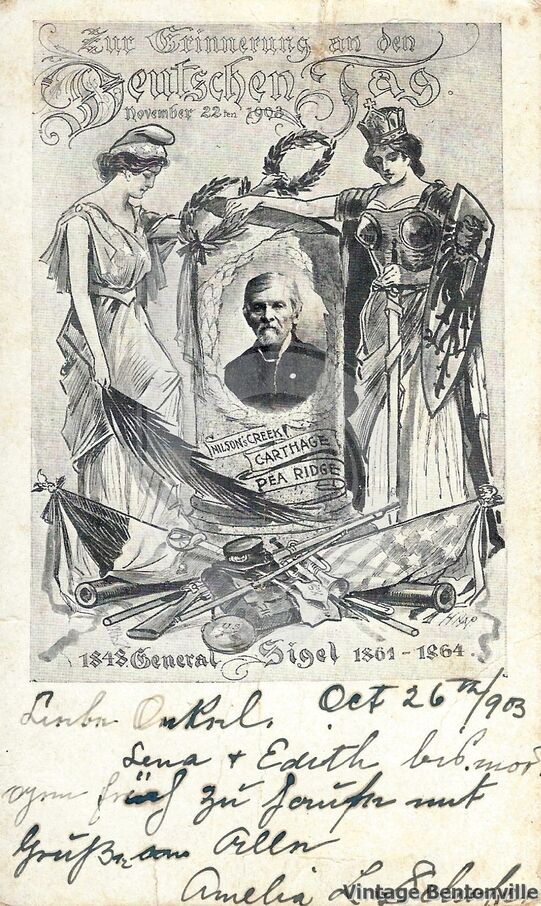 This was a memorial card put out at the death of Gen. Seigel. If you notice the card is in German.  The postcard is dated 1903.