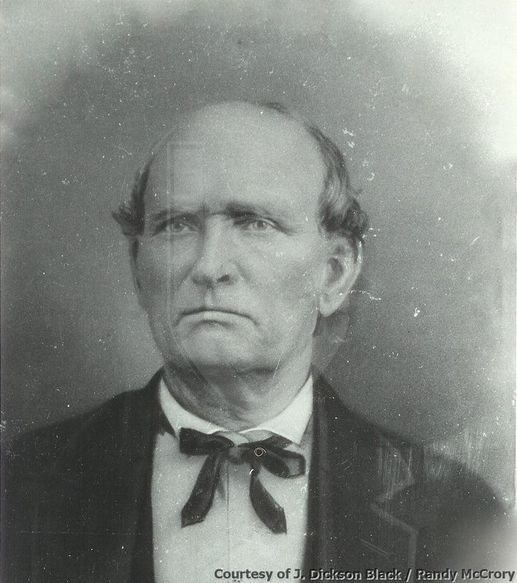 Judge Alfred Burton Greenwood – was prominent among the old and much respected citizens of Benton County, Ark. He was born in Franklin County, Ga., in 1811, son of Hugh B. and Elizabeth (Ingram) Greenwood. The father was born in North Carolina, was of Irish descent, and a carpenter and cabinet-maker by trade. He went to Virginia when a young man, was there married, and soon after immigrated to Franklin County, Ga. Later he moved to Lawrenceville, Ga., where he died, August, 1825. Mrs. Elizabeth (Ingram) Greenwood was born in Mecklenburg, Va., and died in 1838. They were the parents of five children, the subject of this sketch being the eldest.

Alfred was educated at Lawrenceville, Ga., and at the age of eighteen became a disciple of Blackstone, his preceptor being William Izzard, and was admitted to the bar at Monroe, Ga., in 1832. He immediately located at Decatur, De Kalb Co., Ga., and there continued until 1832. In 1833 Judge Greenwood married Miss Sarah A. Hilburn, who was born in Union District, S. C., in 1819, and twelve children were the result of this union, eight of whom lived to maturity: Mrs. Mary Hollingsworth. Mrs. Sophia A. Black, George, Mrs. Georgia A. Arrington (widow of John A. Arrington), John. Mrs. Sarah A, (married V. M. Lassater), Alfred W., and William.

Greenwood played a role in the Trail of Tears. He was appointed commissary for a detachment of 1,000 Cherokee being forcibly moved from Georgia and Tennessee to Oklahoma. His detachment traveled west through Nashville, Tenn., crossing the Ohio and Mississippi Rivers, trekking through Missouri and Benton County. After hearing about what Arkansas had to offer, Greenwood resigned his job, and moved his family to Arkansas. In 1838 he immigrated to Bentonville, where he located, and where he resumed his practice. The community at that time had 30 residents and one store. Mr. Greenwood became the town’s first attorney.  In 1846 Judge Greenwood was elected by the State Legislature as prosecuting attorney, and represented ten counties in Northwest Arkansas. In 1848 he was elected to the same office by the people, and re-elected in 1850. In 1852 he was elected circuit judge of the Fourth Judicial Circuit of the State of Arkansas, which composed ten counties, the same he represented as prosecuting attorney. In 1853 he resigned as circuit judge, and was nominated to Congress from the First Congressional District which comprised all territory north of the Arkansas River, or about thirty counties, there being but two districts at that time in the State. Soon after his nomination Judge Greenwood threw up his judgeship and entered the canvass. At the November election he was elected by a majority of about 10,000. He was re elected in 1854 and 1856, and served in all six years.

In 1858 Judge Greenwood was appointed by President Buchanan as commissioner of Indian affairs, and held the office during the remainder of Buchanan's administration. While commissioner of Indian affairs, the Secretary of the Interior, Jacob Thompson, resigned, and Judge Greenwood was tendered the position, but declined to accept the office. During the civil war he was appointed by Jefferson Davis as Confederate tax collector of the State of Arkansas, and during the month of December, 1864, he collected over $2,000,000, being located at Washington. Hempstead Co., Ark. After the war the Judge devoted his time and attention to the practice of law.  September. 1884, Judge Greenwood lost his wife.

As of 1889, Judge Greenwood was the oldest resident citizen of Benton County, and the oldest member of the Benton County bar. He was continuously in office for over twenty years, and during all that time his official as well as private life was above reproach, thus forcibly illustrating his marked ability as an able and efficient public officer. He was a Democrat in politics, and gained a national reputation, being one of the most influential men in Northwest Arkansas. During his congressional career he served with Vice-president Hendricks. Charles Sumner, John Scott Harrison, father of ex-Senator Benjamin Harrison, John C. Breckenridge, etc. He was a charter member of the Masonic fraternity and was a member of the Methodist Episcopal Church, South, of which he was a steward for several years. The town of Greenwood (Sebastian County) is named for him. Sebastian County was part of the 4th Circuit when Greenwood was judge. Greenwood County, Kan., is also named for Greenwood, He was commissioner of Indian Affairs when the territory was organized and negotiated treaties with the tribes in southern Kansas. He died in Bentonville on October 4, 1889 and is buried in Bentonville Cemetery.
​
This biography is adapted from: Goodspeed  - History of Benton County  1889 and The Black Family of Benton County, Arkansas – The Descendants of John Black 1854-2016 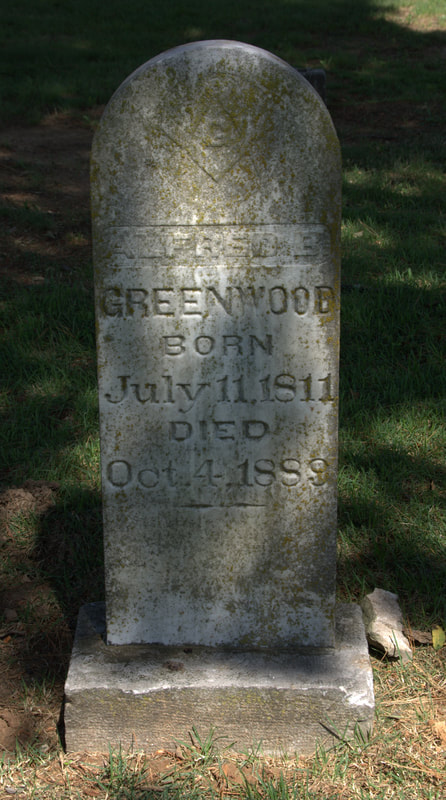