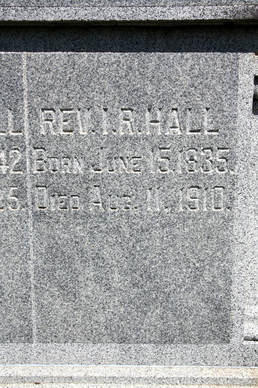 ​Rev. Isom R. Hall  was a pastor of Pleasant Grove and Shady Grove Churches, in Benton and Washington Counties, respectively, and senior member of the lumber firm of Hall, Guthrie & Co., of Bentonville, was a native of Dawson County, Ga., born 1835, and the son of Isom and Nancy (Arnold) Hall. Isom Hall, Sr., was born in North Carolina in 1804, and was a Missionary Baptist minister and a farmer by occupation. When but a lad he moved to South Carolina with his father, John Hall, and here grew to manhood. He was here married, and in 1826 he moved to Georgia, and from there in 1851 to Conway County, Ark. He died in 1886, having followed his ministerial duties the principal part of his life. His wife, Mrs. Nancy (Arnold) Hall, was born in South Carolina in 1814, and died in 1852. She was the mother of ten children.

Isom Hall, Jr., was educated in Georgia and Arkansas, coming to the last named State with his mother's parents in 1851. In 1859, he married Miss Sarah J. Hankins, a native of Tennessee, Roane County, born 1842, and the daughter of Joseph and Cassandra (Jones) Hall. After marriage, Mr. and Mrs. Hall located in Conway County, Ark., and in 1874 they moved to Benton County, and located five miles south of the county seat, where they purchased 240 acres of land. Here they remained until the spring of 1888, when he removed to Bentonville. Mr. Hall was later the owner of 360 acres.

Rev. Hall entered the ministry in 1871. He advocated the Missionary doctrine, and had charge of four churches in Benton County. During his time he married and baptized as many people as any other minister of his knowledge. He studied medicine from 1859 to 1865. He was a thorough Christian and an excellent citizen. He was a member of the Masonic fraternity. 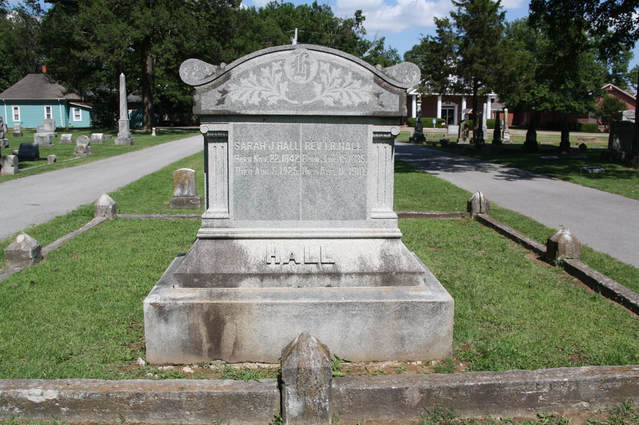