His Eldorado - Arkansas Destined Some Day to Be One of the Greatest States in the Union
Published in the The Bentonville Sun, February 28, 1894
W. G. Shanks, of the Chicago Herald says many nice things about Arkansas. He has returned home from a pleasant sojourn of several weeks in Little Rock, Fort Smith, Van Buren, Bentonville and other cities, and was delighted with all he saw. This is what he says:

​"If a man of small capital wants to get rich, Arkansas is his Eldorado. Why, up in the northwestern corner of Arkansas is the finest fruit country that the sun ever shed rays upon.

"At Bentonville one man told me that he bought 40 acres of land, 20 of which was covered by a young orchard that was just ready for the first bearing. He made enough money off the first crop of apples to pay for the entire 40 acres of land. I also met three men who had bought 640 acres of land, with a view of having it cleared and setting out strawberry plants. They had already cleared 50 acres, and the profits from the timber which had been felled had paid for the expense of clearing. They expect to more than pay for the clearing of the entire 640 acres from the sale of the timber. This land was located near Van Buren, south of the apple district where it is warmer.

"I tell you there is a fortune for men of small capital who want to go into the fruit raising business in Arkansas.

​"Many persons up North think Arkansas, with a long drawn drawl on the 'saw,' is cursed with inpenetrable swamps in some places and inaccessible mountains in others, and that wild bears and bushwhackers from the Ozarks may take your scalp on sight ... Well, many Northerners form these impressions from sensational stories that emanate from the pens of wild-eyed newspaper correspondents but  a Hindoo living in India might just as well attempt to form a correct idea of social conditions in America by reading the story of 'Bill Buncombe of Bloody Gulch,' and other yellow tinged literature. Arkansas needs, in reality, no defence in this regard, but I am just alluding to a few erroneous impressions of persons who were never south of 200 miles north of Mason and Dixon's line.

"Arkansas will some day be one of the greatest states in the Union. Its people have the true spirit of progress, but they are hampered with the lack of capital to develop the resources of the country. Arkansans are anxious and eager for Northern capital to come in and build up the state, and they are a friendly and intelligent people, who will lend every aid possible towards that end." 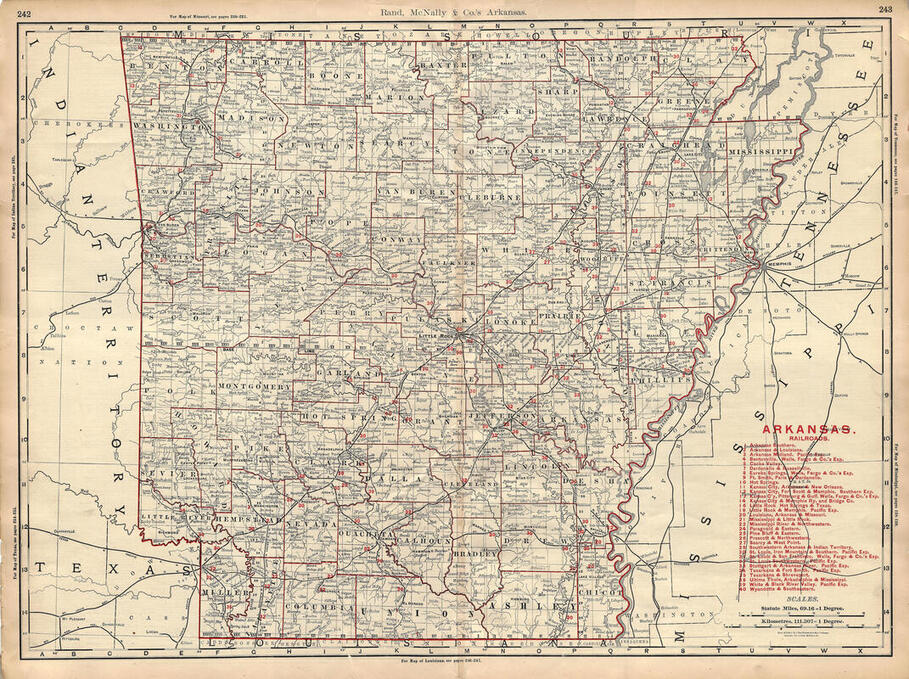