History of Wonderland Cave
is Rich with Legend​

History of Nearby Wonderland Cave Is Rich With Legend and Popularity
Benton County Democrat, March 10, 1965, now the NWA Democrat Gazette
Wonderland Cave, found in a mountainside near Bella Vista Park, could also be called "The Cave of Many Legends." The nearness of Pea Ridge Battlefield provides the basis of the cavelore. On the factual side of the ledger, the cave was opened to the public and actually served as America's only underground nightclub in the 1930's.

Many tales of the Civil War era and the use of Wonderland Cave by Southern troops are told. A cannon ball and calvary bridle, adorned with southern insigna, are on display at the cave lobby.

Shortly after the Battle of Pea Ridge, Federal troops occupied the area and sentenced one Mr. Hale, who resided in what is now Bella Vista Village, to be hanged for illegal possesion of slaves.

The hangman draped his noose over the tree that long since has been known as "The Hanging Tree," but they were cheated of a victim as the slaves loyal to Mr. Hale took the convicted man and hid him in one of the many passageways in the cave, caring for him secretly until the Federal troops left the area. 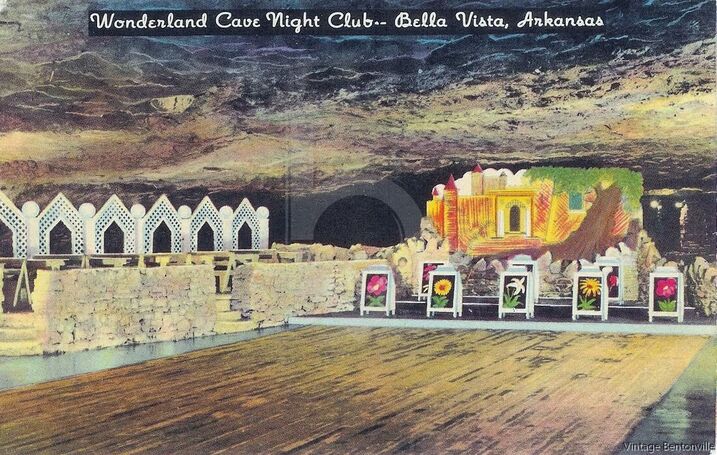 Dance Floor in Wonderland Cave
Since nearly every cave in the area has its legend of use by Jesse James. Wonderland Cave is no exception. According to the legend, the outlaw, as a boy, often visited an aunt who lived in the area, and he became familiar with the cave and its many tunnels. After one of his many bank robberies and with a posse hot on his heels, he fled to the cave. The sheriff and his men, thinking there was no exit, stood guard at the entrance, waiting for the bandits to emerge for food. However, Jesse followed a passageway that led to an opening in Missouri and lived another day to add to his legend. 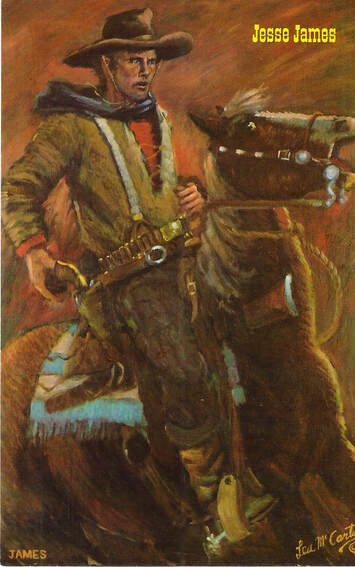 The cave extended some 10 miles northward into Missouri, although this route has never been opened to the public. Explorers have gone many miles in both directions from the mouth of the cave, and report that the cave apparently is non-ending for many more miles. Some areas of the cave are yet unexplored.

Wonderland cave became famous as America's most unique ball room, as throngs of the jazz society entered the cave on May 31, 1930 and later danced to the music of Cab Calloway and Kay Kyser. According to other reports, Guy Lombardo and Woody Herman also performed there. The ballroom, capable of accommodating about 1,500 persons, is 500 feet underground, has an almost perfectly flat dance floor, and still contains the nightclub facilities once used. 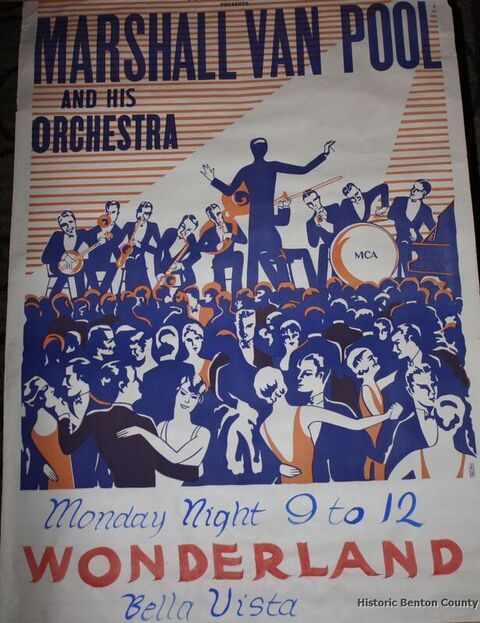 Early band poster for the Marshall Van Pool Orchestra when it performed at Wonderland Cave
Temperature in the cave, regardless of the outside weather, is constant 62 degrees (F). Due to the gentle slope of the cave, little effort is required to roam about the cave via concrete walks.

Robert Ripley featured the cave as an item in the "Believe It Or Not" column, while the cave has drawn the interest of C.B.S., N.B.C. and National Geographic and Holiday magazines. Recently the cave was designated as an emergency Civil Defense shelter. The Wine Cellar, a room in the cave once used to store wine for aging, today instead contains a vast number of cans of emergency water. 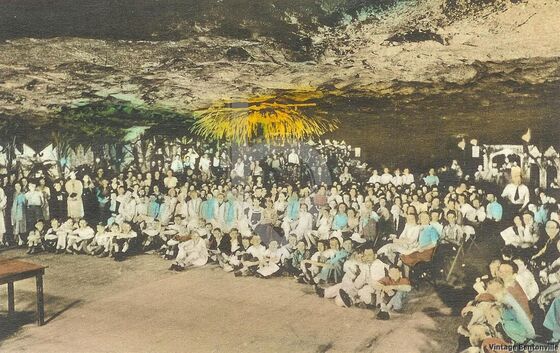 Little wonder that Wonderland Cave is often called "The Cave of Legends." 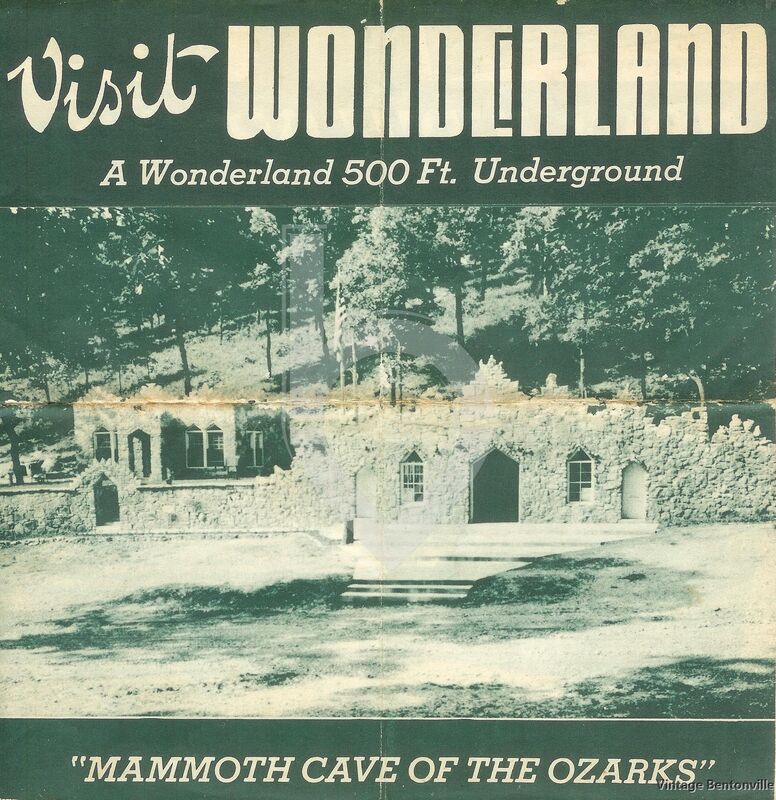