Hit and Miss Memories
By Charles D. Haney (The Benton County Democrat 5/23/1936) Now the NWA Democrat Gazette
One of the earliest memories, the Hammond hanging - The vast sordid and morbid crowd, Hammond sitting on his coffin going to the gallows . . .the gallows that stood that stood for years after the hanging in what is now Scott's pasture, known then as the open prairie  . . . the "hants" that were supposed to have their habitat around this place on Friday nights . . . ox teams hauling tobacco to the tobacco factory or to sell to the Reynolds Brothers Buyers . . . deer and wild turkey hanging from the butcher's rack . . . when everybody, which included town people, had hogs on the range and a registered mark . . . Is there anyone in the schools of the county who can tell what is meant by "two underbits in the left ear and a crop on the right?" [ FYI, it is where they would cut pieces out of a cow's ear to show who it belonged to, similar to a brand] . . .  the cordial greeting of "alight, friend," when one rode up to the home of a settler . . . men borrowing money without written evidence of debt . . . no security except the spoken promise.

The backwash of the Civil War . . . tattered blue and gray uniforms often to be seen . . . the intense feeling against carpet baggers . . . a hog cholera epidemic that kept people busy pulling carcasses out from under houses and barns and hauling them off . . . striped back, long horn scrubby cows . . . W. R. Clark importing the first Jersey bull to the county, perhaps the most valuable animal it ever had . . . Mack Rogers selling to J. C. Knott two full wagon loads of cured bacon driving two teams of mules that would look like a million dollars today . . . The suave and courteous Col. W. A. Terry selling merchandise and visiting with his trade.

​The dignified and high minded A. W. Dinsmore with gray and silken beard . . . Among others Dave Woods [Dry Goods Store], and the Claypools, Craig and Sons [Real Estate], J. C. Pluck, R. W. Hansard [Photographer], Uncle Johnnie Reed, all honorable merchandisers,  selling honest goods at  honest prices . . . Pat Donan, the newspaperman who made an enviable and national reputation as a writer . . . the fire that laid waste to the north side [of the square] and one on the south . . . when the east side [of the square] was the best business location . . . and when "D. J. Wood was still in the ring" and Jim Vaughn opened the first Five and Ten . . .

Wehn J. C. Knott opened a grocery store on the south side, where for nearly a half century he maintained a reputation for great business ability and unyielding honesty . . . When Clint Crouch came to Bentonville, a dapper young man, to work at his trade . . . Calvin Coolidge and North Hampton, Mass., may have its shoe shop and philosopher, Lucy; Bentonville has its "Backband and Gear Shop" and its Prof. Clinton Lycurgus Crouch . . . Kit Campbell, little more than a mere boy, coming to engage in the barber business, in which he is still engaged . . . A pleasing personality, honest dealing and strict attention to business made his business a success and more, an institution for the town.

Jo. S. Stevenson, an adventurous young Irishman, coming from the west driving a head of Broncs. He came to tarry a few days, lost his heart and found a home . . . Judge R. W. Ellis, the orator and story teller, so kindly disposed he told all the stories on himself . . . Judge S. N. Elliot, the man with the giant brain and the heart of a child . . . Uncle John Black's reception of Gen. Franz Seigle, when he returned after an absence of years to finish his breakfast at the old Eagle Hotel that the Confederate vanguard forced him to abandon the day before the day before the battle of Pea Ridge . . .

The glamor of Harry Elliot when he returned from the west a successful miner . . . Edward White, a boy about town, who went out in the world to make a great name for himself as a lawyer, author of law books, executive of a great railroad system and yet found time to become a renowned Spakesherian scholar . . .

The young man, ex-President Herbert Hoover, staying at the Blake Hotel, working on his first job assisting on the geodedic survey in the local area . . .

Memories come in battalions now, perhaps of no interest save to a few old cronies, and space forbids. The record is made and closed, but still: "The moving finger writes, and having writ, moves on. Nor all your piety nor wit, can lure it back to cancel half a line, nor all your tears wash out a word of it." 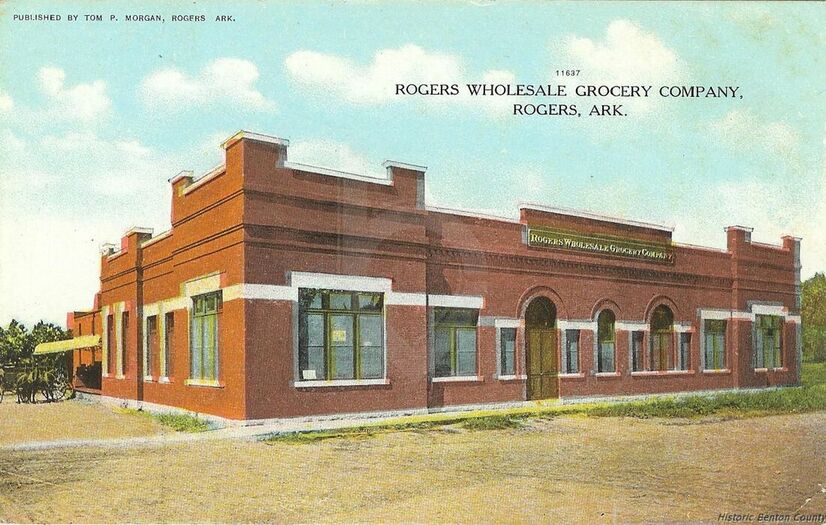