Dr. Hobbs was born in Nelson County, Kentucky, September 16th, 1836, to John H. and Nancy Wray (May) Hobbs. He was the youngest of eight children. When 19, he came to Arkansas and at the age of 21, he married Miss Martha Vestal, of this county, and from this union were born two sons. In September of 1861, Mrs. Hobbs died. During this year, Mr. Hobbs entered the Confederate army as 1st Lieutenant under his brother Captain James Hobbs. When the brother was later promoted to Colonel, young J. M. Hobbs was promoted to the captaincy of his company, and during the 4 years war he served with distinction. He was in the Battle of Pea Ridge, the memorable siege of Vicksburg, and the  hotly contested battles of Corinth and Oak Hill. 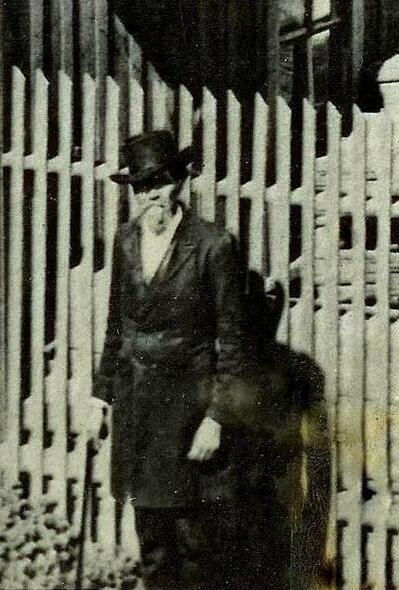 Photo of Dr. Hobbs on S. W. A St. in Bentonville
After the war he entered the medical college of Louisville, Kentucky, and graduated with honors from that institution in 1867, and came to Bentonville where he built up a large and lucrative practice. In 1867 he married Miss Anolia N. Douglas, of this county, from this union there were two more sons born.

​Dr. Hobbs died May 15, 1893 at the age of 57. He was buried in the Bentonville Cemetery. Dr. Hobbs was survived by his wife and two sons 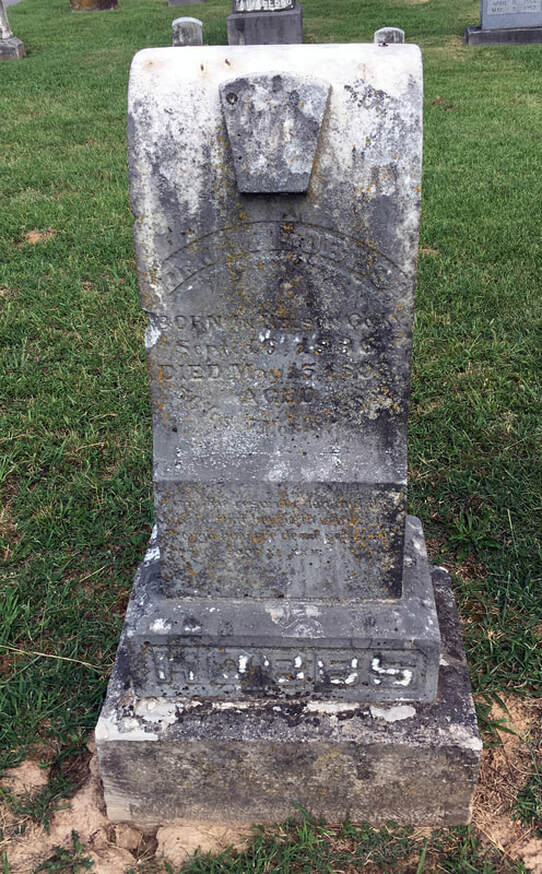 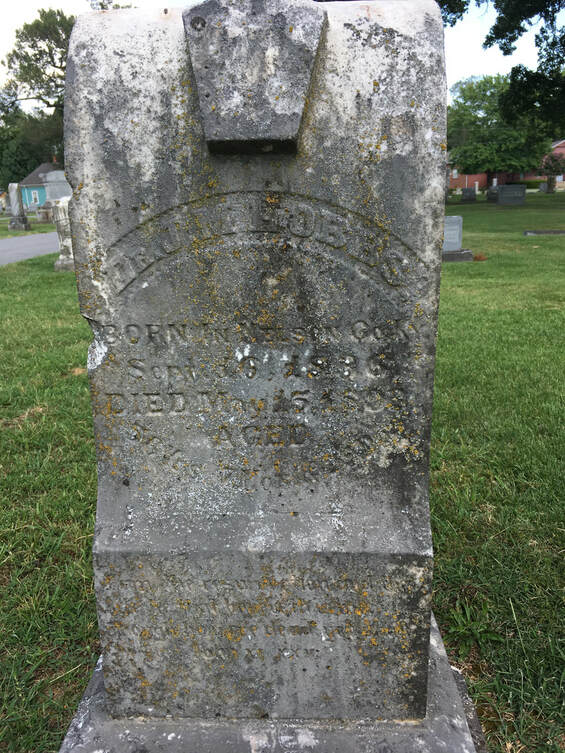