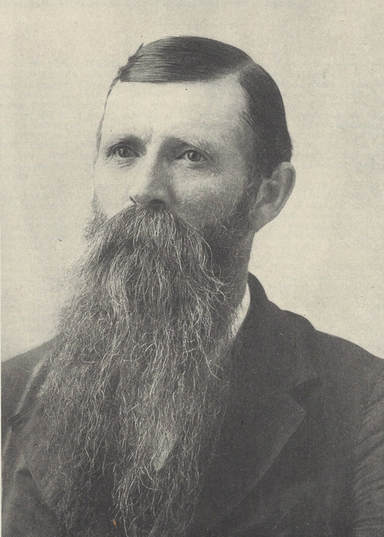 Dr. Thomas W. Hurley - Was one of Bentonville honored pioneers and medical profession a distinguished representatives. His work brought him into close relations with many households and in all he commanded the high respect to those whom he ministered. He was born in Lawrence County, Alabama, on April 30th, 1834, to Israel W. and Sarah (Bonds) Hurley. Dr. Thomas Hurley was the eldest of his family. He completed his preliminary studies when he entered into the medical department of the University of Oxford, Mississippi, graduating in 1952. In 1854 he entered the Memphis Medical College at Memphis, Tennessee, and attended for one year. In 1855 and 1856 he attended the medical department of the University of Louisiana, and in the spring of 1856 he graduated as a M.D. During his time at school in 1855 he married Miss Maria Neal who together they had nine children He them moved to Calhoun County, Arkansas, the following year he settled in Hampton where he resided until 1862.
In March of 1862 Dr. Hurley enlisted in Barnett’s Battalion as a volunteer surgeon, and was immediately appointed surgeon of the battalion. He was in the battle of Shiloh and Farmington, immediately after the battle he was appointed by the war department of the Confederate army a surgeon in the Confederate States army headquarters at Memphis. In 1863 his health failed and he returned home, but was soon was soon appointed as surgeon in the Transmississippi Department, and held this position the remainder of the war.  He surrendered at Jefferson Texas, after peace was declared, and after the war was located in Dangerfield , Texas, where in resumed his practice. After that he moved to Springfield, Missouri for a short time.
In 1868 he became a resident of Bentonville, Ark., becoming the first physician in town. In the early days before the era of good roads he would ride on horseback to visit patients, and when in the country became more thickly settled and pioneer conditions gave way to modern improvements he made use of a buggy. He was a lover of the profession from both a humanitarian and scientific standpoint and seemed too take a special interest in each separate case. He was most conscientious in the discharge of his professional duties and no appeal for medical assistance was ever made to him in vain, no matter how great a distance nor how small the prospects for pecuniary reward. He became one of the best known and best loved physicians in the county and his labors were attended with a gratifying measure of success for he carefully diagnosed his cases and thoroughly understood the scientific as well as the practical phase of the profession. He continued to practice until 1910 but was one of the oldest practitioners in Bentonville, with one exception, having been a resident here for only 20 years. His son Charles Hurley would later join him in his practice. In May 1884 he was elected president of the State Medical Society of the State of Arkansas, and is a ​member of the Benton County Medical Society, and also served as secretary. He was a Democrat in politics, and he and his wife were members of the Cumberland Presbyterian Church.
Dr. Hurley exemplified in his daily life the true spirit of Christianity and for many years he served as an elder in the church. His life was one of broad usefulness and in every relation he lived up to the high ideas which he set for himself. He was a man of high scientific attainment and his professional standing is indicated in the fact that he was honored with the presidency of the Arkansas State Medical Society. Many were his sterling qualities and many good deeds which he quietly preformed, so that memory lives a blessed benediction to all who had the honor of his closer acquaintance.

T. W. Hurley died July 15, 1917 in Bentonville. He was buried in the Bentonville Cemetery. 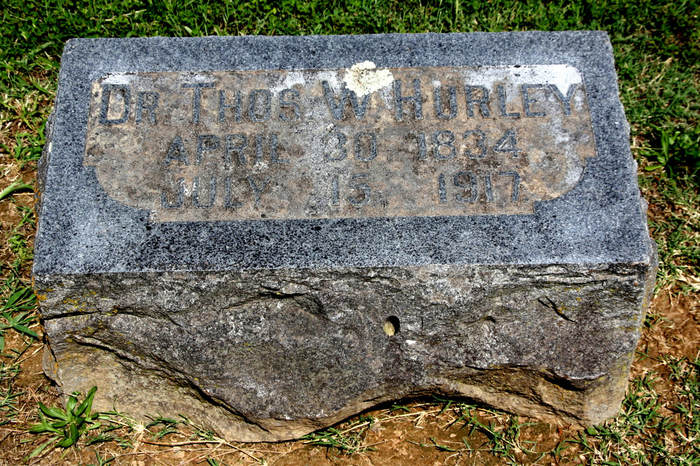