Irish Laborer is Credited With Naming Brightwater and Avoca

Irish Laborer Is Credited With Naming Brightwater And Avoca
From Rogers Daily News Now NWA Democrat Gazette
Of all the place names in Benton County, none has had a more romantic origin than the communities of Brightwater and Avoca.

Brightwater, which through the years, and even before the coming of the Frisco railroad in 1881, has been known by a number of names, but Avoca can date its beginning to the building of the railroad.

Brightwater at various times has been known as Bucksnort, Trott's Store, or Stand, and Bestwater, but the name Brightwater is the one which has stuck and probably will remain as long as the last vestige of the community stands.

It is obvious that the name Brightwater has reference to the sparkling waters of Little Sugar creek which flows westward through the village. But the origin of Avoca is less obvious, and only the legendary origins of the two community name sheds any light on its source. 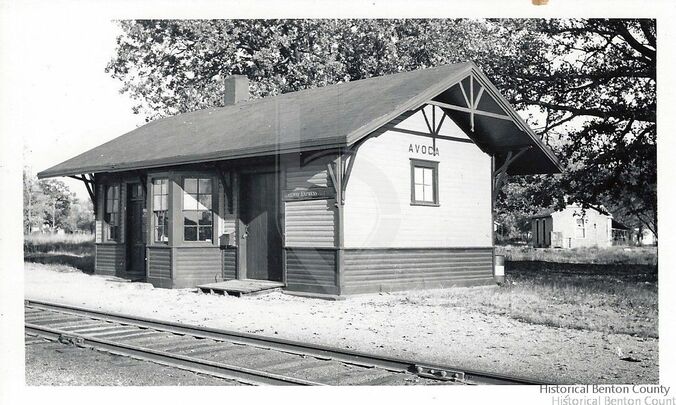 Image of the Avoca train depot
According to story, the two names were derived from the poem, "Meeting of the Waters," by Thomas Moore, the famous Irish poet who was born in 1779 and died in 1852, but it remained for another son of the "Ould Sod" to perpetuate the famous poet's memory by bestowing names upon two small Arkansas villages.

The lines from which the names were taken read as follows:

"There is not in the wide world a valley so sweet

"As the vale in whose bosoms the Bright Waters meet.

"Sweet vale of Avoca! How calm could I rest

"In thy bosom of shade, with the friends I love best."

When the Frisco built its new railroad from Monett to Fort Smith, hundreds of Irish laborers were employed in building the roadbed and laying the steel rails.

Included was one irishman, whose name has long since been forgotten, fresh from the old country and an ardent devotee of the famous Irish poet.

The construction crew was camped on the banks of Sugar creek at Brightwater for weeks while the huge earthen enbankment was built across the valley.

The sparkling waters of the creek reminded the newcomer of the brooks in his native Ireland and brought out all that was poetic in his soul. Day by day as he pushed an earth-filled wheelbarrow up the steep embankment, he recited the lines of "The Meeting of the Waters" until every one of his compatriots knew the poem by heart.

​Perhaps more in a spirit of jest, or derision, rather than from any poetic feeling, the railroad laborers began calling their camp Brightwater. The natives round-about preferred the new name to the more prosaic Troutt's Store, or Buckshot, and from that day until this, except for an interval of a few years when the postoffice was listed as Bestwater, the community has been known as Brightwater. 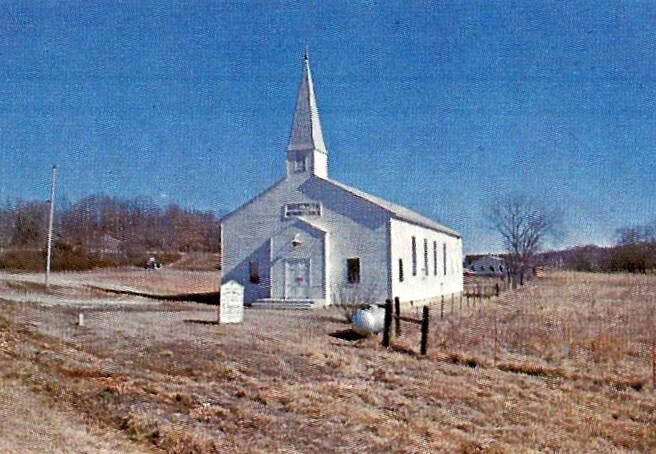 Here is an old image of the Brightwater Methodist Church before it burned a number of years ago. The community of Brightwater pretty much disappeared after a tornado cut a trail through the town in 1947 killing 21 people. The town has really never recovered from that event.
As work on the railroad progressed southward from Brightwater, the railroad company established another construction camp on the site of what is now Avoca, but no community existed there at that time. Partly for the same reason they bestowed the name from Thomas Moore's poem on their previous camp, the workmen began calling their new camp Avoca. Soon a permanent settlement sprang up at the site of the camp, and it was quite natural that the name bestowed by the construction gang should be continued.

Avoca it was then, and Avoca it is today.