​George P. Jackson - was born in Benton County on July 16, 1855, about three miles west of Bentonville. He and his brother went into the mercantile business in Bentonville, and for years served at the head of the Jackson Dry Goods Co., Bentonville's largest mercantile store.  He was one of the oldest and best known businessmen in this part of the state.

He married his wife, Virginia, on December 16, 1875. By this union they had three sons. The Jacksons owned one of the most admired historic homes in Bentonville which was located at 207 W. Central. The house is still referred to as the Jackson house.

When Henry Star held up the Peoples Bank in Bentonville in 1893, Mr. Jackson was working at the bank as an assistant cashier when the robbery occurred. As the robbers fled the bank, Mr. Jackson was used as a shield for the escaping robbers, being injured in the process.

When he retired, Mr. Jackson passed the business along to his sons. He was a director of Benton County National Bank of Bentonville, vice president of the First National Bank of Rogers, and had large interests in Corpus Christi, Texas, where he had been in the habit of spending the winters.

He passed away November 17, 1917, in St. Louis, Missouri, and is buried in the Bentonville Cemetery. 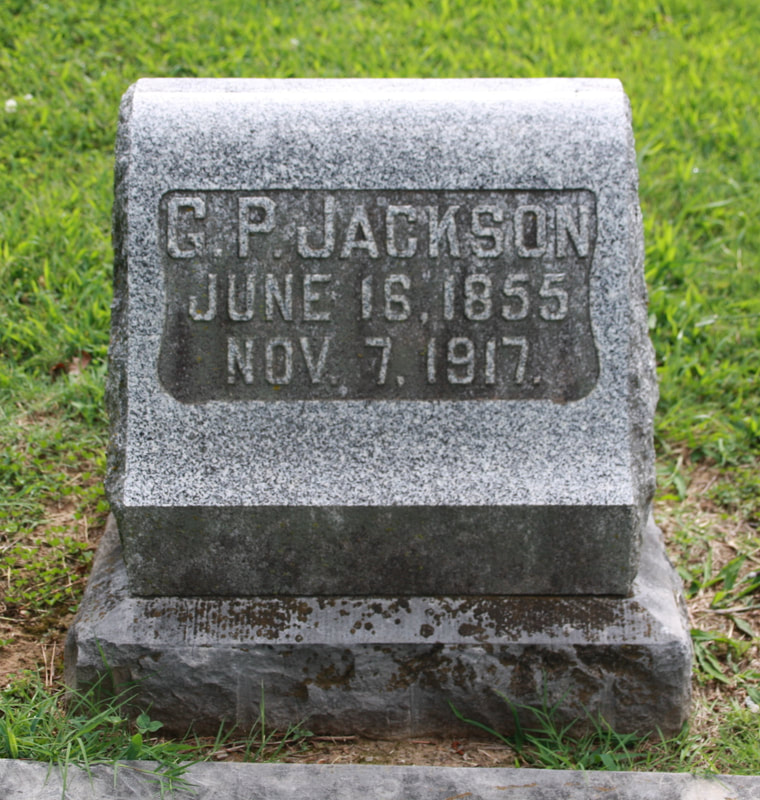