Leetown
​by J. Dickson Black
When they saved the John W. Lee home on the battle field at Leetown a hospital, the soldiers of Confederate Gen. Ben McCulloch didn't realize that a hundred years later this house would be part of a national monument to the gallant men who fought here on the cold March 7th, 1862 [At this time there are virtually no remains of Leetown.]

All of the other buildings in Leetown were burnt during the few hours of battle that took place there on March 7th 1862. The Confederate Army took over the Lee house as a field hospital, and it was used as such for several days by both armies.

John W. Lee, a first cousin to Gen. Robert E. Lee came to Arkansas in the 1840's. He and his wife Martha homesteaded a large acreage between Little Sugar Creek and Pea Ridge. The small creek that ran through the farm was named for the Lees.

Lee was a business man as well as a farmer and in a short time after his arrivial he opened a general store. Soon a small town sprung up around his store.

Leetown was one of the early towns in Benton County and was considered a leading town until that fatal day in March of 1862.

The John W. Lee house was a two story building with five or six rooms that stood on the north side of the town. His store stood a short ways from the house.

By the beginning of the Civil War Leetown had two stores, one blacksmith shop, a tannery on the creek, a church and a school.

In 1857 the Lee family sold half an acre of land to the Pea Ridge Masonic Lodge No. 119. They built a large hall for that day. This was one of the eary lodges in the county.

Until the famed Civil War battle there, Leetown was a typical slow going southern town. Mrs. Lee, Martha to all her friends, visited with everyone in town. The big place for a visit was at the spring where the town people came for water. On a pretty day the women all gathered there to do their washings and visit.

Lee raised a large family in their big house. But by the time of the battle they were all either married or in the army and away from home.

Most of the inhabitants of Leestown left several days before the battle there. But John and Martha sayed on to look after their store and home.

It was about 10:30 on the morning of March 7th when Generals McCulloch and Pike arrived near Leetown and the Union Army attacked them soon after that.

​Before the battle started Martha Lee brought her horse, a magnificent black animal, into the kitchen of her home. She could not think of letting this horse get hurt in the battle if she could help it. 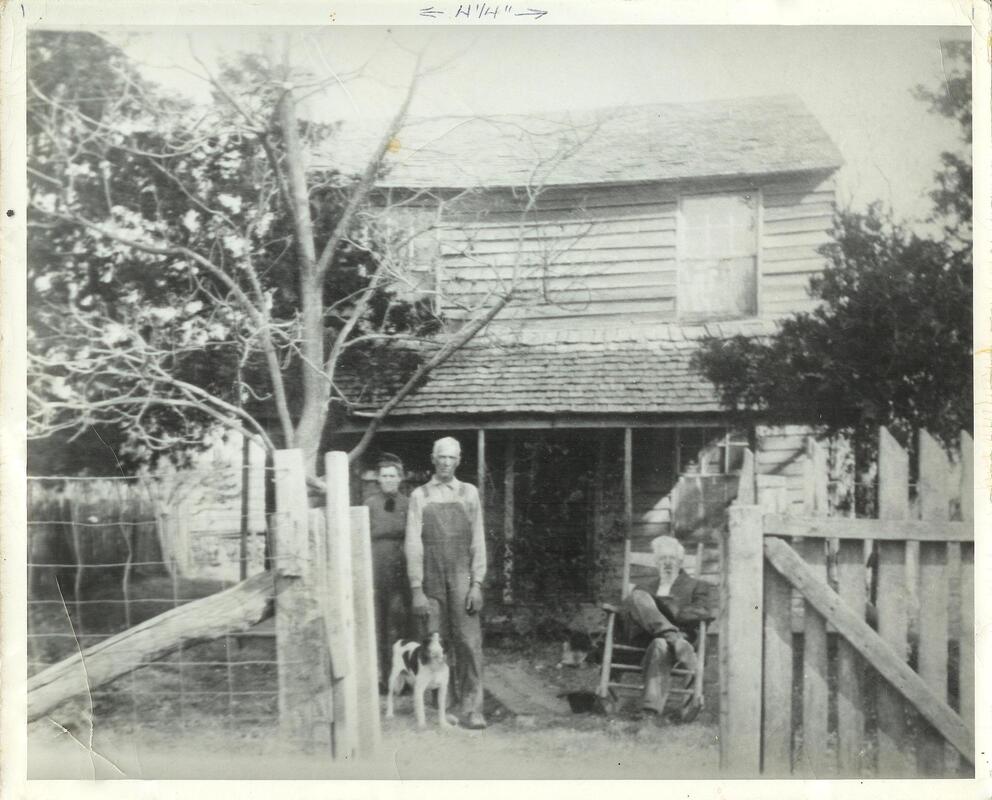 The Lee home at Leetown - This picture was made some years after the Civil War when the Mayfields owned it. In the picture are Mrs. Mayfield, W. P. Mayfield and John Woodard, her father. This building was used as a hospital during the battle of Pea Ridge.
​
During the battle, fire was set to all of the buildings in Leetown. The Confederate Army picked the Lee house as a hospital because it sat at an edge of the battlefield.

There is no record as to how many men were cared for in here or how long the building was used. The Lees lived in the kitchen with the horse until a few days after the battle.

Leetown was never rebuilt after the war. When the residents came back to see their homes they found none left, so they drifted on to other farms in the area.

​John W. Lee sold his farm to the Mayfield family a few years after the war was over. For years now the place has been known as the Mayfield house. Pierce Mayfield and his wife deeded the land to the government two years ago as a part of the National Battlefield park being made on the Pea Ridge Battlefield.

Many years after the Mayfield family bought the house some member [of the family] rebuilt it into a one story house. A few other changes were made at that time. But the chimney and main part of the house is the same today as when John Lee built it.

This house will be preserved as a main interest on the battlefield. Within sight of it Confederate Gen. Ben McCulloch and Gen. James McIntosh were both killed in battle.

The largest number of Indian troops to fight in a Civil War battle was here under General Pike. They too had to pass within sight of the Lee house.

This house that has seen so much in the past will now start on a new life. Each year thousands of people will come from all over the country to see it, and recall the great battle of Leetown that took place here on March 7 1862.