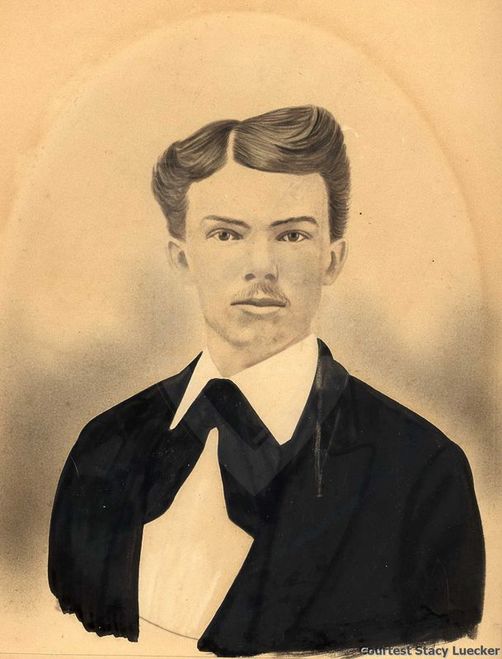 Edgar Hayden Looney – was postmaster in Bentonville, as well as a druggist. He was a native of Hart County, Georgia, born in 1856, and the son of Morgan and Emma M. (Black) Looney.

His father was born in Georgia, was of English-Irish lineage, and a teacher and attorney by profession. He was educated at the State University of Georgia, at Athens, and graduated from the same. For over forty years he devoted his time and attention to teaching. He was instrumental in securing the location of the State University of Arkansas at Fayetteville and was offered a position as teacher. From 1872 to 1875, he was principal of the Bentonville High School, having 400 pupils in attendance. He then resided at Bowman, Elbert Co., Georgia, where he was engaged in teaching, being principal of the high school. He was also an attorney by profession, was a man of eminent ability, was a first–class criminal lawyer, and one of the leading educators in the south. His wife, Emma M. (Black) Looney was born in Georgia, and died in 1871. She was the mother of four children.

In 1875 Edgar located in Bentonville and in March of the same year married Miss Cora Taliaferro, a native of Bentonville, Arkansas, and the daughter of C. D. Taliferro. They were the parents of four children. Upon arrival in Bentonville,  Mr. Looney was engaged in a dry goods business with W. H. Cloe, and sold out three years later, but soon resumed the same line of business. In 1883 Mr. Looney purchased his partner's share, and after that conducted the business alone. He was a young man of good business capacity and a first-class citizen. In 1877 he was appointed postmaster at Bentonville, Arkansas, and served three and a half years. In March of 1885 he was re-appointed to the same position. He was treasurer of the city of Bentonville for two terms, was a life-long Democrat in politics, was a member of the K. of P. and K. of H., and he and his wife were members of the Presbyterian Church. He later left Bentonville and moved to the Joplin area. He passed away on July 6, 1905.