Monte Ne Goldolier Remember The Past

Monte Ne Gondolier Remembers The Past
by Debbie Waring
Article from the Rogers Daily News April 12, 1972
The passing of time and the ever increasing march of "progress" do much to alter once familiar places where many hours of one's youth were spent giving birth to unforgettable memories.

As he stands gazing across the water on the shores of Beaver Lake in Monte Ne reminiscing of days past, Vern Ingersall recalls a time during his youth when a country stream flowed through the valley at Monte Ne and formed a small lake.

But that was years past and the waters of Beaver Lake now enclose the once familiar scene. It was on the lake in the small resort community of Monte Ne developed by William (Hope) Coin Harvey that Ingersall became the first gondolier in the United States.

The story of Harvey's Venetian gondola is a famous one - old, but still widely known through the area. Harvey had purchased the town of Silver Springs in the late 1890s and had changed its name to Monte Ne, which is said was Spanish for mountains of water.

He began the development of a resort town in Monte Ne at the turn of the century and was unrelenting in his efforts to make the community a popular excursion resort. Special trains were run from Springfield, Joplin and Fort Smith with varying success.

​"I can go back to 1907 or 1908 and remember when that train was there," Ingersall recollected. "There was one time when it had 11 coaches, but ordinarily along towards the later years, two coaches were the most I ever saw on the train."

Ingersall was born near the White River and moved to Monte Ne with his parents in 1902, just two years after Harvey had begun the development of Monte Ne. Ingersall was 11 at the time and began doing odd jobs for Harvey.

As he grew older, Ingersall continued to work for Harvey performing general caretaking and maintenance duties as well as acting as Harvey's chauffeur when needed.

In developing Monte Ne, Harvey utilized every available resource in creating an enchanting atmosphere and environment for his patrons. One of the highlights of his many endeavors was the introduction of the first imported gondola from Venice, Italy. The gondola no doubt played an important role played an important role in the romanticizing of the small resort town. Its primary purpose was was to meet the train at the depot on one side of the lake and transfer the passengers across to the other side where the hotels were located. 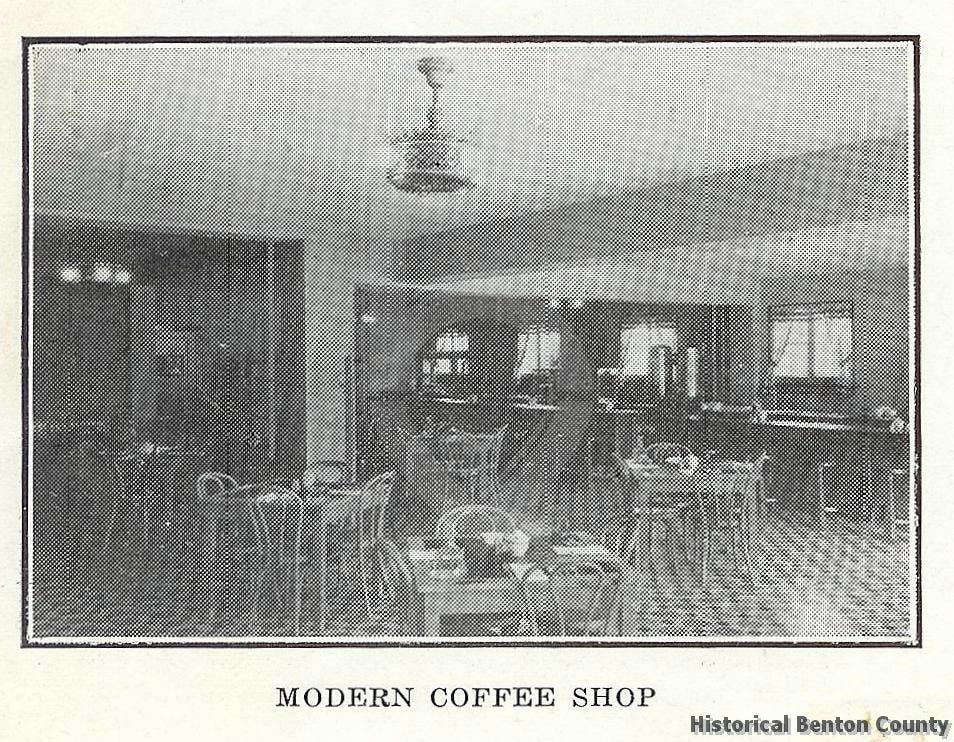 Gondola on the Lagoon at Monte Ne
When the time came for the addition of the Venetian gondola, Ingersall was chosen to be America's first gondolier.

The arrival of the gondola was one not to be forgotten, and  Ingersall had no difficulty recalling the event. "It was an exciting day in Monte Ne when the strange thing arrived. Harvey had ordered it from Venice, Italy, and it was brought over by two Italians. "

One of the men, Danny Meretti, instructed Ingersall on the techniques of plying the long and narrow boat. The venture was difficult at first when one was accustomed to rowing canoes, flat-bottom boats and skiffs. The gondola was much larger than the usual boat found in Arkansas -- about 50 feet long and five feet wide with a high curving prow and stern. The oar-lock was mounted on the boat and the gondolier took his position at the stern to maneuver the 10-foot long oar.

Upon the successful completion of his training, Meretti complimented Ingersall on his rapid mastery of the foreign craft. "Now you are the first gondolier in the United States!" he announced proudly.

With that statement, young Ingersall was launched on his career as the official gondolier of Monte Ne. "The guests would pay for the ride to and from the train, and I always took their baggage up to them after they got up to the office and checked in," he recalled.

Boating was not included in the overall price of a guest's visit and they would pay extra for gondola rides in the evening. An average ride would cost 10 cents per person. "You know, times were pretty tough then and a dime was almost like a dollar now," Ingersoll remarked.

Ingersoll was not certain as to how and why Harvey chose to come to the Monte Ne area, but he did recall that a significant portion of Harvey's monetary resources came from came from the publication of much of his writing. Harvey was credited with having made at least a million dollars from the sale of his free silver campaign book, "Coin's Financial School." According to Ingersall. Harvey spent a good deal of his time exercising his writing talents.

" I never will forget that everytime he wrote a book, he would show me a sample and tell me to read it. I never did, because I knew he would never know. I remember the last one he wrote -- he came down with it and walked up while I was sitting in the gondola when I didn't happen to have any passengers. He said, 'here's the latest book out that I wrote. Here, take it and read it damn ya -- I know you won't.' That's exactly what he said," the gondolier declared. "I never cared about the books; I knew him personally -- why should I want to read his book?" 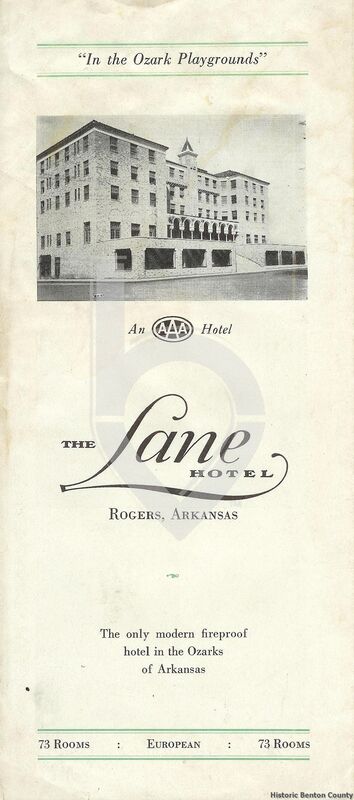 This old postcard shows the old Venetian gondola with Mr. Ingersall piloting it.
It is difficult to say just when Harvey began talking and planning for the pyramid  that was to preserve all of the achievements of civilization up to the present. Had he started it back in his younger days, he might have lived to complete it. Gradually, however, the town died, the trains no longer ran and visitors had all gone elsewhere.

If the use of the automobile had been general in those days and had our present highways existed, the history of Monte Ne might have been quite different. But the roads to Rogers were rough, and in rainy weather Monte Ne was thoroughly isolated. As a resort promoter, Harvey was born 30 years too soon.

Ingersoll returned to Rogers four years ago from Idaho where he had spent the last 36 years working in a grocery business. Since coming back to Rogers, he has visited Monte Ne on several occasions only to find things much changed.

Gone is the broad valley through which the White River once flowed, the small lake on which a young man once piloted an  enchanting gondola, and gone were the Eden-like structures characterizing Harvey's resort town. All that is now left are the fragments of an amphitheater once a part of the sculptured valley.

All else now lays covered beneath the waters of Beaver Lake - even the Venetian gondola which was deliberately sunk as a means of preserving it from warping.

Sitting on the ruins of the amphitheater on the shores of Beaver Lake in Monte Ne, the gondolier tries to visualize the land he once knew so well. "It doesn't look like Monte Ne - it just looks like a lake of water now. It's not the same and practically everybody I knew in Monte Ne is gone. Everything is different. " 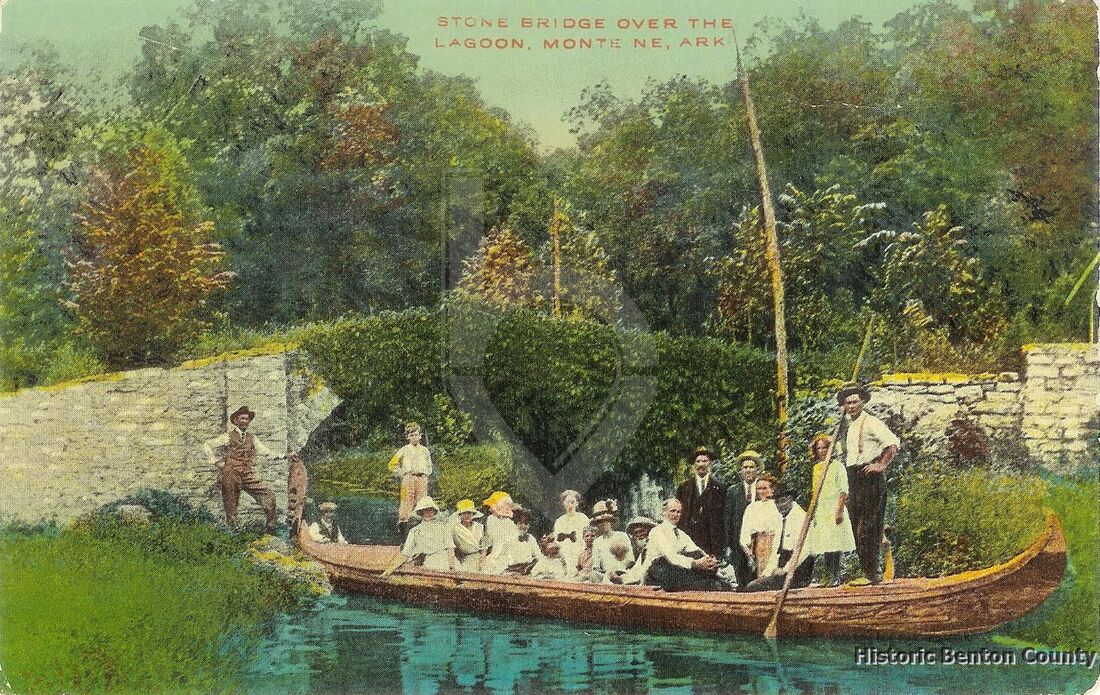 Gondola by the stone bridge over the lagoon at Monte Ne.