Arkansas' Political Convention Attended By Unusual Group; Coin Harvey's Presidencial Campaign A Failure
By J. Dickson Black
Ardrea Nordskog, publisher of a reform paper in Los Angeles, Calif., was one of the key figures in Arkansas' most unusual political meeting. That was the presidential convention of the Liberty party held at Monte Ne in the summer of 1931.

William Hope "Coin" Harvey had been working toward the formation of a new political party for several years. He called it a "political crusade," a party to save the country and the world from the rich men.

It was expected that 10,000 delegates from the 48 states would attend the convention. All the hotel space was held for it and Harvey rented tents and army cots from the State Guard.

An advance group of delegates of 150 men met in Coin Harvey's office at Monte Ne Monday August 23, 1931. They outlined the major plank for the platform

At 10 a.m., Tuesday Harvey called the first meeting together. Mrs. Eugene Blandford of Rogers led the group in singing the Star Spangled Banner. The invocation was by the Rev. Oscar Ingold of the First Christian Church in Rogers. 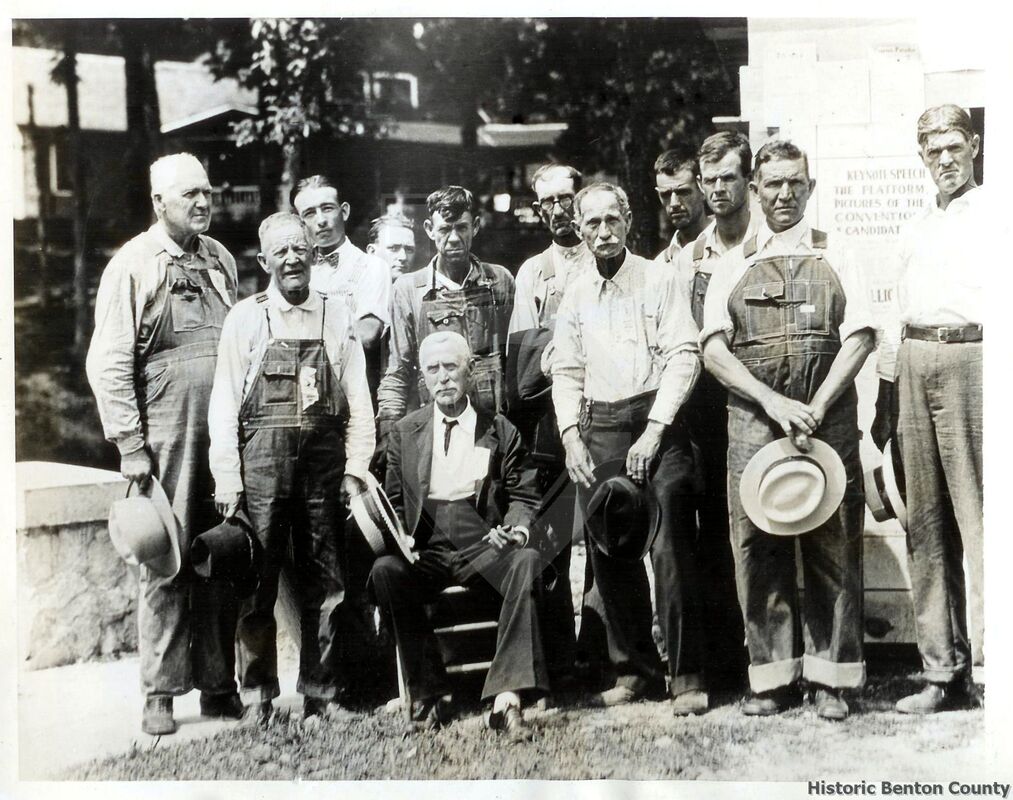 New political party started to save civilization.
Homer Earl of Lincoln, Neb., introduced Harvey "as our great leader and savior of mankind." Harvey gave the keynote address, speaking for free silver and money ideas he had worked on for a half century.

He was received with wild cheers as were other speakers. But the crowds must have been a big disappointment. Fewer than 400 delegates attended, and in all there were only about 600 to 700 people there.

Harvey's grandson, Dick Holliday, covered the convention for the United Press Association. Even though he seemed a young man for the job, he became a key man of the convention, and helped his grandfather in many ways.

Dr. John R, Brinkley of Milford, Kan., of goat rejuvenation fame, was one of the men who worked for the presidential nomination. Another was "Alfalfa Bill" Murray of Oklahoma.

Wednesday morning Andrea Nordskog swept the delegates off their feet with an impressive plea for harmony in the ranks of the new party. He pledged full support whether he was honored with a place on the ticket, or not. 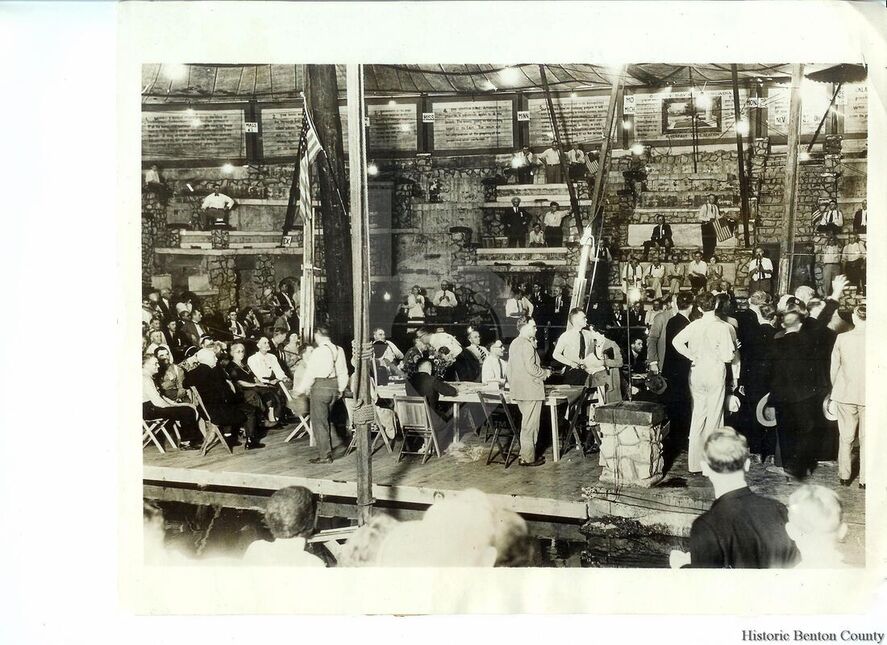 ​The strangest of political conventions convened in the shadow of William H. (Coin) Harvey's "Pyramid of Posterity" Monte Ne, Ark., a last gesture of the famous free silver advocate to save civilization. Hundreds  of men and women came to the small Ozark village to join the 80-year-old political warrior in forming the Liberty Party and nominated him as their candidate for President of the United States.
​
After dinner W. H. "Coin" Harvey, 82, was chosen presidential candidate by acclamation, Nordskog was nominated vice president over Earl. There were 390 votes cast, representing 28 states.

The nomination and voting was accomplished amid confusion. Jeers, catcalls, cries of steam rolling tactics were heard. The crowd and delegates included a sprinkling of Reformers, Socialists, Populists, and disgruntled Democrats and Republicans. Many of them sold books and handed out pamphlets concerning their beliefs. 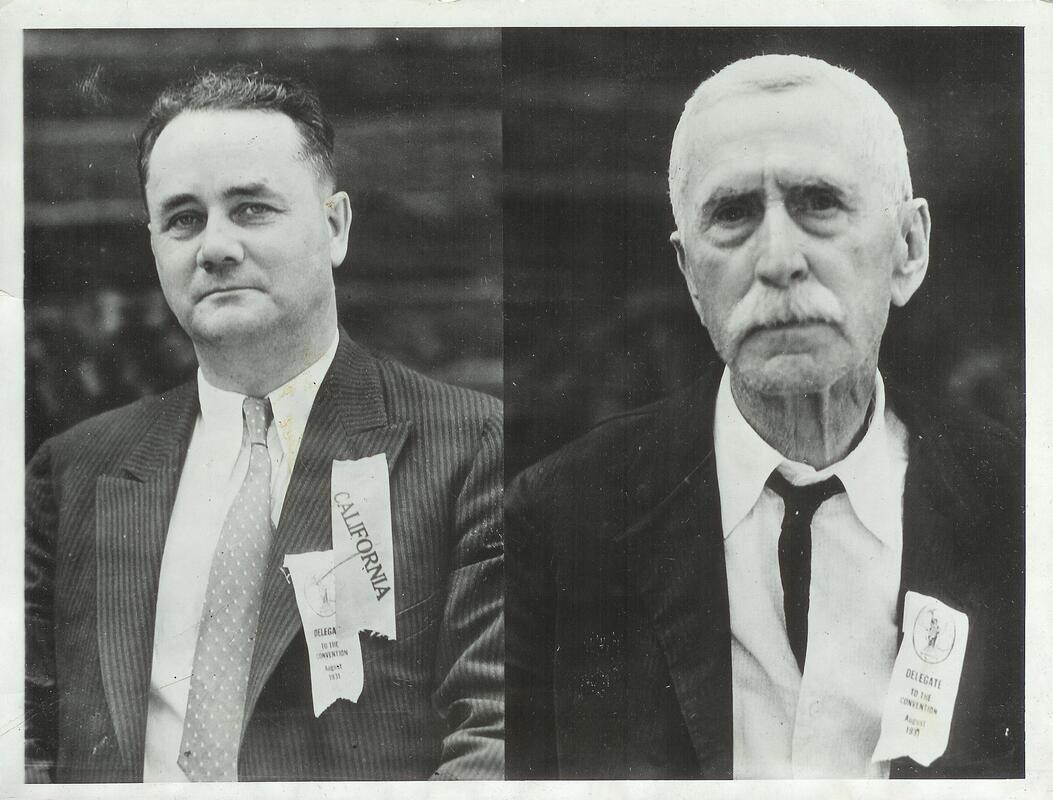 On November 2, 1932, Harvey said, "I don't expect to win, but I do expect to advance my party to the position that in case the race between Governor Roosevelt and President Hoover is close, my party will have the controlling votes of the Electoral College, I'll run third."

He closed the Liberty party campaign with a speech at Rogers on Monday, November 7. "I will carry Arkansas, Washington, Idaho, and Indiana," he said. "By the next four years our crusade will sweep the U.S."

When the votes were counted, Harvey had only 21.220 votes. This put the Liberty Party in fifth place. Only 100 votes were won in Arkansas. Most of his votes came from the Western states.