Old sheriff only drew weapon once

Old sheriff only drew weapon once
By Dean Cheatham - Northwest Arkansas Morning News  May 25, 1986 [now NWA Democrat Gazette]
At 71 [in 1986], John Black is the oldest surviving elected sheriff in Benton County, and he admits that his attitude about law enforcement is different from most.

"In 27 years of police work I pulled my gun one time," Black says, "I only handcuffed one or two prisoners in my life."

He said that in his days as sheriff, nine times out of ten a few well-chosen words to a young lawbreaker would suffice to put him on the right path.

Admitting that today's criminals may be different, he still contends that the tendency to handcuff and search suspects is "worse than whipping a dog."

Black has lived in the county since 1920. His father, a disabled railroad worker, moved the family from Muskogee, Okla., to John's grandmother's farm at Tuck's Chapel.

"We went barefooted and tried to make a living," Black remembers.

The family moved to a farm along Sugar Creek, and sharecropped from 1922 to 1932.

"When we lived on Sugar Creek and needed extra money, we cut wood and brought it to Bentonville," They would bring two teams hauling wood to the Bentonville Square, where Black's uncle had a harness shop. The wood brought 75 cents to $1.25 per rick.

In 1934 Black was a member of the Pea Ridge Blackhawk basketball team that went to the state championships. The team lost when several members came down with the measles. 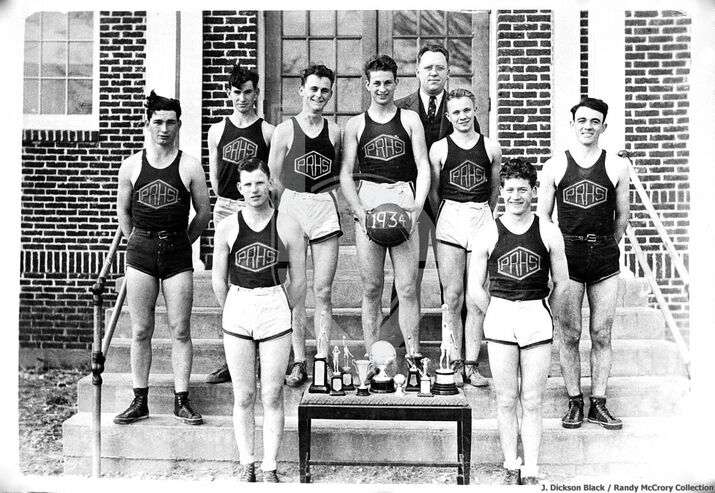 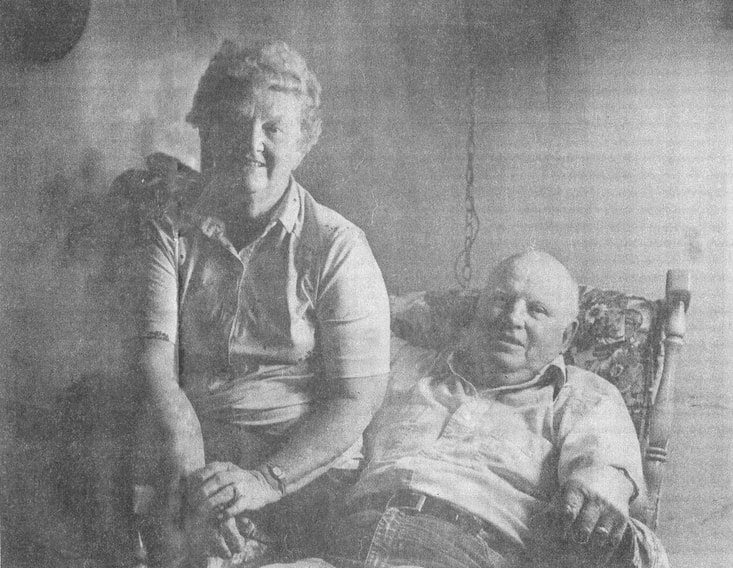 Maxine and John Black used to sell dime a dozen eggs for movie money.
​
Black and his wife, Maxine, were married in 1937, and raised chickens. Two years later they got electricity.

​"Five-hundred-chicken capacity was a lot of chickens and we made some money," he says. They also sold eggs for a dime a dozen to make money to go the movies.

"People lived within their means then," Black said , "And you didn't have to go out and exercise - you worked.

"Since 1947 we've really seen Benton County grow, and since 1960 it's been leaps and bounds. I think it's grown too fast for its own good."

In 1944 Black was drafted into the Army, and in 1947 was hired as chief deputy at the Benton County Sheriff's Office.

He was elected sheriff in 1950 - about the time the first blacktop road was completed between Pea Ridge and Bentonville.

Those first two years Black received $5,000 per year for the work, and was allowed another 75 cents per day to feed each prisoner.

Those were the years when the sheriff's entire budget was $18,000 per year. He drove his own car until he convinced the Quorum Court to approve a county car several years later.

A photo taken in 1952 shows Black with all the other law enforcement officers in Benton County lined up in front of the old Benton County Jail in Bentonville. There were 14 of them, with seven vehicles. 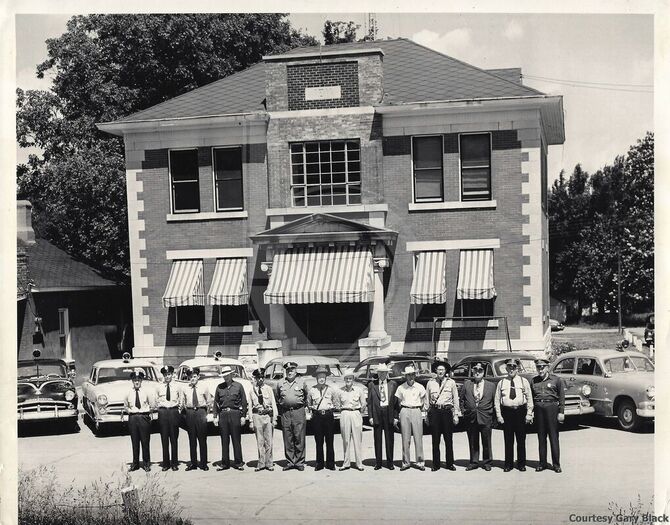