On The Life And Character of Peter Van Winkle

A little about Peter Van Winkle, he was a pioneer lumerman and lumber dealer in Northwest Arkansas. He was know at the time to be the wealthest man in this section of the county, at the time of his death.  He also ran a hotel in Fayetteville called the Van Winkle Hotel.
One The Life and Character of Peter Van Winkle
Article from "The New Bentonian - Feb 22, 1882
It is impossible, in the short space which can be devoted to it in a newspaper article, to do justice to the memory of a man who impressed himself upon Northwest Arkansas and upon the time as did the subject of the present sketch. We essay simply to give utterance, in common with our brethren of the press in all sections, to that estimateof his life -labor which the people had unconsciously place upon him, and to record a few of the more prominent facts that enable us to preserve in our mind somthing like an outline of marked individuality which is now "depart from the walks of man."

Truly a pioneer character -- a man of heroic mould, self taught, self trained, self-dependant, and strong in all that makes manliness patent to one's fellows, and yet without any real conciousness of it that led him to abuse it; but with that modesty which toned down what otherwise might have grown into sharp aggression, or a discased egoism which bring others to feel that there is nothing left for them to admire since the self-admiration which they see is evidently all-sufficient and satisfactory.

Peter Van Winle was born Feb. 25th, 1814, in the city of New York. During his boyhood his father removed to Illinois. He grew to manhood there, engaged in the hard toil incident to a new country, and with only meagre opportunities for education afforded in a crude state of society.

In his 25th year, 1839, he came to Washington county, this state where he spent eleven years. In 1850, he removed to Benton county, where he has since resided.

The information furnished us does not enable us to trace him in the inception and progress of various business enterprises. In early manhood, he was noted for untiring industry, perseverance, and thoroughness of execution-- "intent upon honest work," as the great Briton has "which he meant to get done;'and for silently scheme whhich he set about carring out, from time to time,, and pressed them to successful issue. Thus, his scope of operation was constantly enlarged till the day of his death, and always with results that encreasd his business and unhanced his usefulness.Having once committed himself to this seeking of "new fields to conquer," his toil of both mind and body were almost unremitting -- so much so, a freind remarks, that "he had no time to be sick, but simply pressed on till he fell to rise no more." 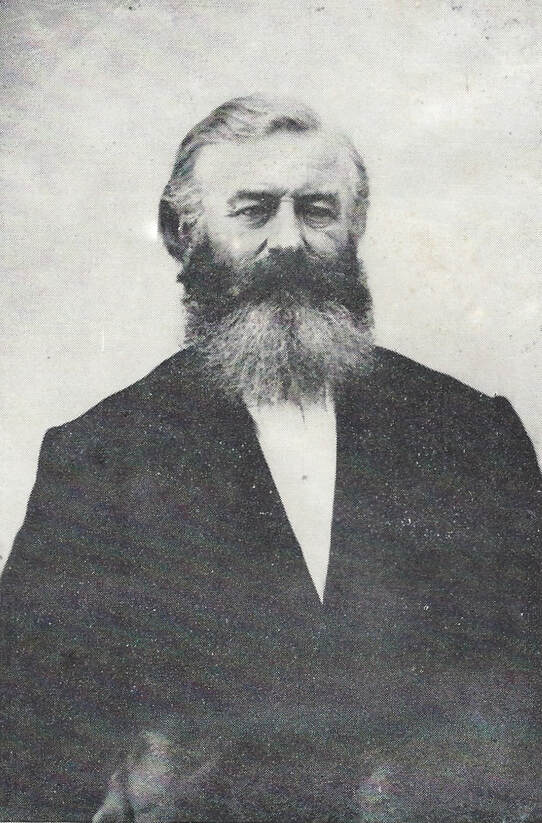 Photo image of Peter Van Winkle
It has been remarked by more than one who has written concerning him that his business enterprises were of such a nature as in everyinstance to benefit whole communities, and steadily to advance the interests of three or four counties to which they were cheifly confined. The Hon. A. M. Rodgers, said to us a day or two after his death: "He was a public benefactor; a real friend to the poor -- To all to whom the giving of remunerative employmentis a favor and a blessing. He set on foot enterprises that gave work to many men, and paid them for it. He conceived schemes that not only brought him money but help to develope the resoures of the northwest, and make prosperity possible for many. He was truly a public benefactor."

In the absence of the details necessary to enable one to present his achievements and acquisitions fairly before the readers, we may enumer-some of his traits, to which all who have spoken to written bear ready and uniform testimony:

He was a generous supporter of every measure having for its aim the welfare of the public with which he was identified; in the presence of actual need, he was liberal almost prodigality; "a princely host, to whose bounteous board and sheltering roof no worthy friend or stanger was ever denied admittance and welcome," a firm and constant friend;; a grand old gentleman of the larger mould, who did not need the commoner aids of gilding and ceremony to insure his recognition as such; a devoted husband and father - never else happy as when he could have them all together, wife, cildern, grand-childern, under the paternal roof; in short, endowed with genius for comprehensive planning and orderly ececution, and with a large humility that gave his life the warmth and blow of heart as well as the light of intellect.

The circumstances of his death have been so often mentioned in different journals of this section that it is unnecessary to dwell upon them. He had left for the train station Fri, 10th inst., excpecting to take the cars at Rogers for Fayetteville. While waiting for the train there, he was walking with his wife and son towards the residence of Mr. Kimmins, when he suddenly fell, and almost suddenly died. He was buried in Evergreen Cemetery at Fayetteville, on Saturday afternoon. 12th inst.,-- the Masons of that place, and others who had gone thithe, participating. He had long held a useful and honored membership in Bentonville Lodge, No. 56; but his burial having taken place near his former home instead of Benton county, his brethren here did not join in the ceremonies as a body, as they would otherwise have done.

No other man, confining himself simply to the business walks of life, and seeking no distinction , was wielded so wide an influnce for the material advancement of the northwest. The moral aspects of the case are to be looked for in the effect which such a life --strong, well-spent, thoroughly honorable and pure, helpful, unostentatious, and successful --must have upon ambitious young men, who have to make head against adverse circumstances and are ready to profit by a noble example.