Prohibition and Moonshine in Benton County

The question of whether Benton County should be able to sell liquor has been going on for has been going on the better part of 200 years. While Arkansas was still a territory, a grand jury was impaneled to try to invoke an outdated law that would prevent the production and sale of alcohol, but the law was never enforced.  During these early times prior to the Civil War, laws weren't abided by and corruption ran wild in the state.

People in Arkansas had growing concerns around the alcohol-related unrest that seemed to happen around drinking establishments of that day.  Even as early as 1831, a temperance society was formed was formed in Little Rock. The original movement advocated against whiskey and hard liquor while quietly approving consumption of wine and beer.  In 1850, the Arkansas General Assembly moved to ban the production and sale of alcohol, but this law did little to stop the production and consumption of alcohol. In 1855, the state enabled counties and cities to decide on their own prohibition. This early movement had strong support from women, African-Americans, and local churches. 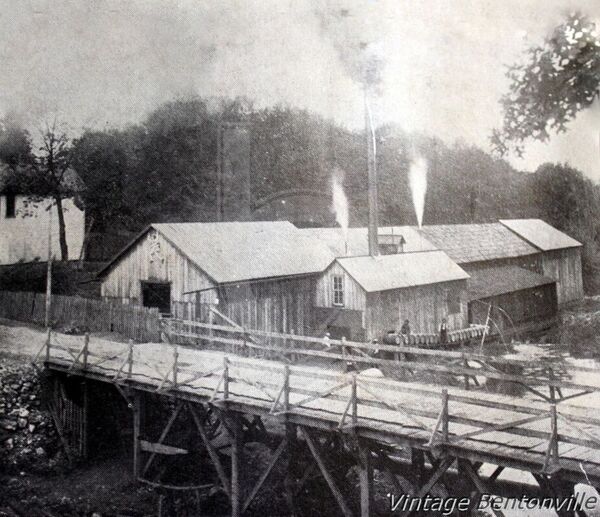 ​This is an image of the Mason & Carson Distillery in Bentonville, the largest apple brandy distillery west of the Mississippi. 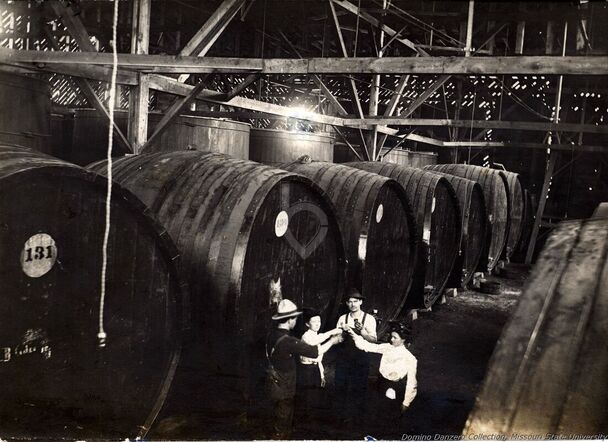 By 1914, only nine counties in the state could still sell alcohol. In 1915, the General Assembly of the state of  Arkansas passed a law banning the sale of alcohol in the state. The national prohibition was put into place in the 1920. Although the law in theory stopped the making of alcohol, the law didn't stop the consumption of alcohol. 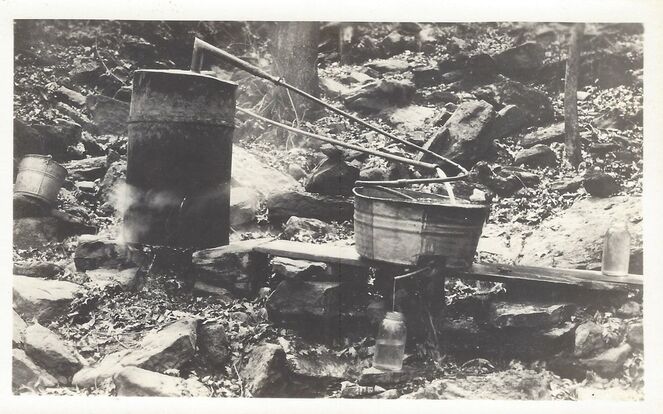 This is one of the moonshine stills that would be found in the area at that time.
​In the 1920s, the moonshine business  grew as a backwoods industry. Moonshiners would set up their stills in forests, caves, or by springs. They could take some basic ingredients (often corn, sugar, and yeast) and turn it into corn whiskey that would sell for 20 to 50 times the cost of the ingredients. During this time came  "speakeasies" or "blind tigers" popped up. These were places you could drop money in a door and, in a few minutes, the money was gone and a mason jar of moonshine was found in its place. Moonshiners were always on the lookout for the lawmen who would arrest them and destroy their stills.

This became a time of what many regarded to be lawlessness and moral decay in our country. A common belief was that morality couldn't be legislated by the government but needed to be taught in the home. Whatever the case, by the early 1930s, there arose a movement to repeal the prohibition laws. 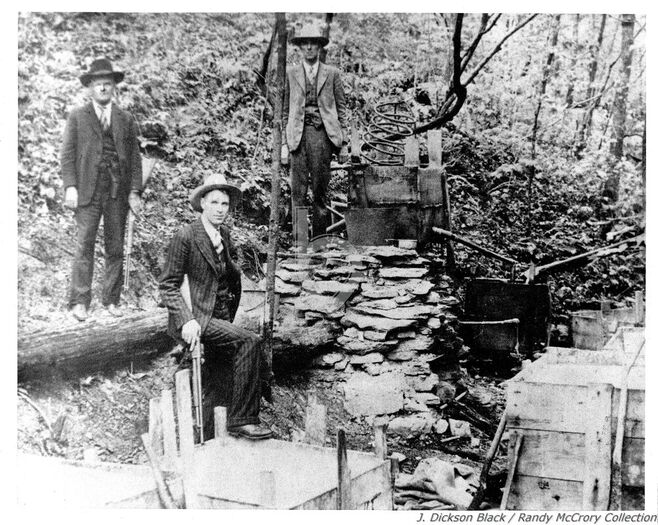 This whiskey still was found north of Bentonville near the Missouri and Arkansas line in the 1920s.
In the photo from left to right are: Special Agent Willie Graham; Sheriff Joe Gailey; Chief Deputy Edgar Fields.
At that time many stills were found every year in the county.
​
In 1932, Joseph T. Robinson was re-elected as the senator of Arkansas. Mr. Robinson was never a supporter of prohibition, but the country's mood by this time had softened on the subject. Mr. Robinson helped to draft legislation that repealed the Eighteenth Amendment to allow the sale of alcohol again. That made the whole country wet again in theory, but Arkansas still allowed counties to decide whether to be dry or a wet. In the 1933 vote, Benton County decided to stay dry.

In late 1944, the vote to stay a dry county was close, with only a 90 vote difference. People who supported liquor sales said this election wasn't fair because of so many service members who had not yet returned home, so a second election was held a month later. This time John Brown of John Brown University jumped in to support keeping the county dry. He said, "...if the manufacturer, and the seller, and the buyer of liquor go to hell, so much the voter who supports the wets. A vote for the wets is a sure and certain ticket to hell." In this special election, the county stayed dry by a 2 to 1 vote.

Benton County stayed dry until a 2003 vote which allowed alcohol to be served in clubs. In 2012, the country voted to go wet, due largely to the influx of people who have moved here from others states.