Army Engineers Testing Footing for Construction of Beaver Dam  (1961)
By J. Dickson Black
Have you ever tested the ground before you put your foot down? How long did it take you? Not as long as a footing testing for the Beaver Dam on the banks of the White River.

The Army Engineers have been testing, drilling holes, and taking core samples for the past 18 months, just to find the best place to put a foot down.

Beaver Dam will be the third in the interlocking White River series. It will hold a lake of 30,000 acres of water. The other two dams are Bull Shoals in Arkansas  and Table Rock in Mo. 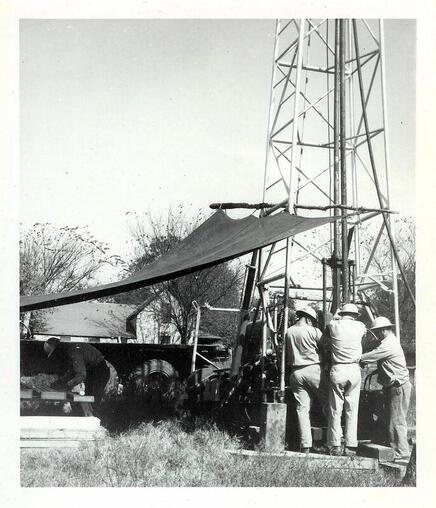 A crew of 15 men of the Army engineers have begun cutting 36 inch holes down through the earth and rock that are to be the bed of Beaver Lake. The purpose of this calyx coring is to "learn what's underneath"  to discover faults and cavities or soft areas that would permit water seepage under heavy pressure. The fact that these holes have been started indicates that the exact site of the dam is now determined.
​
The dam will be almost the same size as Table Rock Dam at Branson, Mo., and will take about the same time to build. It took three and a half years for the construction and one and a half more to install the power and other installations for Table Rock.

It is said that the road work and the office and work buildings will be started this spring, but there has been no date set for the beginning of the dam itself. 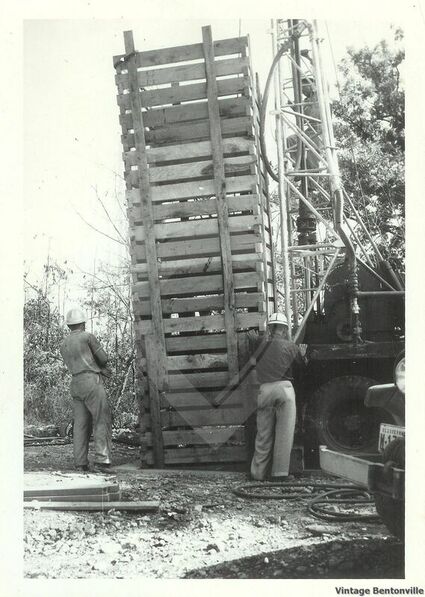 This is one of the processes used in testing the footing for Beaver Dam. The wooden cage is used to keep the sides of the 20-foot hole from falling while men are inside working.
Testing for a footing for a structure like Beaver Dam takes a long time. The tests date back to the 1930's when engineers first started making plans for the dams on White River. At this time they made aerial pictures of the river and picked the best three or four spots from this. Then they had to go test the ground and go over it to find the best location.

The last 18 months engineers have been drilling and taking core tests to find the most ideal footing. The first tests were just three inch holes about 80 to 85 feet deep. They they put down three, three-foot holes 85 feet deep.

This calyx coring is taken out of the hole in five foot lengths. These are layed out, end to end, like a fallen column of an old temple. 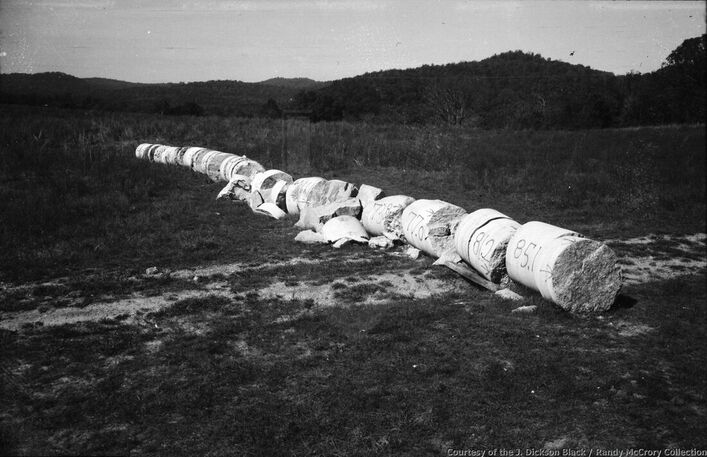 Here is shown the core from one of the 3 foot holes. After being removed from the ground each section is read by a geologist. The geologist would then descend into the hole in a small cage to log various formations and faults.
Gene Palmer, the project geologist in charge of the field explorations, has to check each section as it comes out, then go down in the hole and test the wall from top to bottom and back up.

Samples are also taken of the ground from the time the hole is started till they hit rock, these are tested by soil specialists in the field as well as in the laboratories. 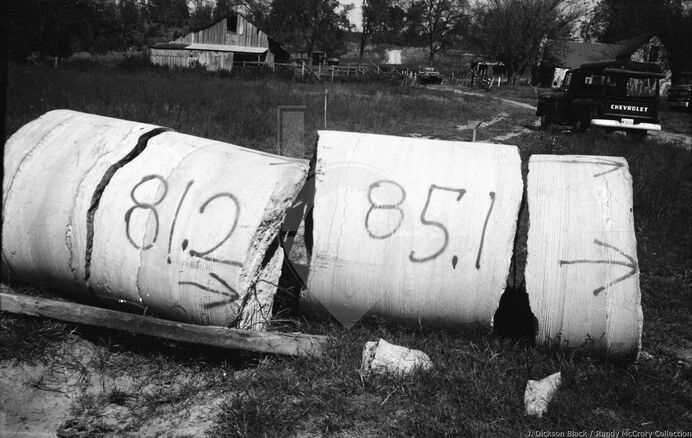 Here are core samples taken from a depth of 81 feet to 85 feet
There are two motives in the making of these tests, one is to find the best footing for the dam and the other is to give all findings to the construction companies so they will know how much work will go into the building the dam.

​This has to be a good footing. Think of the pressure against this mile long dam that will be 240 feet high. 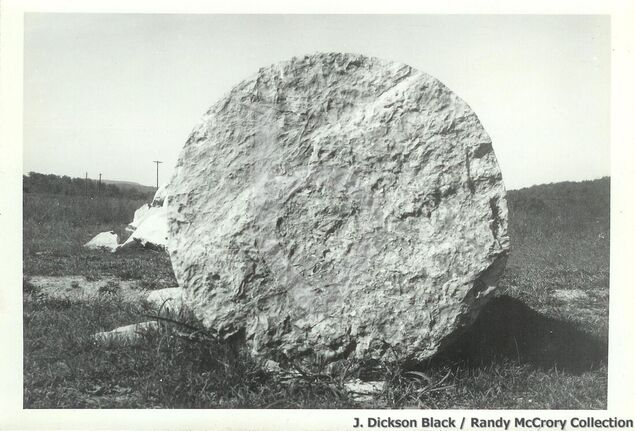 Looking at one end of a core sample