Round the Square / Farmers Market

In May of 1977, Bentonville was to have its first "Round the Square" event. It was the brainchild of J. Dickson Black who chaired a hard-working committee of people to set up the event. The day was full of activities ranging from the Bentonville junior and senior high drill teams to a May Pole dance to vendors. Hundreds of people packed the square that day. The 150 chickens that were barbequed were soon all sold. The event was also called "trade days" because of its similarity to the gatherings of people in early Bentonville who would do business on Saturdays. The event was a combination flea Market, garage sale, and art show all in one. The event was a great success. Before leaving at the end of the day, J. Dickson Black was overheard saying, "I knew it would work all along." 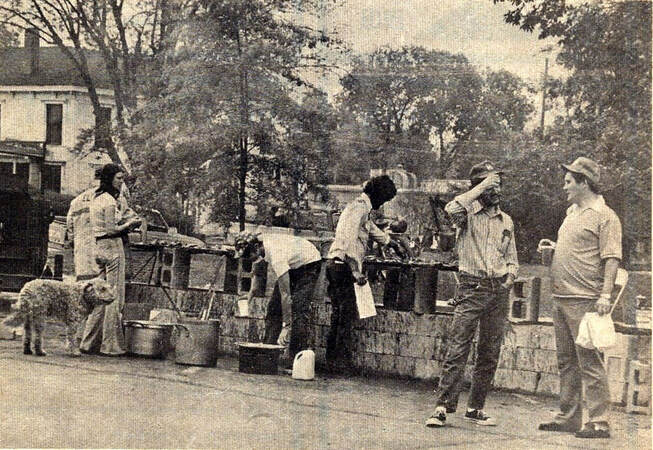 They barbequed 150 chickens on the first day of "Round the Square." Every last chicken was sold which helped defray the cost of the event. Some of those helping are (from left) Donna Rakestraw, Jim Walton, David Scoggins, Steve Marquess and Tim Summer.
​Photo from The Benton County Democrat May 4, 1977 (now the NWA Democrat Gazette)
​ 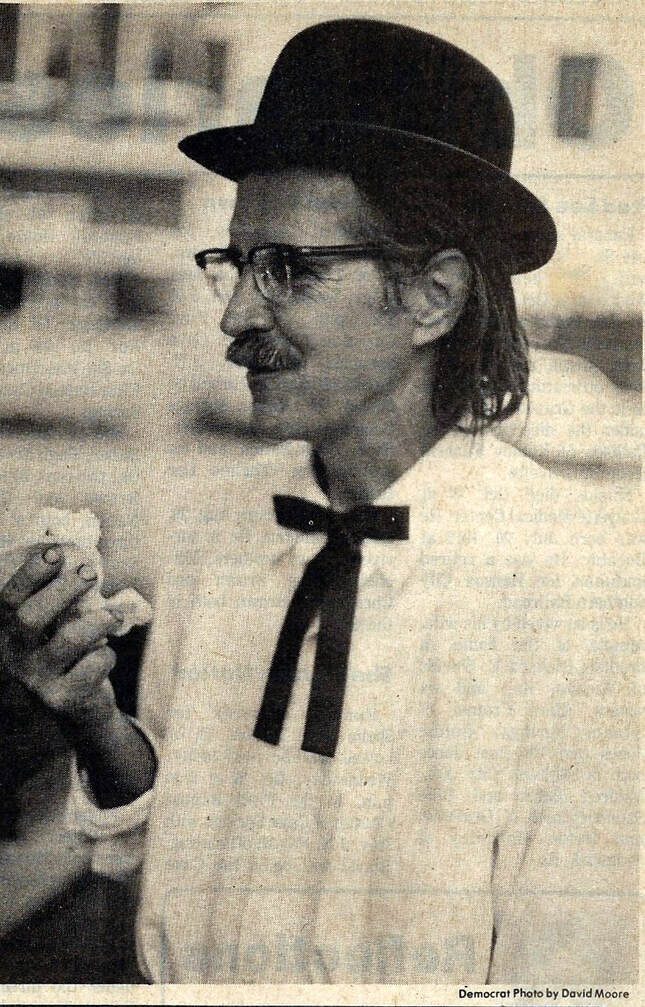 "Round the Square" continued every two weeks that year, finishing in October as they celebrated Bentonville's 141st  birthday.
​Here J. Dickson Black takes a big bite of birthday cake donated by local merchants.
Photo from The Benton County Democrat August 5, 1977 (now the NWA Democrat Gazette)
The vendor spaces for "Round the Square" were always free on a first come basis. You didn't have to sign up or see anyone, just show up. The event would run from 8 a.m. to 4 p.m. but vendors could set up early if they wanted and leave when they wanted. At the time, it was the only known event like it in the state of Arkansas.

Exhibitors could sell handmade crafts, books, antiques, collectibles, fresh garden items, or baked goods. Organizations with fundraising programs were always welcome to set up. Some participants just wanted to sing or play a musical instrument, and they were welcome. If a person just wanted to show a collection, they would help you set up. Mr. Black many times referred to it as a fun fair where people could just come and visit with each other or with the vendors. 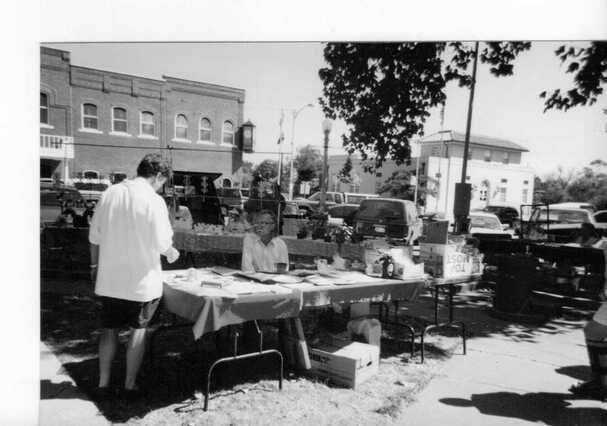 This is a photo of J. Dickson Black on the Bentonville square where you would find him every Saturday. Mr. Black alway had an interesting story to tell about the history of Bentonville.
Many changes have taken place over the years. The event has now become weekly, and the name has been changed to the Bentonville Farmers Market. One thing has stayed the same over the years. The Black family has been a part of the Round the Square / Farmers Market for the last 43 years. Although J. Dickson has been gone for many years, his daughter Gabriella (Black) McFall, still sets up on the square regularly. A marker has been placed on the square to honor J. Dickson Black's efforts to establish the event and to keep it running during the many years of his life.  It sits near the southwest corner of the Bentonville square. 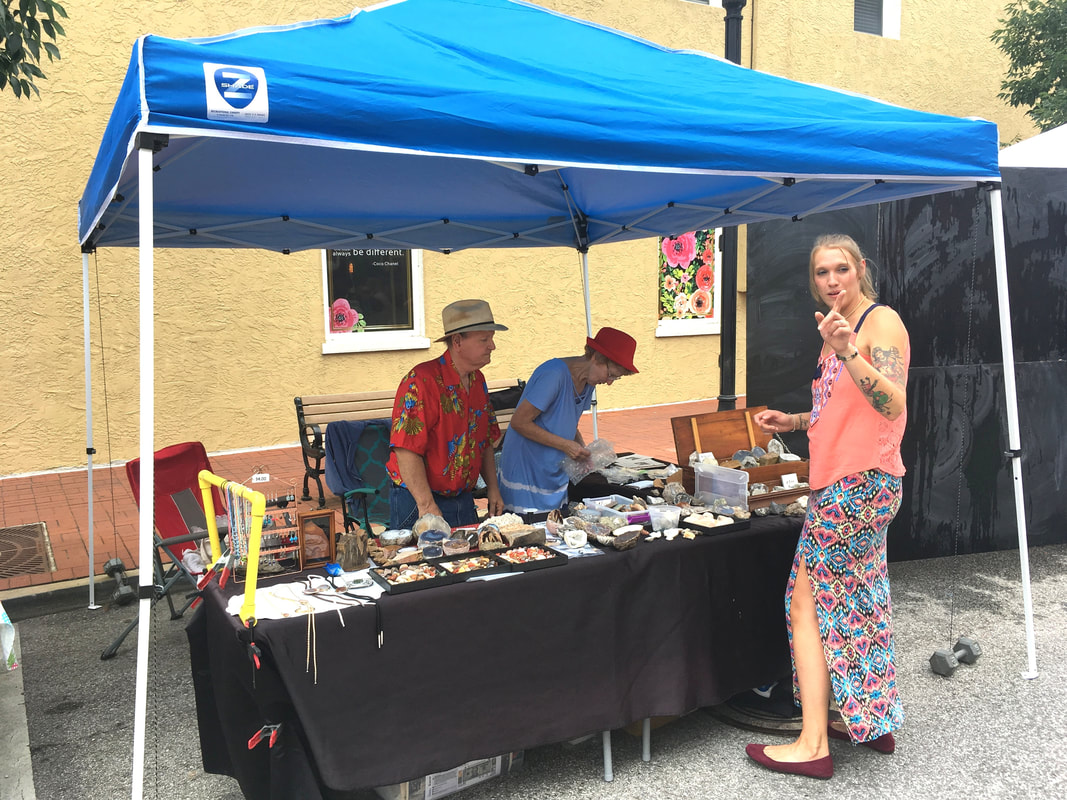 This is the booth of Gabriella (Black) McFall, daughter of the late J. Dickson Black. The McFalls sell different types of rocks, and their booth is very popular with the children.