Sager Family One Of The First Benton County Families

The Sager Family One Of The First Benton County Families
Article written by Billie Jines in her column "The Way I Heard It"
From the Pea Ridge Graphic, 1966
The log cabin home of the earliest settlers in Northwest Arkansas, Simon Sager, seems destined to be restored "as a memorial to give future generations a constant reminder of the sacrifices our forebears made."

Sager's hewn log cabin chinked with lime mortar stands on the John Brown University campus in Siloam Springs. Behind the 130-year old cabin [at the time of the article's writing] stands a fine new gymnasium in its first year'suse, posing an interesting meeting of old and new on the lovely campus.

A german immigrant, Simon Sager and his wife, Wilhemina, along with four of Simon's brothers, came to America in 1832, when Simon was 30. They settled first at St.Louis, but moved on to Westport, Mo., when the city of St. Louis was platted.  Again, they erected a cabin and settled down to farm - only to see Westport planned as a city. Apparently, it was as early as 1834 when Simon Sager arrived in what is now Siloam Springs. That was only 15 years after the first white man is recorded to have struggled up through the area we now know as Northwest Arkansas.

Standing before the old cabin today, a visitor finds it hard to look at the background of university structures and imagine what the hillside must have been like when the Sagers were rearing their family there. Wild animals roamed the countryside in those days, with a herd of buffalo recorded to have grazed between what is now Fayetteville and Springdale. Indeed, Simon Sager was to meet his violent death at the hands of a roving band of Indians.

Sager's death inspired a story about him in the Benton County Pioneer, the historical society publication, in 1960, entitled, "The Tragic Story of Simon Sager." He also figures in the Pioneer's story of the Methodist Church, published in 1959, which says: "When Simon Sager came to Siloam Springs in 1834, one of the first Methodists came to this section, and from that time to this some kind of Methodist services have been held in and near Siloam Springs."

It is said that the first Methodist Church of the town was founded there at the Sager Cabin. Goodspeed's "History of Northwest Arkansas", published back in 1889, says that Sager is believed to have been the first settler in the Hico-Siloam vicinity. The lovely stream that meanders through the town bears Sager's name. 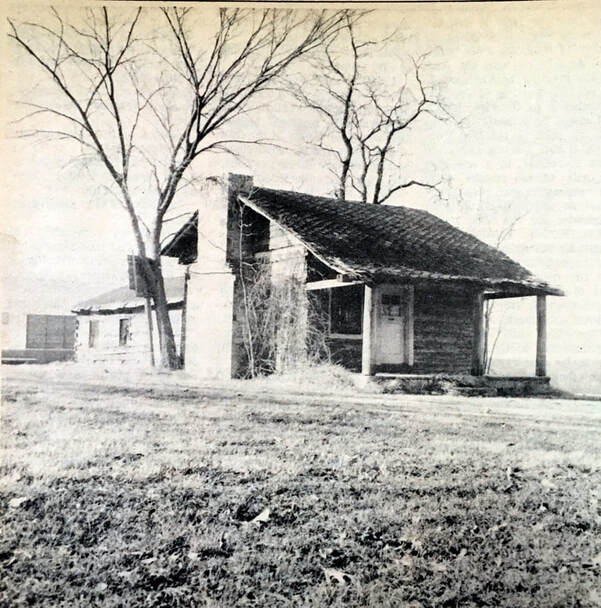 Sager's cabin as it appeared in 1966
The Benton County Historical Society has requested a landmark status for the cabin from the Federal Historical Studies Commision. Congressman J. W. Trimble also recommands that the cabin be listed in the Registry of National Historic Landmarks. The city of Siloam Springs is eyeing possible restoration of the cabin through its City Beautiful Committee. [The Sager cabin was placed on the National Historic Register in 1976.]

Meantime a great-granddaughter of Simon Sager, Mrs. Melvin Smith, has written and published a booklet entitled, "Siloam Souvenir - Simon Sager Memorial." Containing a detailed biography of Sager and 25 pages of poetry written by Mrs. Smith (who was a state Poetry Day award winner last year), the book being sold by Mrs. Smith and through downtown merchants of the city to raise funds for a new roof and other phases of restoration for the historic cabin. More than 400 copies of the dollar book have been sold to date, with Mrs. Smith donating her entire part in the book, including the cost of publishing  it.

According to the book, tragedy struck at Simon Sager more than once. When the family was preparing to come to this area from Westport, one son was sent into the woods to search for timber with which to make a new ox yoke. He was struck and killed by lightning. Another son, a Methodist preacher, was killed during the Civil War.

When Simon Sager was killed in August, 1864, his wife had to dig his grave, since the men of the area were involved with the war about them. He lies in the old Baptist Cemetery in Siloam Springs, with his grave marked with this simple inscription: "S. Sager, Born 1802, Died 1864." 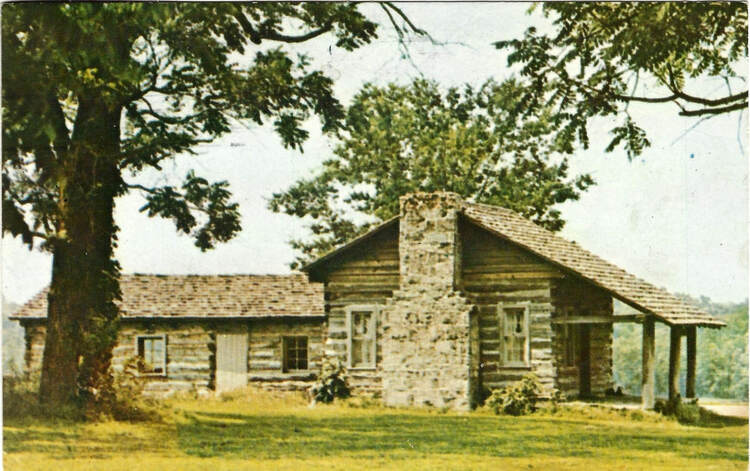 A more recent image of Sager's Cabin in Siloam Springs