Bentonville Loveliest Trees
Story adapted from writing of J. Dickson Black
A large sycamore that once stood where the north entrance for the Wal-Mart Supercenter is was once a landmark in the area, Big Tree Reality was located in front of the tree. This sycamore was the largest tree in Bentonville and possibly in all of Benton County at that time.  When this article was written in 1960, it was believed to be about 75 years old, according to a tree specialist from the University of Arkansas. The property where the tree was located belonged to Harvey Brown at that time.

​ At the base of the tree, just above the roots, the tree measured 22 feet around.  It measured 123 feet wide from limb tip to limb tip. The height of the tree was never officially calculated. The tree was removed by the city in the late 1990s because it was dying. A slab from the tree was taken to the Peel Mansion and can still be seen outside the museum. 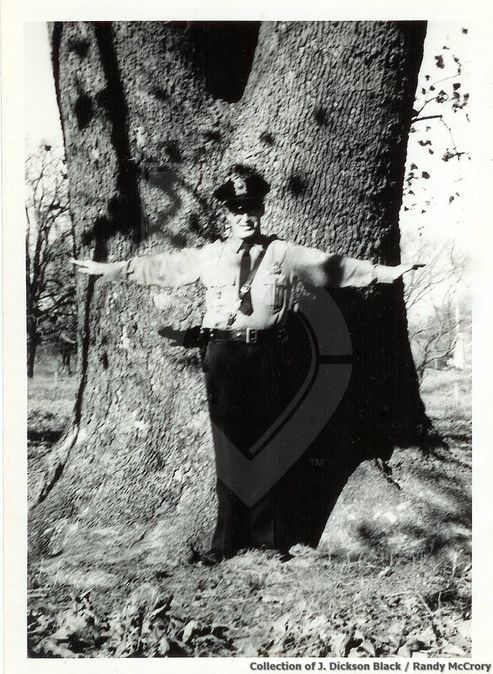 Paul Brewer, the Bentonville police chief in 1960, stands against the trunk of the sycamore tree. 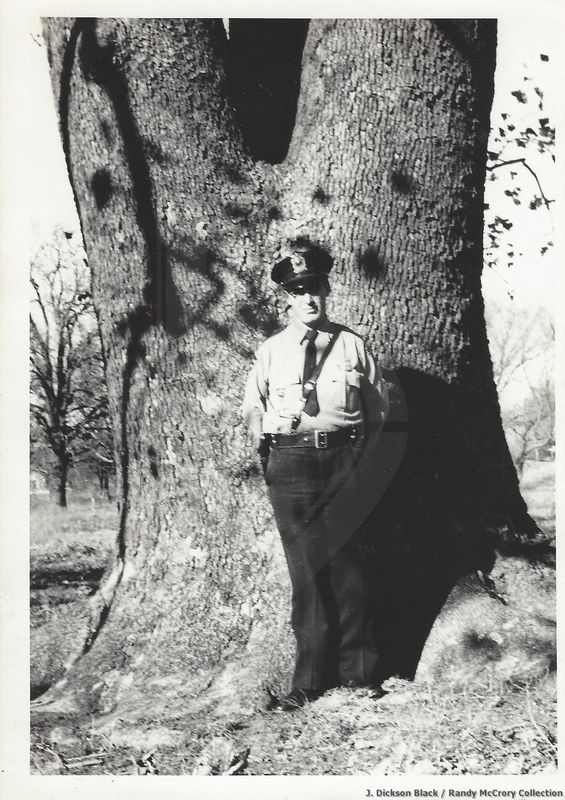 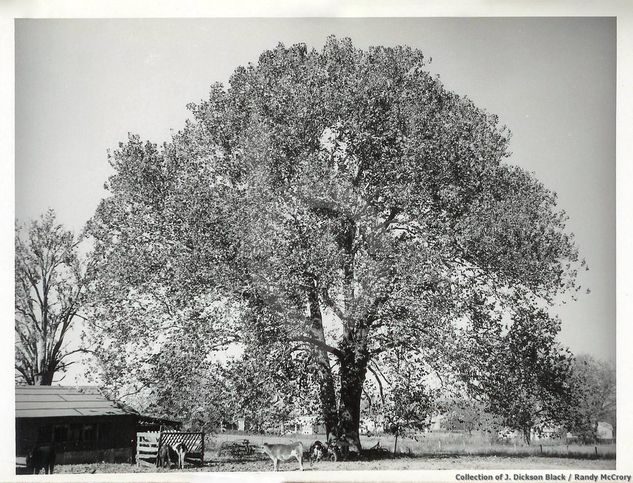 This was one of the nicest shaped trees in town.