True Tales from The Hills (Part 4) - Shoemaker's Cave
By Nolen Bulloch  - Benton County Democrat May 28, 1936 now NWA Democrat Gazette
A goat recently fell through a made hole into a cave, and early hill settlers recalled the history of the cavern.

It is the story of Shoe-Maker's Cave.

The cave is located two miles west of Bentonville

Besides a lack of food, ammunition and clothing, Confederate soldiers fighting in the Northwest section of Arkansas and Southwest Missouri were sadly lacking in footwear.

Because of the danger of being caught making shoes, Southern sympathizers sought a place where they could work  with impunity.

They selected the cave, located in an out-of-way place; its entrance obscured. 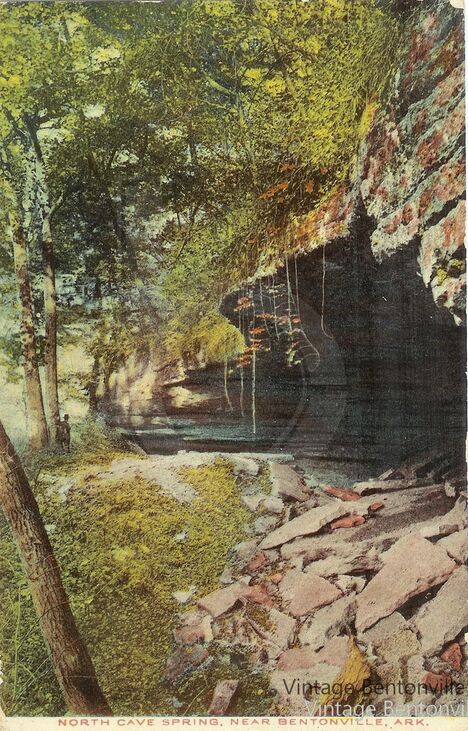 This is not Shoemaker's Cave, but another cave in the area. The location of Shoemaker's Cave remains unclear, but there are apparently people out there who know where it was.
​
There they worked in safety, turning out shoes for the soldiers.

The goat fell through the hole which had been made for a flue.

​But it led to recollections of Shoemaker's Cave.

The oldtimers chuckled once again, chuckles more open than the ones in the [18]'60s when a young Union captain was forced to report to his commanding officer that: "I am sorry to report, Sir, that I can't find where those damned rebels are getting new shoes."