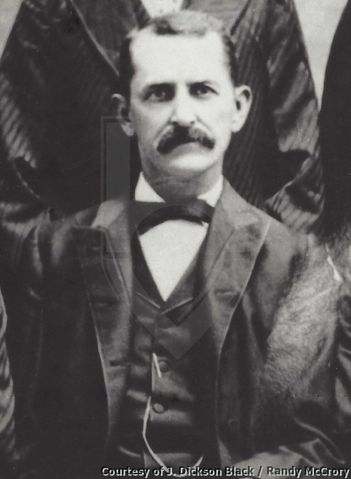 ​Col. William A. Terry was born in Glasgow, Barren County, Kentucky, in 1844 and was the son of Bennett W. and Ruth (McDaniel) Terry. He was brought up on a farm until he was 14 years old and received a good practical education in the common schools. He then left home and took a position in a dry goods store in Horsewell, KY. He was employed until the Civil War broke out, and he enlisted in Company F, Sixth Regiment Kentucky Infantry in September 1861. He served in the Confederate army until he surrendered May 20, 1865 at Glasgow, Ky. He fought in the battles of Shiloh, the first fight at Vicksburg, Baton Rouge, and Murfreesboro, and al the engagements from Dalton to Murfreesboro. He was held a prisoner for 20 days.

After the war, he worked in several business houses in Tennessee and Texas. In 1871 in Dallas, he married Miss Kate Smartt, a daughter of Dr. John Smartt. She passed away less than two years later in 1873. The next year Col. Terry moved to Bentonville.

A while after moving to Bentonville, he married for a second time, taking for his wife Miss Susan Smartt, sister of his first wife. He had three children by this marriage, and one child by his first.

After moving to Bentonville, Col. Terry engaged in a dry goods store for the next 26 years. He was known to be an honest and upright man in the community. They said he had many items that could usually only be found in the big stores in Little Rock. "For the people who only want the best," he would say. In one of his ads, he advertised fine suits from $2 to $7 dollars, of course, the finest made.

In 1887, Mr. Terry had a 12 room hotel built in Bentonville. He was met with success in all of his undertakings. Also in 1887, Mr. Terry became interested in the Benton County Bank and was elected president of the same. He was still president in 1899.

Mr. Terry also owned several farms out in the county. He had the largest Jack (mule) farms in the state of Arkansas. On one sale bill he listed 40 Jacks and 60 Jennets to be auctioned. One of his Jacks sold for $1500 when it was three years old. 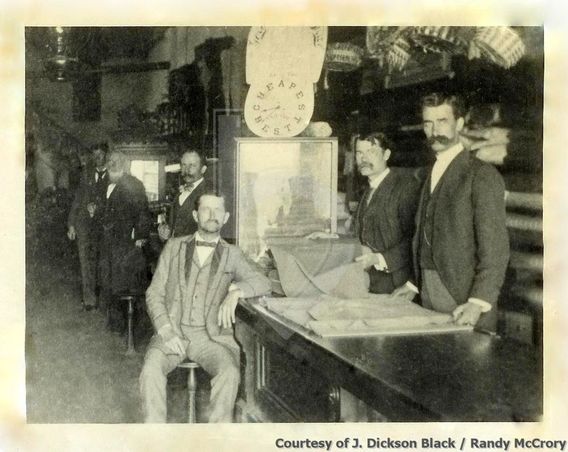 Photo of William Terry sitting in his store 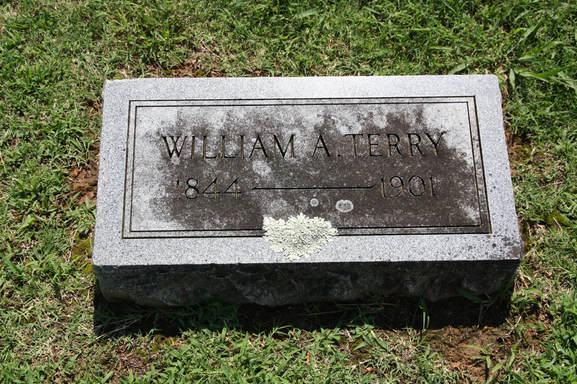