The Lost Community of Electric Springs

In 1881 the Electric Springs resort community was laid out. At that time, the plan was to have 45 blocks surrounding the spring. It's hard to  imagine now where they would put 45 blocks on those hillsides. The Frisco Railroad took notice of the springs in 1888 and had a hotel built across from where the spring was located.

​This little community used to sit about a mile and a half from Arkansas Street out what is now highway 12. The only thing that remains of this community is a stone structure that sits off to the right side of the road at that point. It looks almost like long-lost structure from some ancient civilization. When you have found that structure you have found all that is left of Electric Springs. 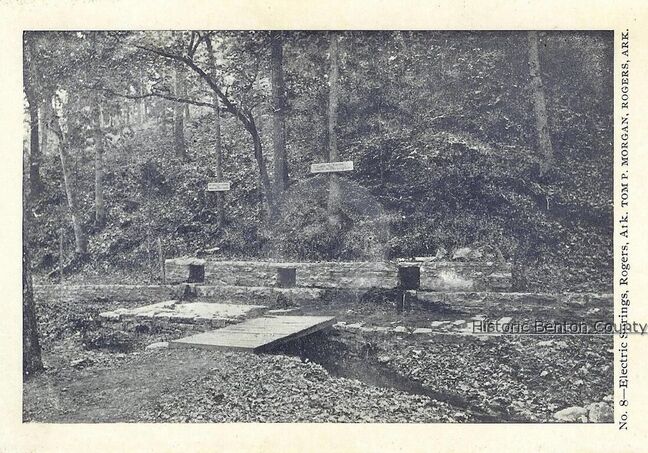 This photo was taken about 1907 after they had built a stone structure around each of the three springs. This it the only thing left to see of the community of Electric Springs. 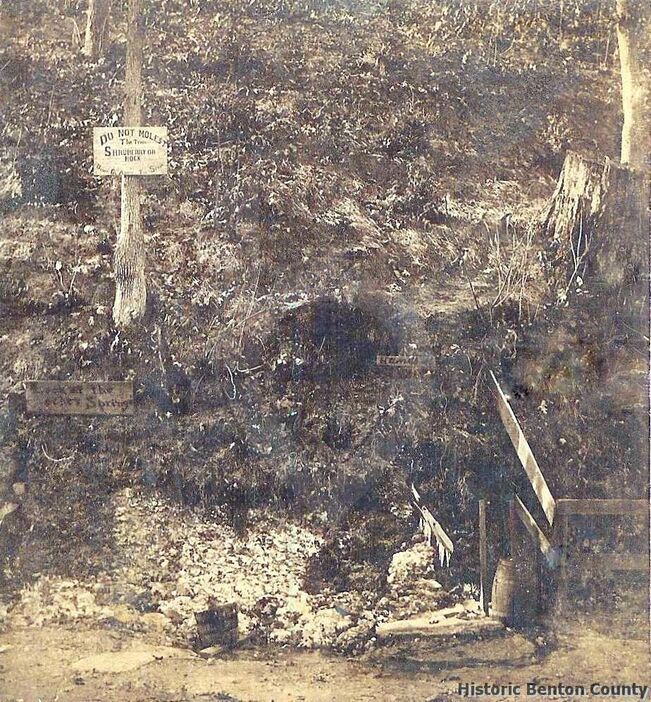 This is an early photo of Electric Springs from around 1881
The spring was located some 200 feet lower than the city of Rogers. The name Electric Springs was given to the three springs, or perhaps one spring with three outlets out of which the water ran. The water from the springs was gas free and the mineral content was not enough to give the water a taste. Around the turn of the century it was said that the water could cure just about anything. In 1897, an analysis was done on the water and it was said to help with styes, carbuncles, boils, internal abscess, glands, liver disease, scrofula, rheumatism, indigestion and constipation. It was said that if you you took a blade of a knife and ran it under the water of the spring it would magnetize the blade.

Just across the road from the spring was the community with two hotels, the larger being Electric Springs Hotel. There were also a boarding house and cottages built in the area. The hotel at Electric Springs changed hands frequently. In 1905, one of the hotels was made into a sanatorium. 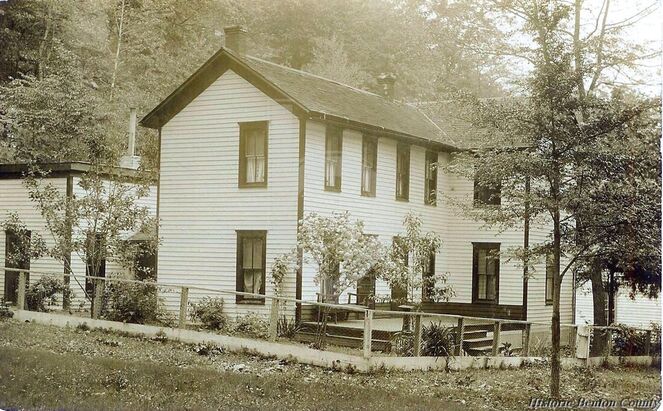 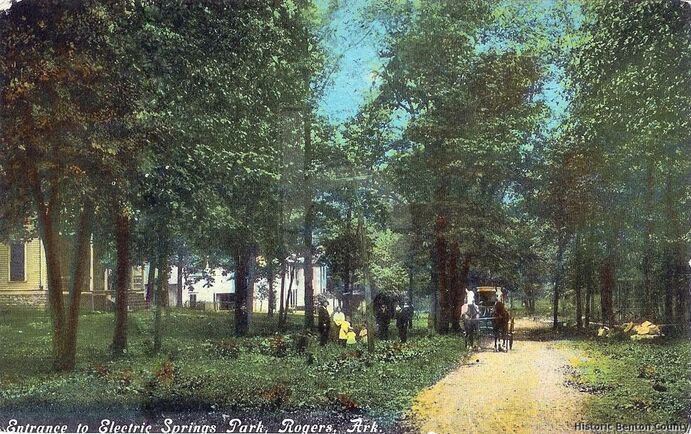 This is what the community looked like in the early 1900's
On hot summer days, people from Rogers would make the walk down the cool valley of Electric Springs. There was a bandstand there where the town folk would listen to the Rogers Hose Company band play for a couple of hours. The area surrounding the bandstand had a park like setting.

After the first decade in the 20 century there wasn't much to be found of the old community. In 1933, several buildings there, including the general store, burned down. The remaining hotel fell into disrepair and was taken over by squatters.

In 1941, the war had came along, and building material was scarce. An Oklahoma company bought the old hotel for what they could salvage out of it. That was the end of the community of Electric Springs.

As recently as the 1970s, you would still often see people getting water from the spring. The area around the spring is now quite overgrown.