​Office of B. F Sikes - Proprietor of The Rogers Town Site 1886
This is an advertising piece for B. F. Sikes who was the founder of Rogers. He donated the land for the railroad to come through town. He also laid out the original town site.
Rogers, Arkansas
The thriving little city of the above name was founded in 1881, only five years ago, when the steam whistles of the St. Louis & San Francisco engines first gave forth their shrill shrieks in the Great Northwest. It was named after C. W. Rogers, late General Manager of the 'Frisco Railroad, and he, together with the entire company, has ever looked upon his namesake city with pride and gave it his fullest encouragement and assistance in helping to upbuild and maintain it. From its earliest days to the present it has seemed possessed with an almost supernatural growth, and has in a remarkably short time grown from a woodland pasture to a city of 1200 inhabitants, the most flourishing along the line of the 'Frisco road.

Rogers is located in the heart of Benton County, renowned throughout the Union for its fertile soil, rich pastures, healthy climate, pure air and fine water; its extensive wheat, corn and oat fields; its broad acres of fine stock country, its growing vineyards, its hundreds of acres of orchards which has caused it to assume the name of the "Orchard County of America," and its inexhaustible supply of timber and mineral. Surrounded as it is on the north, south and west by as fine an agricultural country as lies in the west, and on the east by as fine rock quarries and timber as abound anywhere, the business of the city is sure and unfluctuating and offers inducements to those desirous of engaging in business and to capitalists seeking safe investments far superior to those usually offered by railroad towns. 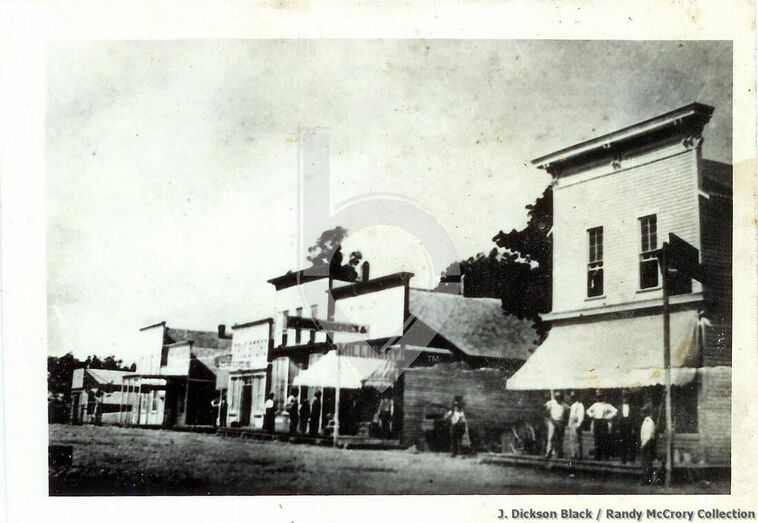 A Long Time Ago - The business district of Rogers as it appeared in 1882. These were the first business buildings in town. The picture looks south from Walnut Street down First Street.
Rogers is the end of the first division of the Arkansas Branch of the St. Louis and San Francisco Railroad. The round house is located here and many railroad men and train crews make this their home. There are two passenger trains daily and four regular freights, and in the busy season frequently as high as high as twenty trains in one day. It is confidently expected that when the railroad is completed through to Paris, Texas, Rogers will secure the machine shops, which will give the city a fresh impetus.

​The town is incorporated and has a first class Mayor, Marshal and Board of Aldermen, who always work in unison for the general welfare of the city. The streets are broad and well worked and good plank sidewalks abound on all the principal thoroughfares. It is well and abundantly watered by hydrants, the water being forced from one of many inexhaustible springs, which abound in the immediate vicinity, among which are the celebrated Electric Springs, renowned throughout the West for their health-giving waters. 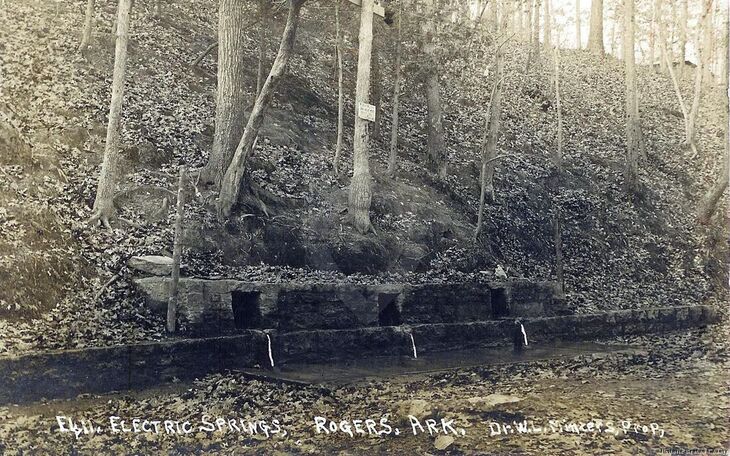 The sanitary condition of the town is excellent and the health unusually good. The business houses are large, well-built frame and brick structures, while the residences and cottages are of the most modern style. The lots are large and level and can be purchased at very reasonable figures. Rents are low and taxes nominal. The morals of the town are good, there being six churches, the M.E. Church, South Cumberland Presbyterian, M. E. Church, Baptist, Christian and Congregational, nearly all of which hold services twice each week and have Sunday School every Sunday. The citizens are social, energetic, enterprising, accommodating, quick to commend and slow to condemn, and always extend a welcoming hand to strangers who may chance to fall among them.

The Rogers Academy is one of the best schools in the State, having a first-class faculty of competent and eminent instructors and a convenient, fine and comfortable building. The school is truly a credit to the town and draws students from abroad each scholastic year. 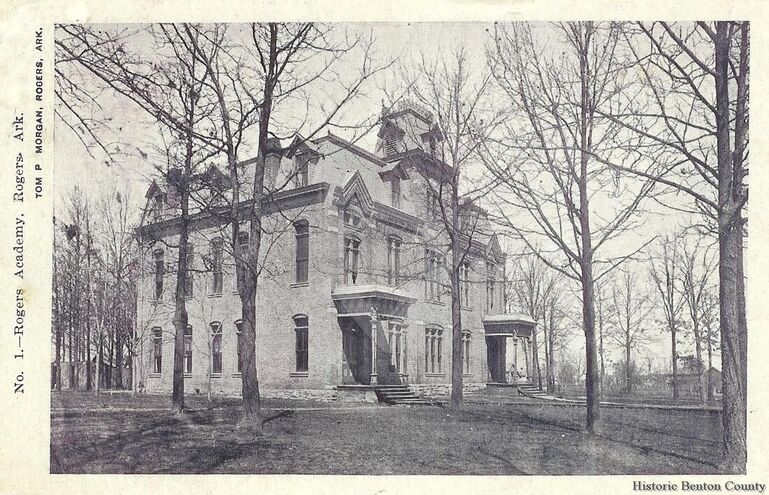 A stock company with capital stock of $10,000 with power to increase to $50,000 has recently been organized under the name of "The Rogers Milling Co., " and one of the finest roller mills in the State is now under construction and will soon be completed at a cost of $20,000. The mill will have the capacity of 75 barrels of flour and 75 of meal per day. 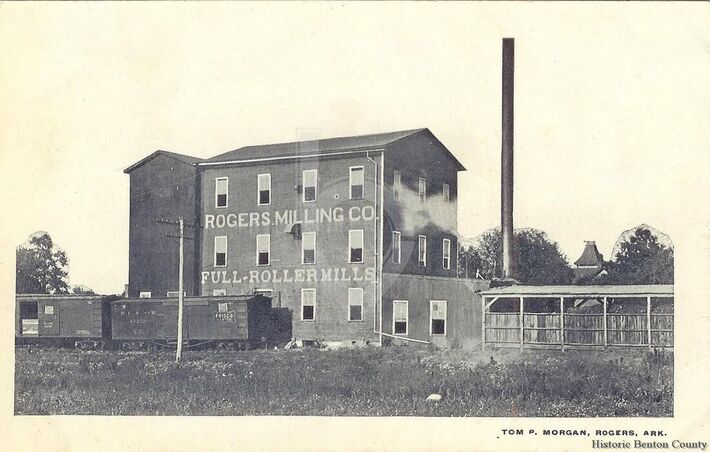 D. Wing & Bros., of New York, have extensive fruit evaporators here which are kept constantly running day and night at least four months in the year, and are doing a very large and lucrative business.

Our hotel accommodations are first-class and board is cheap. Our farmers are prosperous, trade is good and the town is steadily and substantially improving. We invite all classes of immigrants, but more especially do we need more capital to assist in developing our wonderful natural resources, and more good, substantial farmers, fruit-growers and stock-raisers to the better utilize our fertile lands. We need more manufactories and will do all in our power to assist and encourage those who may desire to locate among us.