Tobacco in Benton County
By J. Dickson Black
There was a time when people living in Benton County could buy cigars, chewing and smoking tobacco that was raised and processed right here in the county.

When early settlers came to the area they brought their own tobacco seed and planted a few rows each year. This tobacco proved to be of good quality, better than they had grown where they came from.

Tobacco could be grown any place in the county but it seemed to grow best in Bentonville, Cave Springs, and Morning Star areas, as here was where most of it was grown. Or it could be that more growers settled here in these areas first.

The first tobacco growers had small crops and used most of what they grew themselves. After the Civil War they started growing bigger crops and had tobacco barns built for drying the tobacco. 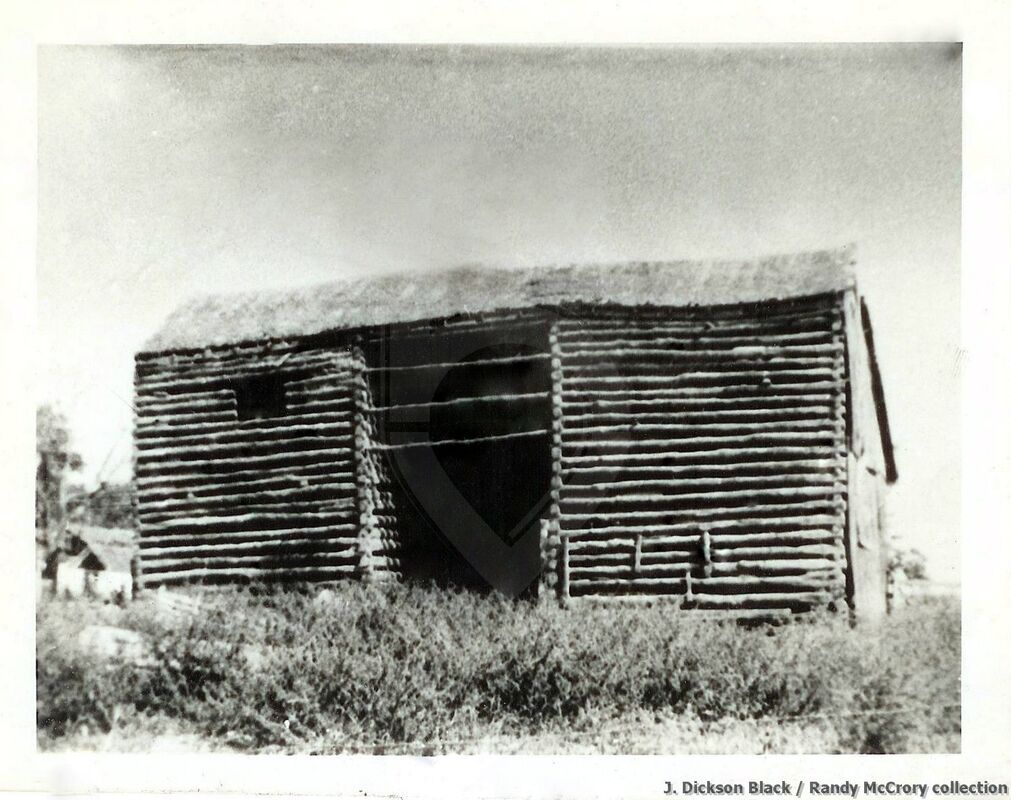 One of many tobacco barns that could be found in Benton County
The first of the large growers had to take their tobacco by wagon a long way off to be sold. Many went to Pierce City, Mo., which was the closest railroad until the Frisco railroad was built across the county in 1881. From there they could ship to one of the big tobacco buying houses in St. Louis.

It is not known for sure when the big tobacco companies sent their first buyers into the county but it must have been in the early 1870s. At first they would go from farm to farm buying, then they started buying through local tobacco factories all of which were in Bentonville.

These factories in Bentonville bought tobacco from farmers in any amount or grade they had to sell. In these buildings it was graded and packed in large barrels that they called hogs heads.

Several types of tobacco were grown in the county including Virginia Golden Leaf, White Burley, Yellow Pryor, and Hico Wrapper Leafs. This leaf was used as a wrapper for cigars. Buyers all paid a premium price for the Hico wrapper grown in the county as it was far better quality then that grown anywhere else in the country.

Some bigger tobacco growers had their own equipment to make twists and plug chewing tobacco as well as several grades for smoking. They made their syrup to flavor the chewing tobacco, so their tobacco business was a full time year around job. Whenever they had a wagon load they would take it to some rail head and ship it, or they could sell it to some freighter who in turn would sell it to stores in the area.

For years Trotter & Wilkers was the biggest tobacco company in Bentonville and made a full line of tobacco goods which sold over a six state area.

In 1887, a group of local men bought them out and renamed it Arkansas Tobacco Co.

Their salesmen traveled over the seven state area selling their brands of pugs, twists, and smoking tobacco. Their most popular brands were Golden Leaf, Old Honey, and Half Bushel Twist, Old Rip Plug and Ozark and Trott smoking tobacco. They also sold packages of leaf tobacco for those who wanted to make their own smoking tobacco.

Tobacco crops in Benton County were so outstanding that the U. S. Agricultural report of 1880 used two pages in their book to report on them.

Benton County tobacco won first place in the Cotton Exchange Fair at New Orleans and at the trade exposition in Chicago in the early 1880s. It is also said to have won several first place awards in worldwide tobacco contests.

By the early 1890s many of the best tobacco growers had changed to growing apples. There was more money in apples and a lot less work.

On August 25th, 1898, the Benton County Democrat reported that Arkansas had dropped from the statistical report of tobacco growing states.

That ended the tobacco growing in Benton County.