True Tales From The Hills (Part 2)
​An Early "Kingfish"

True Tales From The Hills - An Early "Kingfish"
By Nolen Bullouch - Featured in the Benton County Democrat May 28, 1936 now the NWA Democrat Gazette
The hill country did not have to wait until the event of the late Huey Long, to see some of the typical volcanic bombastics of the Louisianan dictator.

Gov. Davis trekked toward Bentonville to make a campaign speech. Word reached the hills that the governor was accompanied by a body guard.

A group of native sons was discussing this. Jeff Davis had injected a new color into the graceful art of running for high office in the state.

"Well, we got to do something," a Berry supporter exclaimed.

"And that we will." One of the group spoke. He spoke with a quiet authority. He was Alfred Smartt, son-in-law of Senator Berry.

The day before Jeff Davis was to speak, Smartt called a group of friends. He outlined his plan.

​The afternoon of the speaking, Smartt led his group onto the platform. The Davis party had not arrived. Shortly afterwards Davis arrived, surrounded by his bodyguard. 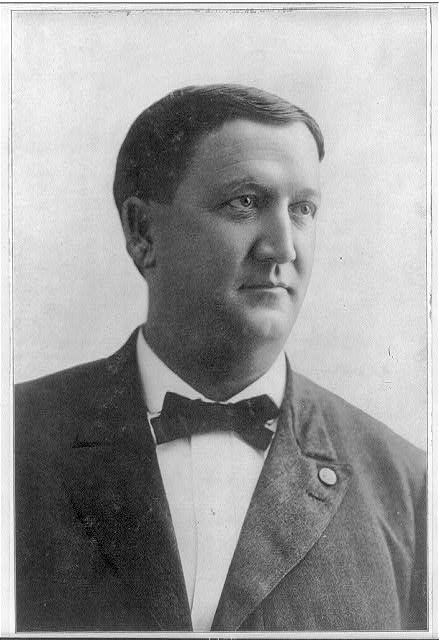 Arkansas Governor Jeff Davis
Smartt arose from his chair, walked over to Davis.

"Governor," he said quietly, "You can say anything you like, all you want about your platform, but if you mention Senator Berry by name, I'll shoot hell out of you."

He turned to the bodyguard.

"And you men are going to sit through the speech with your hands on your knees. Just like my men are doing."

Members of the Davis party twisted their heads to look at Smartt's men.

They were sitting quietly, their hands on their knees.

But each was holding a revolver in his right hand.

Gov. Davis, the papers of the day recall without comment, made an unusually dignified and serious campaign address.